BY Heather Hughes on December 7, 2016 | Comments: one comment
Related : Soap Opera, Spoiler, Television, The Young and the Restless 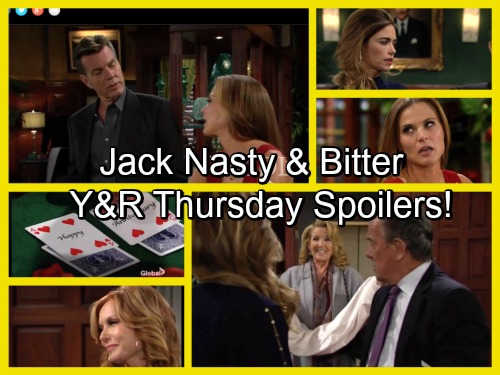 The Young and the Restless (Y&R) spoilers for Thursday, December 8, tease that Jack (Peter Bergman) will explode over Billy’s (Jason Thompson) attempt to reconcile. Jack will try to kick Billy out, but he’ll face some resistance. Billy will hint that Jack is being awfully hypocritical. After all, Jack’s affair with Jill (Jess Walton) led to John’s (Jerry Douglas) stroke.

As their argument heats up, Traci (Beth Maitland) will send them to their corners. She’ll shout that John would be ashamed of their conflict. Later, Ashley (Eileen Davidson) will speak with Jack privately. She’ll point out that she’s not a real Abbott. Ashley will wonder if Jack would ever shut her out like Billy.

Jack will contend that John always preferred Ashley over the rest of his kids. He’ll remind Ashley of how much good she’s done at Jabot. Jack will mention that he wants to get Brash and Sassy out of the building. Ashley will think Phyllis (Gina Tognoni) is the one who deserves Jack’s rage, but he’ll refuse to waste his time hating her. 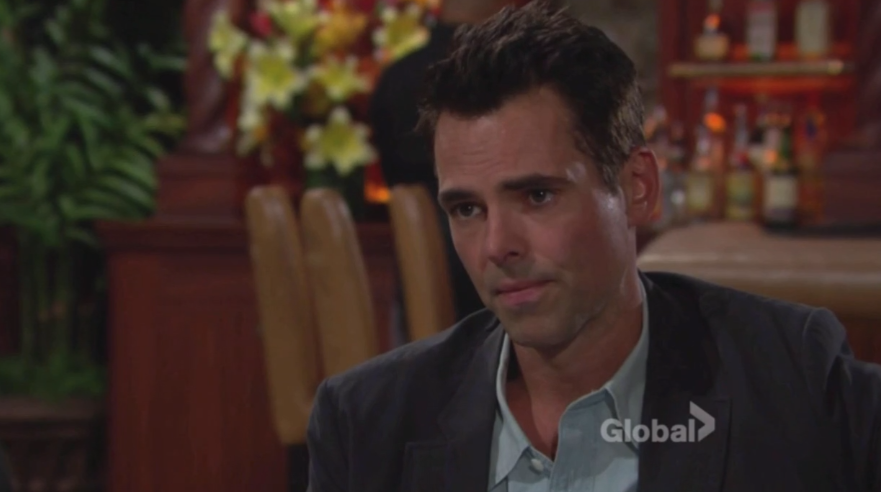 At Newman Enterprises, Victor (Eric Braeden) and Nikki (Melody Thomas Scott) will get caught up on Victoria’s (Amelia Heinle) failed romance. They’ll insist that Victoria made the right call. Victor will meet with Ashley a little later. They’ll talk about Abby (Melissa Ordway) and Victoria’s love sagas before Ashley dashes off.

Other Young and the Restless spoilers reveal that Lauren (Tracey E. Bregman) will get some troubling updates from Fenmore’s. She’ll find out that profits are down. Lauren will keep the news a secret from Michael (Christian LeBlanc), but she’ll fill Phyllis in once he steps away. Phyllis will believe going digital would help. She’ll offer to write a proposal since her future at Jabot is fizzling. 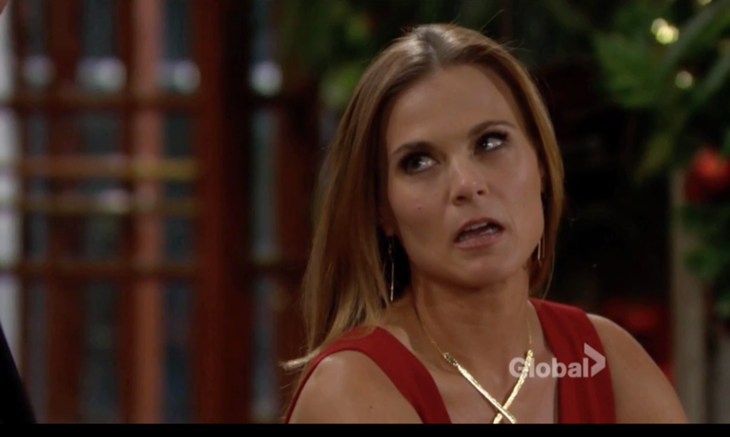 Lauren will head upstairs for an early anniversary celebration with Michael (Christian LeBlanc). He’ll have a blackjack table waiting for her as a nod to their engagement. Lauren will appreciate Michael’s thoughtfulness and they’ll prepare for some romance. Unfortunately, Lauren’s ringing phone will just lead to additional stress.

Meanwhile, Jack and Phyllis will start bickering again. Y&R fans know that Phyllis has been trying to win Jack over, but her plan just hasn’t worked out. Jack will encourage Phyllis to let go in Thursday’s episode. The Young and the Restless spoilers state that Phyllis will finally throw in the towel and they’ll say their goodbyes. 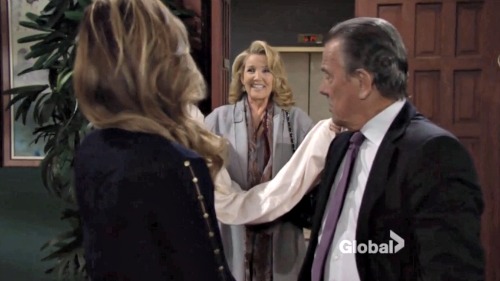 Traci will bring a Christmas tree home to decorate and Billy will pitch in. When Ashley arrives, she’ll note that their family could use a miracle. It might be the only way Jack and Billy can ever make peace. Traci will be determined to sort everything out.

Billy will find Victoria to discuss what they’re going to do about the kids this Christmas. Billy was supposed to take them so Victoria could get married. He’ll suggest that Victoria can have them for the holiday after all. Victoria will appreciate the gesture, but she’ll argue that it’s not necessary. 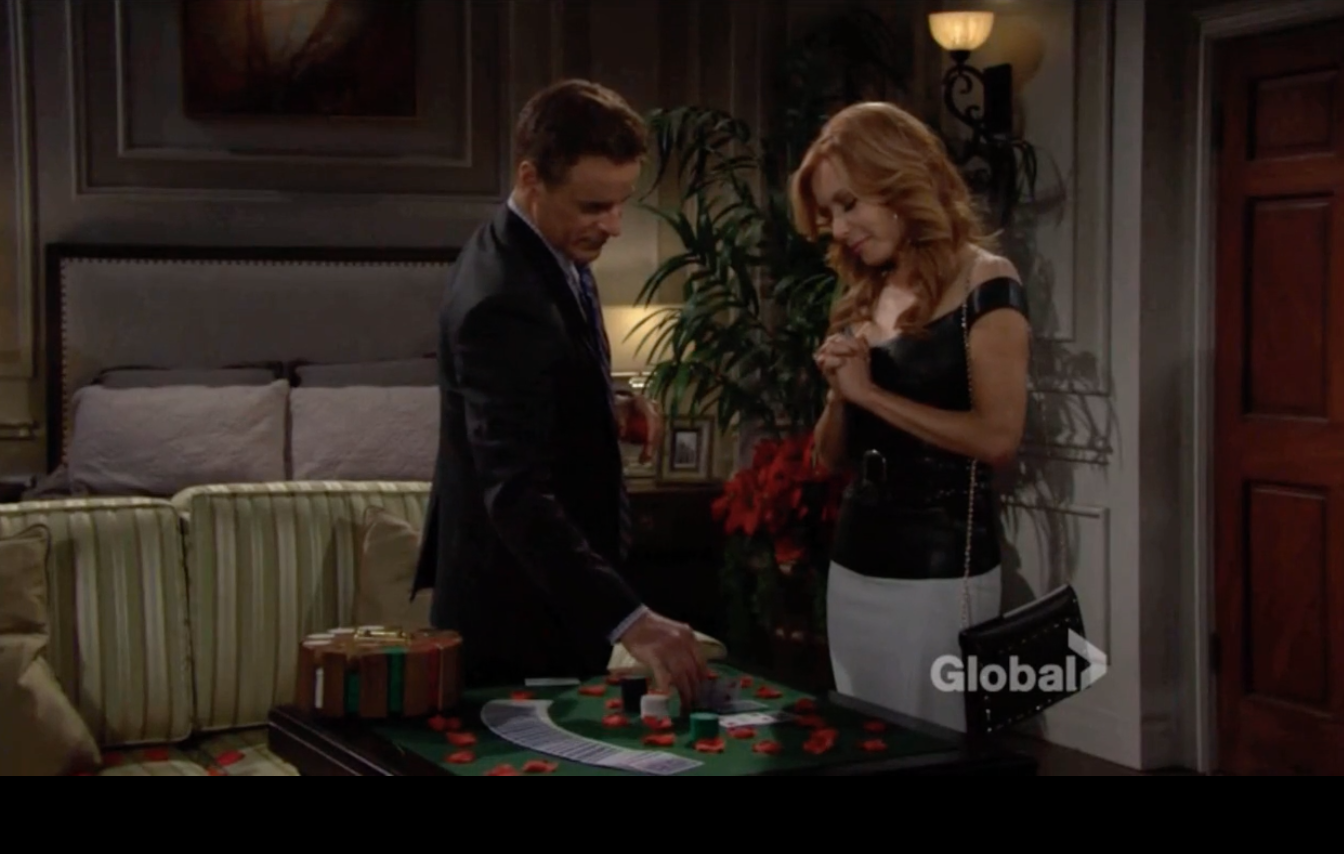 In Victor’s office, he’ll have some surprises for Nikki. Victor will pull out a necklace and announce that a jet awaits them. He’ll tell Nikki they can go anywhere she wants. A delighted Nikki will declare that they should pack.

It sounds like Y&R viewers will see several sweet moments. We’ll keep you posted as other info comes in. Stay tuned and don’t forget to check CDL often for the latest Young and the Restless spoilers, updates and news.