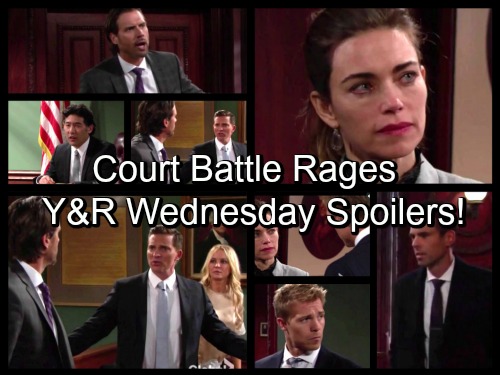 The Young and the Restless (Y&R) spoilers for Wednesday, November 30, tease that the battle will rage on in the courtroom. Nick (Joshua Morrow) was starting to think that Dylan (Steve Burton) deserved a place in Christian’s life, but he’s lost all compassion. Chelsea’s (Melissa Claire Egan) revelation totally changed the game.

Nick will maintain that a restraining order is the only answer. He’ll argue that Dylan and Sharon (Sharon Case) shouldn’t be allowed anywhere near his little boy. Tuesday’s Y&R preview video shows Nick yelling, “He knew his wife went behind my back to see my son! I can’t trust them around Christian!”

Sharon and Dylan will be shocked by Nick’s outburst. They’ll leap from their seats and try to put a stop to the madness. Dylan will ask why Nick is doing this. He’ll think the facts are being twisted and he’ll hope to clear everything up for the judge. 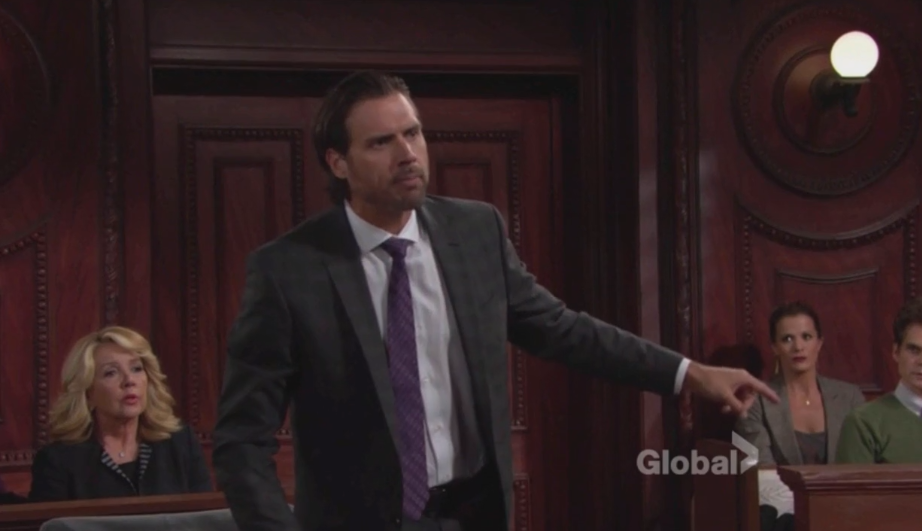 Chloe (Elizabeth Hendrickson) called Sharon over for a work-related issue. When Sharon arrived at the penthouse, she had no idea that Christian would be there. Was Sharon just supposed to turn around and let the baby watch her walk out? That seems awfully cruel. Sharon is the only mom that Christian has ever known.

Dylan and Sharon probably should have said something, but they knew Nick would flip out. Obviously, Nick is behaving as expected. The judge will finally pound his gavel and call for order. He’ll try to make sense of the mess that keeps getting messier. This decision won’t be an easy one.

Meanwhile, Victoria (Amelia Heinle) will struggle to accept Billy’s (Jason Thompson) accusations. Billy just blurted out that Travis (Michael Roark) cheated on Victoria. She’s been having some doubts about her fiancé, but she still won’t want to believe that’s true. 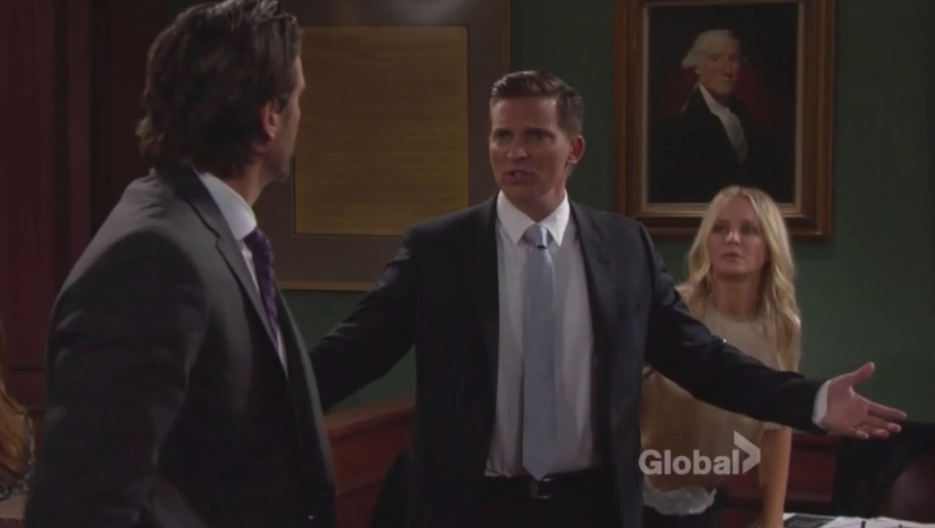 Victoria may suggest that Billy is making it all up out of jealousy. She already wondered if Billy was rooting against her marriage. The Young and the Restless spoilers say Billy will stand by his claims. He’ll insist that he didn’t want to break Victoria’s heart, but he couldn’t stay silent any longer.

Billy will believe it’s better for Victoria to know now. As painful as it is, it would be so much worse if it came out after they were married. Victoria would feel like a fool for marrying a man who had deceived her time and time again.

As Victoria tries to wrap her head around this, Billy will urge her to ask Travis about it. Victoria and Travis will get into an argument, but they’ll decide to take it somewhere more private. Once they’re back at home, Victoria will demand the truth. She’ll want to know if Travis really betrayed her. 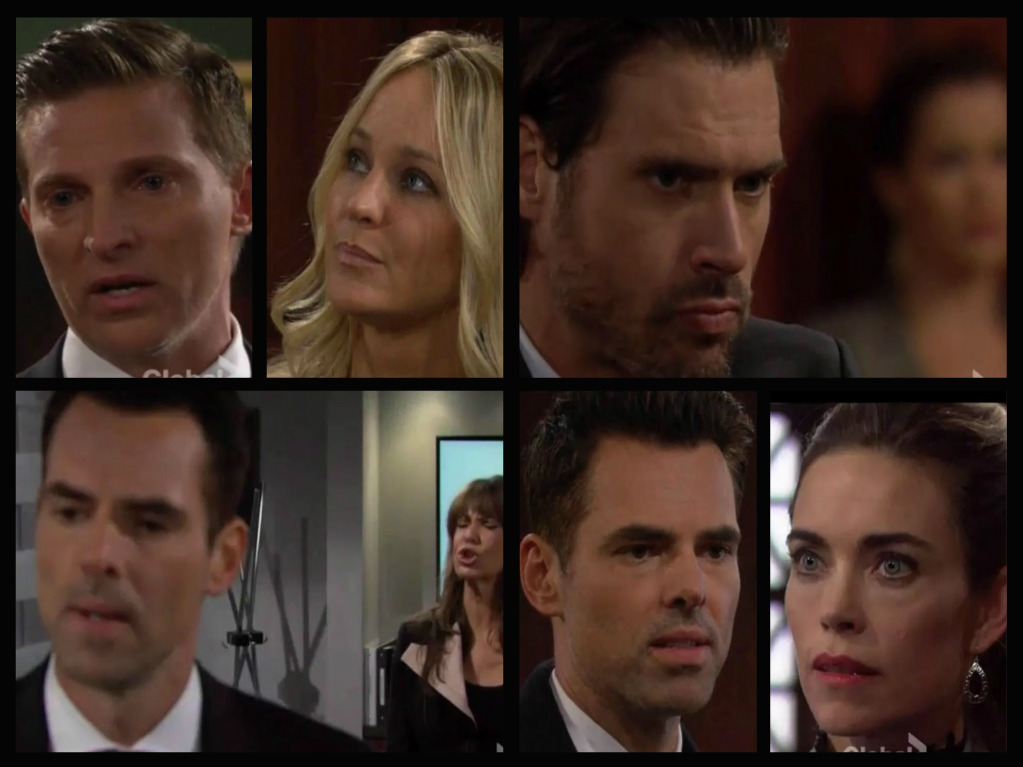 Since both Billy and Ashley (Eileen Davidson) are in the loop, it appears Travis will have to come clean. Y&R spoilers hint that Travis may admit he made a mistake. He slept with Michelle (Kelly Frye) and immediately regretted it. Travis will undoubtedly beg for forgiveness.

TODAY ON #YR: Dylan and Sharon are determined to remain in Christian’s life! pic.twitter.com/aJG1QihmXQ