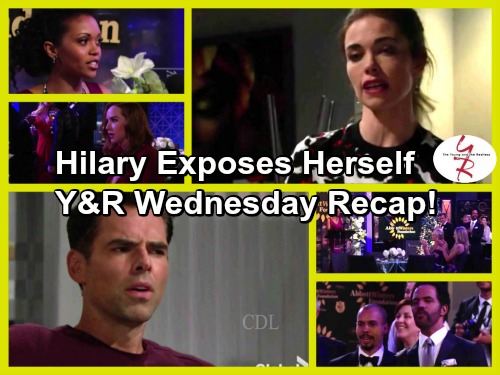 The Young and the Restless (Y&R) spoilers for Wednesday, December 28, tease that Abby (Melissa Ordway) will be feeling a bit blue. New Year’s Eve was supposed to be her first anniversary with Stitch (Sean Carrigan), but it just didn’t work out. Fortunately, Abby will make a potential friend. She’ll introduce herself to Ravi (Abhi Sinha) in Wednesday’s episode.

When Ravi finds out that Abby is Ashley’s (Eileen Davidson) daughter, he’ll be somewhat taken aback. He’ll glance over at Ashley as the gala gets underway. At Jabot, the Brash and Sassy team will get some good news. A security guard will point out that they’re no longer being evicted. 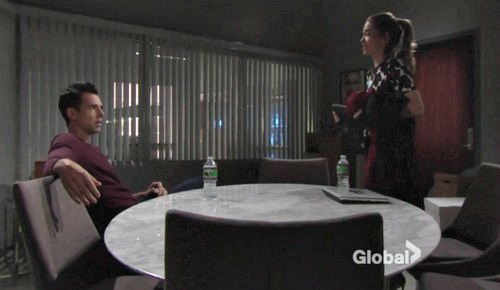 Billy (Jason Thompson) will think Jack’s (Peter Bergman) sudden turnaround seems awfully suspicious. Cane (Daniel Goddard) won’t need any details. As long as they can stay, he’s happy. Cane will dash off to the benefit while Victoria (Amelia Heinle) chats with Billy. She’ll suggest that Jack may have softened a little, but Billy won’t be so sure.

Victoria will inform Billy that he’s not going to wiggle out of this gala. She reserved a table and they’re all attending. Later, Nikki (Melody Thomas Scott) will provide updates on Jack’s deal with Victor (Eric Braeden). At home, Hilary (Mishael Morgan) will be in a tizzy over her hosting gig. She’ll worry that she’ll mess up while reading from the teleprompter. Devon will insist that everything is going to be fine. 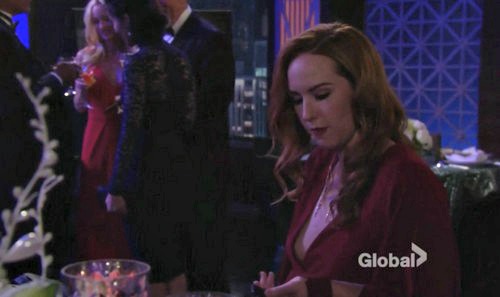 At GC Buzz, Mariah (Camryn Grimes) will receive the speech she’s supposed to prep. When she meets up with Devon, he’ll relay Hilary’s concerns. Mariah will assure Devon that she’s got this under control.

Once the guests start applauding for Hilary, Mariah will make a bold declaration. She’ll note that she won’t be the one taking a fall tonight. The Young and the Restless spoilers reveal that the auction will eventually kick off. Hilary will work the crowd as she introduces each item. 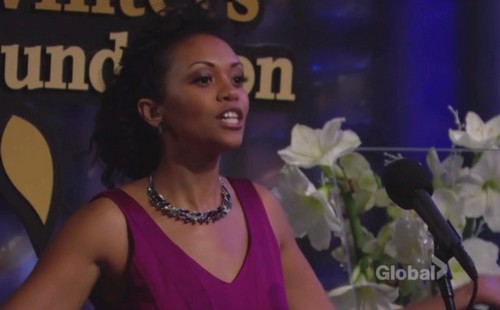 Devon will outbid Cane and Billy on a flashy sports car. Cane will turn his attention to a dress that Chelsea (Melissa Claire Egan) designed. He’ll snatch it up for Lily (Christel Khalil). Finally, a vineyard trip will be featured. Hilary will make a spiel about this getaway, but things will take a terrible turn. Y&R fans are in for a treat.

Hilary will mention that it’s a good idea to avoid vines that could be pulled. She’ll compare it to when she caused Mariah’s live TV tumble. The guests will gasp and murmur in confusion. Mariah will tell Devon that people need to see Hilary for who she really is. Hilary will be shocked by the words she just uttered. 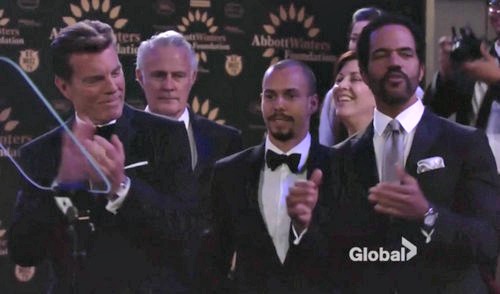 Meanwhile, Chelsea will opt for a lowkey night with Nick (Joshua Morrow) and Faith (Alyvia Alyn Lind). After watching a movie, Faith will drift off to sleep. Nick will put her to bed and return to Chelsea for a deep conversation. They’ll discuss their resolutions for the new year. Chelsea will confess that she wants to live in the moment more often. 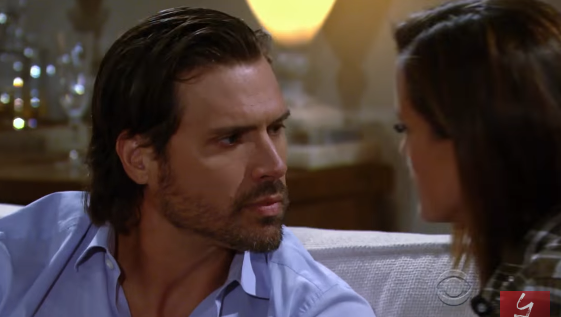 The Young and the Restless spoilers state that Nick and Chelsea will get closer. They’ll share a hot kiss on this New Year’s Eve. What does the future hold for Chelsea and Nick? We’ll keep you posted as other info comes in. Stay tuned to Y&R and don’t forget to check CDL often for the latest Young and the Restless spoilers, updates and news.  Come and join in the LIVE discussion on our Facebook Page!