The Young and the Restless Spoilers: New Actor Fills Adam Newman Role – As Talented As Michael Muhney and Justin Hartley? 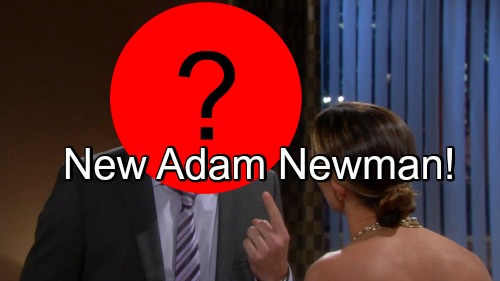 The Young and the Restless (Y&R) spoilers teased various resolutions to the Adam Newman (Justin Hartley) problem. Calls for Michael Muhney’s return began the moment it was first announced that he’d been let go from the show in late 2013. Renewed emphasis on this option intensified as soon as rumors of Hartley’s impending exit began trending.

Now, the real possibility of another new Adam exists now that The Young and the Restless spoilers have indicated that he is alive. But, is it realistic to expect Y&R to hit the talent bull’s-eye three times in a row?

Chris Engen isn’t often cited as the best actor to have played Adam. While Engen became the first adult to portray Victor (Eric Braeden) and Hope’s (Signy Coleman) son, he wasn’t on the show long enough (2008-2009) to make a deep impact. Plus, with his last episode having been filmed at the tail end of the last decade various viewers are unfamiliar with Engen’s work.

Instead, Muhney generally takes top honors for his portrayal of Adam. Muhney’s run (2009-2014) was an unabashed success, according to those who matter most. His vociferous and enduring fan base also underscores the consistent depth of his performance. Muhney was, in fact, terrific.

Michael Muhney was followed by another formidable actor. Justin Hartley offered a toned down version of what had been a wired role. His on-screen demeanor and self-deprecating social media interactions equally helped to endear him to the audience. Hartley wasn’t looking to supplant Muhney, he just honestly offered a different view. And through that direct approach, he succeeded well beyond expectations.

A casting call this summer for a character named Dean may have been a smokescreen for the next Adam. It’s also possible that Dean is simply a new character who will arrive in Genoa City. With whatever is true, CBS’ top-rated steamer surely has been considering how best to address this part since Hartley’s representation advised that he was leaving for a lead role on NBC’s prime time dramedy This Is Us.

Now that Hartley has officially left Y&R, the future of Adam remains uncertain. The recast for this particular role is additionally vexing for new executive producer Mal Young and his staff due to recent recast history. The idea of scoring another solid choice seems daunting.

While Muhney and Hartley have and will continue to be recalled with fondness, is it reasonable to expect decision-makers to strike acting gold for a third consecutive time? Even if a solid choice is made, will that actor be able to deliver another believable and unique edition of Adam?