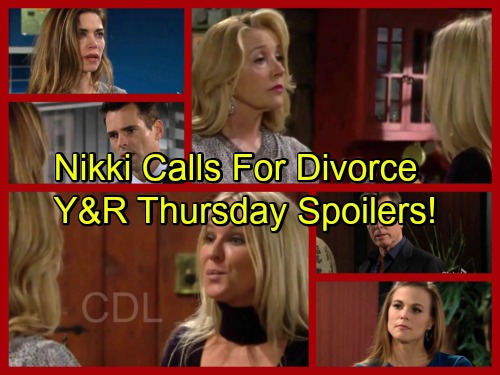 The Young and the Restless (Y&R) spoilers for Thursday, December 1, tease that Victoria (Amelia Heinle) will be distraught over her latest failed romance. Billy (Jason Thompson) will realize that Victoria is having a rough time with all of this. He’ll want to help if he can.

Victoria will try to push past her pain and anger. She’ll suggest that this is just one more relationship that hasn’t worked out for her. Victoria will add that she’s starting to get used to it. Billy might point out that Victoria isn’t to really blame for her romantic flops.

Travis (Michael Roark) hid the truth about his past, but Victoria tried to trust him anyway. Unfortunately, that decision came back to bite her. Travis deceived Victoria again after he cheated with Michelle (Kelly Frye). Victoria will feel stupid for believing in Travis, but Billy will insist that she’s just an optimist.

Billy might bring up his own failed relationship with Victoria. He may mention that he was the one who continually sabotaged them. The good news is that Victoria and Billy will have a second chance at love. The Young and the Restless spoilers say these former flames will grow closer in the coming weeks.

Elsewhere, Sharon (Sharon Case) and Nikki (Melody Thomas Scott) will argue about Dylan (Steve Burton). Y&R fans know that Dylan and Sharon have been trying to stick together. They just want to have Christian back in their lives. 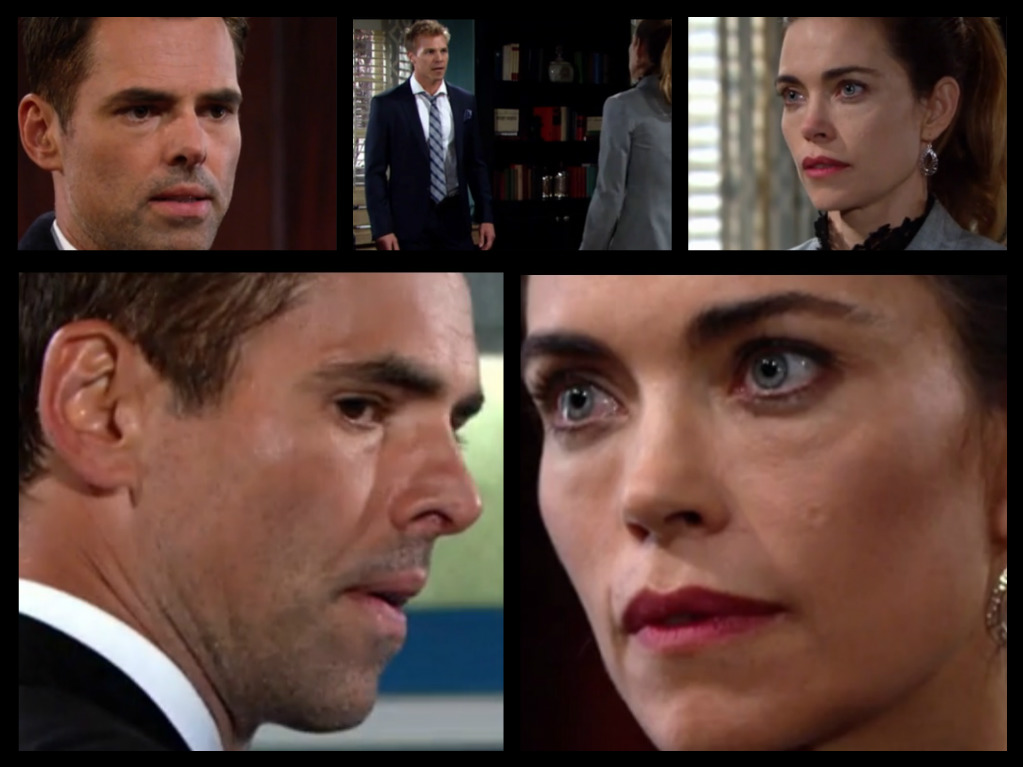 Nikki thinks Sharon is the worst thing that ever happened to Dylan. She’ll maintain that Sharon has brought nothing but sorrow and destruction to her son’s life. Sharon will assure Nikki that she loves Dylan. No matter what Nikki believes, Sharon will always stand by that.

Of course, Dylan would probably object to that idea – at least at first. We still don’t have confirmation on how Dylan will depart the CBS soap, but his exit is rapidly approaching. Dylan might mull over Sharon’s offer and take her up on it eventually.

Other Young and the Restless spoilers reveal that Neil (Kristoff St. John) will give Jack (Peter Bergman) a request. He knows Jack has been struggling since he found out about Phyllis (Gina Tognoni) and Billy’s affair. Nevertheless, Neil will hope that Jack is ready to stop dwelling on the past.

Neil will think Jack should give himself a sense of purpose by resuming his role at the foundation. Jack will listen to Neil’s advice and consider his future. He’ll realize that some changes need to be made. Later, Phyllis will hear about Jack’s new outlook.

Thursday’s preview video shows Jack saying, “It’s time for me to start letting go of the things that are holding me back and piece together the things that were broken.” Which category does Phyllis belong in? Stay tuned and don’t forget to check CDL often for the latest Young and the Restless spoilers, updates and news. Come and join in the Y&R discussion live on our Facebook Page!

Whose side are you on? Should Dylan & Sharon be allowed visitation with Christian? @sharonlcase @1SteveBurton #YR pic.twitter.com/HwWf3CvDgA