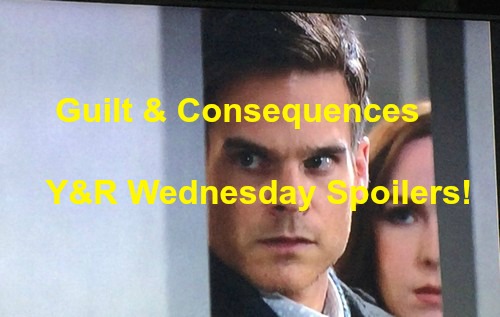 “The Young and the Restless” (Y&R) spoilers for Wednesday, January 6, tease that Abby (Melissa Ordway) will point out just how chummy Ashley (Eileen Davidson) and Dr. Neville (Michael E. Knight) are getting. When Abby suggests that the two of them are growing closer, Ashley will say she supposes so.

Stitch (Sean Carrigan) has been worried about Dr. Neville dragging Ashley into trouble. It appears Abby might be concerned as well.

Victoria will be interested in Dr. Neville’s news, but Billy’s doctors won’t feel the same way. Nevertheless, the fact that Dr. Neville offered to help will warm Ashley’s heart. Love could be blooming for these two soon enough. As for Billy, he’s in for a rough time over the next few days.

Billy will manage to pull through eventually, but his loved ones will have to endure quite a bit of heartache until he starts to recover.

At the police station, Paul (Doug Davidson) will mull over the circumstances that led to Billy’s injuries. “The Young and the Restless” spoilers reveal that Paul will ask Jack (Peter Bergman) and Phyllis (Gina Tognoni) what they know about the huge bet Billy placed. Paul will wonder why Billy needed to win big right now.

Nearby, Kevin (Greg Rikaart) and Mariah (Camryn Grimes) will eavesdrop on the conversation. Kevin will look nervous about Paul’s questions. It’s clear that Kevin still feels guilty about putting pressure on Billy to get the money right away. Mariah isn’t entirely innocent either. She convinced Kevin to double the amount he asked for.

It sounds like the puzzle is coming together for Paul. Kevin and Mariah aren’t the only ones with blame in this. Noah (Robert Adamson) is responsible for backing over Billy in the parking garage. How long will Noah be able to keep things under wraps?

Y&R viewers can expect major drama as the tension begins to build. Stick with the CBS soap for updates on how secrets could lead to harsh consequences.