The Young and the Restless Spoilers: Phyllis Breaks Down, Tells Everything to Furious Jack – Billy Bashed by Ashley and Victoria 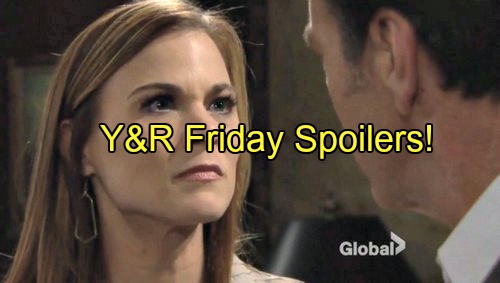 The Young and the Restless (Y&R) spoilers for Friday, September 16, tease that Travis (Michael Roark) and Victoria (Amelia Heinle) will be stunned by the state of Brash and Sassy’s headquarters. Thanks to Billy (Jason Thompson) and Jack’s (Peter Bergman) scuffle, the place is disaster area. This mess will definitely catch Victoria and Travis off guard.

Travis will say this wasn’t what he expected when Victoria said she wanted to show him around the office. Victoria will hint that it wasn’t what she expected either. She’ll probably want to talk to Billy (Jason Thompson) about how to conduct himself at work.

Of course, Billy has much bigger problems to deal with. The Young and the Restless spoilers reveal that Ashley (Eileen Davidson) will rip into Billy for sleeping with Phyllis (Gina Tognoni). Billy is livid with Ashley for blabbing about his love confession, but she’ll argue that the damage was already done. 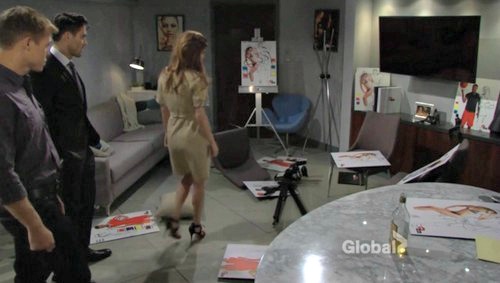 Friday’s Y&R preview video shows Ashley saying, “The moment that you and Phyllis gave in to each other, Jack’s marriage was doomed – whether or not he ever found out about it.” Ashley is obviously not pleased by her brother’s betrayal. Once the news gets back to Victoria, she’ll be equally outraged.

Meanwhile, Phyllis will face her fair share of drama. Billy’s part in the affair is terrible, but Phyllis is the one who broke her vows. She could’ve turned Billy away at the first sign of attraction, but she chose to take a more adulterous road. Now it’s time for Phyllis to pay the price.

The Young and the Restless spoilers say Jack will push Phyllis to answer his question. He just asked if Phyllis went to bed with Billy and he wants an honest response. Phyllis will look distraught as Jack presses for a yes or a no. 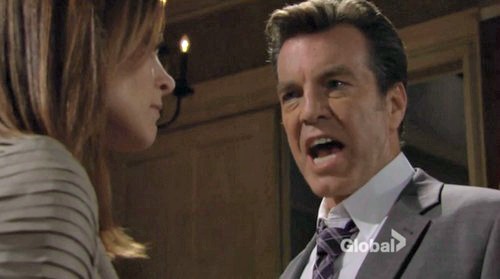 As Jack grows increasingly angry, Phyllis will suffer under the weight of her guilt. She knows she’s been caught and lying will only make the situation worse. Phyllis just can’t live like this any longer. Y&R spoilers indicate that Phyllis will decide to come clean. She’ll spill the whole story and beg for forgiveness.

Unfortunately, Jack won’t have much sympathy for Phyllis and her struggles. She grew distant from Jack after the Marco (Peter Bergman) reveal and that caused her to turn to Billy. Phyllis feels like Billy understands her like no one else can.

However, that didn’t give Phyllis a free pass to cheat. Jack may even wonder if Phyllis used the Marco issue as an excuse. He’ll be furious and that could lead Jack to say some things he’ll regret later.

Still, you shouldn’t expect Jack to feel anything but rage over the next few weeks. Jack will soon turn from this pain and focus on sweet revenge. Phyllis, Billy and even Jill (Jess Walton) will all need to watch out. We’ll give you updates as more details emerge. Stay tuned and don’t forget to check CDL often for the latest Young and the Restless spoilers, updates and news.