‘The Young and the Restless’ Spoilers: Team Victor or Team Adam – Father and Son Struggle Gets Desperate 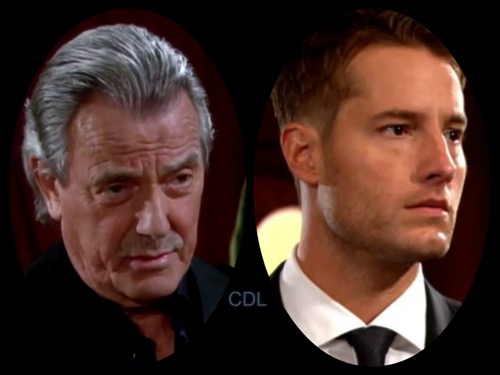 The Young and the Restless (Y&R) spoilers tease that the battle between Victor (Eric Braeden) and Adam (Justin Hartley) is far from over. Adam put a target on his back when he testified against Victor. He made things even worse by trying to blow Victor’s plan to get out of prison.

Of course, Victor continued to manipulate Meredith (Alicia Coppola) anyway. There’s still a good chance Meredith will help her prison lover. As for Adam, Victor intends on making him pay the price for his mistakes.

All Victor ever asks for is loyalty. If his children and grandchildren can handle that, they get Victor’s love and respect. If not, they’re forced to face his wrath. Adam knows that all too well.

These Newmans are at war, but which one should come out on top? It’s tough for Y&R fans to decide who to root for.

Victor definitely deserves to be rotting in a cell after what he did to Jack (Peter Bergman) and Phyllis (Gina Tognoni), but Adam is no saint either. They’ve both been involved in their fair share of evil plots over the years.

Victor is arguably a little more skilled at scheming, but that just comes with experience. 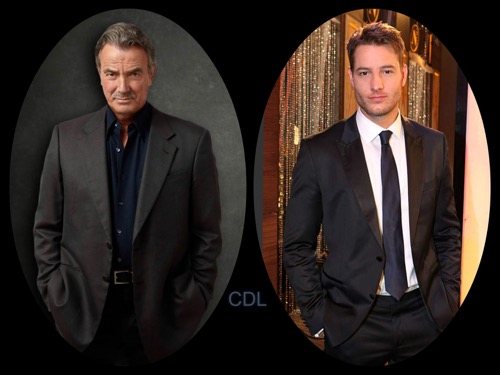 Still, Adam at least tries to do the right thing from time to time. He wants to be a better person, even if he tends to fail miserably. Victor has a soft spot for his younger grandkids, but that’s usually the only warm fuzziness you’re going to see.

Vic is ruthless and he’ll take down anyone who stands in his way.

Although Victor is a cruel criminal, most of us can admit that he’s a fun character. It’s amusing to see all of the secret plans Victor comes up with. We’re waiting to find out what he’ll throw at Adam next.

Victor has gone to great lengths to get revenge. Whenever Victor wins, it just means more drama for us.

Nevertheless, it can be heartbreaking to watch Adam go through endless turmoil. He can never truly feel secure. Bad news is an everyday occurrence. Thanks to Victor and sometimes dumb luck, Adam always runs the risk of losing his family.

It’s a common theme on Y&R.

Adam just wants a peaceful life with Chelsea (Melissa Claire Egan) and Connor (Gunner and Ryder Gadbois). Instead, he faces constant chaos. The Young and the Restless spoilers indicate that Adam and Chelsea will become concerned about their future together.

They’ll fear that Victor will succeed in ripping away every last bit of Adam’s happiness.

Bottom line, you can either root for the hardened villain who’s highly entertaining or the slightly devious guy with a good heart. When you look at it that way, both Victor and Adam are worthy of support.

The Young and the Restless viewers will be anxious to see which one achieves true victory.

In the meantime, we want to know your thoughts on this matchup. Are you on “Team Victor” or “Team Adam”? Pick a side and cast your vote! We’ll give you updates as this battle rages on. Stay tuned and don’t forget to check CDL often for the latest Young and the Restless spoilers, updates and news.