The Young and the Restless (Y&R) Spoilers: Victor Gets Kidnapper’s Demands, Adam For Natalie – Chelsea Works to Find Husband 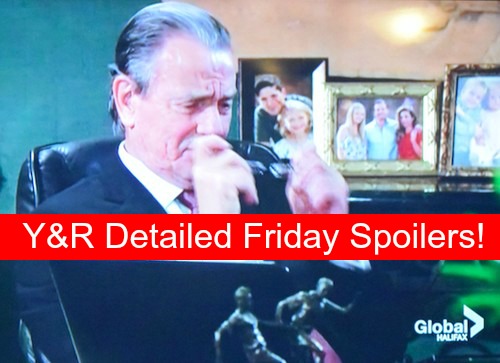 “The Young and the Restless” spoilers for Friday, January 15, tease that Billy (Jason Thompson) will wake up for a moment to talk to Victoria (Amelia Heinle). She’ll be grateful to finally hear Billy say, “Hey, Vic.”

Paul (Doug Davidson) and Dylan (Steve Burton) will have some questions for Billy, but he’ll lose consciousness before they can get any answers.

Victoria will lash out at Dylan and Paul for barging in. They’ll leave and Victoria will resume talking to Billy. She’ll tell Billy a story and urge him to get better. Meanwhile, Kevin (Greg Rikaart) will give Mariah (Camryn Grimes) updates on the improvement in Billy’s condition.

Mariah will think they’re going to get stuck in a massive mess. The Newmans and Abbotts will be clashing once again.

Kevin’s hacker friend, Natalie (Mara McCaffray), will arrive with shocking news. Kevin will be outraged when he learns that Natalie made a deal with another group of investors. Natalie will reply that Kevin never got back in touch with her.

However, Natalie will confess that she tried to get out of this agreement. Unfortunately, the investors wouldn’t budge and they threatened her.

Natalie will admit that she took the money and ran. Mariah will point out that she knew Natalie would be trouble. Natalie will suggest that her investors may know about Kevin’s deal with Victor (Eric Braeden). They hacked into her computer.

Mariah will make a snarky comment about the irony. Natalie will acknowledge that there are issues she needs to work on.

Kevin will decide to get Natalie set up in a suite. They need to keep her safe. When Kevin sends Mariah for food, she’ll declare that she wants to turn in Natalie for the reward money. Kevin will insist that Natalie can fix the program and they’ll change the world.

At Newman Enterprises, Chelsea (Melissa Claire Egan) will show up on a mission for the truth. Chelsea will ask where her husband is. She’ll want to know if the Santoris are involved. Victor won’t give Chelsea any information about them. It’d be risky to get Chelsea tangled up in all of this.

Victor will bring up the possibility that Adam (Justin Hartley) is having an affair. Chelsea will shut down the idea and assure Victor that Adam is faithful. Victor will mention that maybe Adam went to Kansas, but Chelsea won’t buy that either. Adam would’ve told Chelsea if he was going there.

Other “Young and the Restless” spoilers reveal that Luca (Miles Gaston Villanueva) and Marisa (Sofia Pernas) will make love. Afterwards, Marisa will say that Marco (Peter Bergman) told her about some associates that worked with the Santoris.

She’ll offer to take a look at her old journals and see what info she can gather. Luca will be suspicious of Marisa’s motive and he’ll ask if she’s trying to help him or Noah (Robert Adamson).

Luca will be stunned to find out that Adam is missing. Victor will assure Luca that it’ll be an heir for an heir if Adam doesn’t come home. Luca will meet up with Marisa and she won’t be pleased. Marisa will accuse Luca of being dishonest and plotting against Victor with his father. 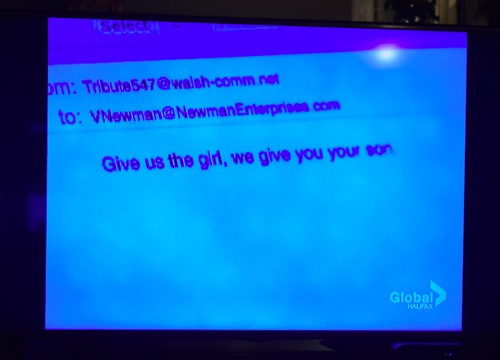 Victor will get an email that says he’ll have to hand over the girl in order to get his son back. It sounds like Natalie’s investors have taken drastic action to make sure she doesn’t get away with what she’s done. By bolting with millions, Natalie likely caused Adam’s dangerous situation.

At the police station, Paul will announce that he put a rush on Dylan’s badge. He’ll confess that he pulled a few strings to make it happen, but Dylan has earned it. As they shake hands, Chelsea will appear and blurt out that Adam is missing.

Y&R viewers will be anxious to see if Chelsea can crack the case. Stick with the CBS soap to watch Chelsea fight for her husband.