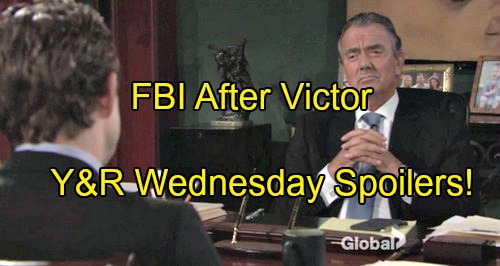 The Young and the Restless (Y&R) spoilers for Wednesday, October 26, tease that Billy (Jason Thompson) will be a man on a mission. He realizes that Jack (Peter Bergman) is on a dangerous road. Since this is an area Billy has experience in, he believes he needs to protect his brother.

Y&R spoilers say Billy will make a mad dash for Jack’s office. His assigned security guard won’t be far behind. Phyllis (Gina Tognoni) will want to know what’s going on, but Jack won’t care. He’ll order the guard to remove Billy from the premises immediately. 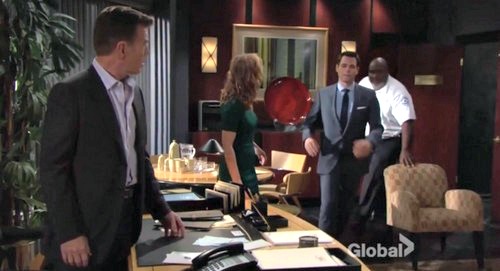 Billy will insist on giving his spiel first. Wednesday’s preview video shows Billy declaring, “I’m here to stop you, Jack, from going down the same path I did.” Billy’s heart is in the right place for once, but Jack probably won’t be willing to see that. He’s been deeply hurt by Billy.

Besides, Jack is completely focused on targeting Victor (Eric Braeden) and achieving revenge. There may not be anyone who can change his mind at this point. Jack may just have to crash and burn alone. He might have to learn from his own devastating mistakes. 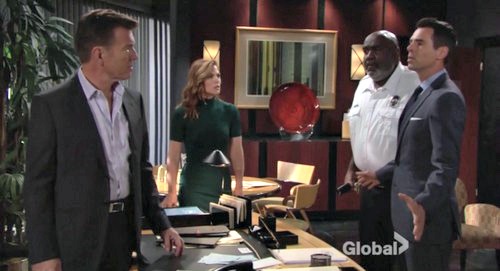 Speaking of mistakes, it seems Cane (Daniel Goddard) may have made a big one. In the preview clip, Jill (Jess Walton) and Victoria (Amelia Heinle) are shocked by a new deal that was made. Jill will state that she didn’t authorize it, but Cane will nonchalantly admit that he did.

This news won’t sit well with Jill. Victoria, Cane and Billy are supposed to be team players. Cane picks up the slack on most days, but that’s no excuse. At the very least, Jill should’ve been consulted on this. Brash and Sassy is her business. Jill always deserves the final say on how it’s run. 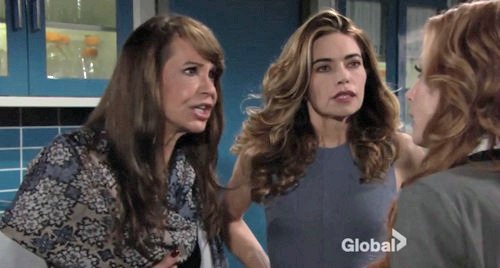 The Young and the Restless spoilers indicate that Jill will give Cane a stern warning. It sounds like Cane will need to be a little more cautious about making deals with buyers. Meanwhile, Victor will have his work cut out for him as he battles Jack’s threat. The pressure is really starting to mount. 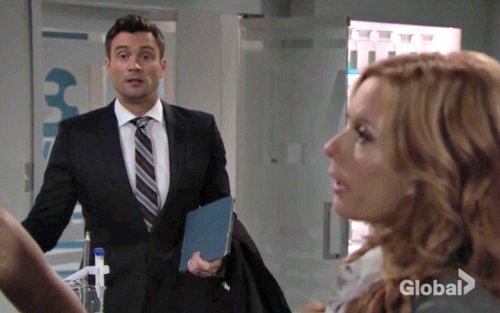 A man and a woman will show up to have a tense chat with Victor. They’ll suggest that the FBI may be getting involved, which means they’re hoping Victor will tell the truth. If Victor has actually been cooking the books, they need to hear the real story.

Victor will undoubtedly stand by his innocence. Even if Victor’s hands are clean, Jack doesn’t want it to look that way. The Young and the Restless spoilers say Jack will try to pile on the fake evidence. He’ll hope to leave no room for doubt when it comes to Victor’s guilt. 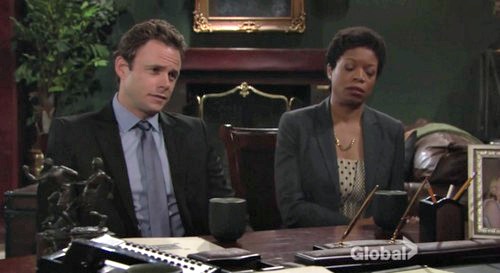 Jack is kidding himself if he thinks that he can keep the upper hand forever. Victor always manages to rise up and rule over Genoa City. We’ll give you updates as other details emerge. Stay tuned to Y&R and don’t forget to check CDL often for the latest Young and the Restless spoilers, updates and news.