‘The Young and The Restless’ Spoilers: Weekly Spoilers – Some Marriages End, Others Renewed – Betrayed From Within 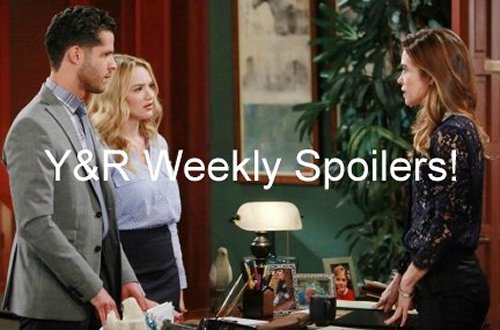 The Young and The Restless (Y&R) spoilers for episodes the week of Monday, July 11 through Friday, July 15, reveal that Adam prepares to face his trial without Victor’s help, Billy and Cane face off against each other while Phyllis and Jack reach a make-or-break-moment in their marriage.

Early in the week, Nikki Newman (Melody Scott) tears up the divorce papers and gets back with Victor Newman (Eric Braeden) while Adam Newman (Justin Hartley) turns down Victor’s offer to get him out of legal trouble. Then things heat up for others and relationships are on the verge.

Jill Abbott (Jess Walton) is back and determined to meddle in Billy Abbott’s (Jason Thompson) life. She sees Brash & Sassy is the obstacle to his reuniting with Victoria Newman (Amelia Heinle). Jill, of course, is clueless that both Victoria and Billy have moved on to new loves.

The Young and The Restless spoilers reveal that Jill snatches Brash & Sassy out from under Billy and hands it over to Cane Ashby (Daniel Goddard). Cane is thrilled with the new power and relishes it – and perhaps goes too far in his new position. 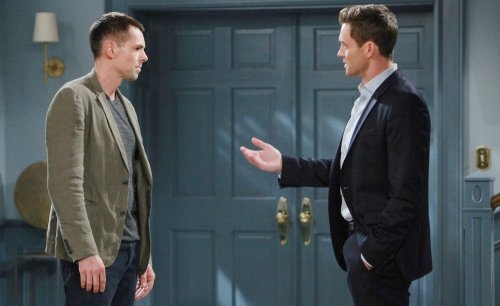 Billy is furious at Jill and by mid-week, he and Cane have a heated confrontation about Cane taking over the business that Billy took from Victoria. Lily Winters (Christel Khalil) is excited by Cane’s new job and things heat up in the bedroom for them.

Adam wonders what move to make next – he needs the missing Sage diary pages and to know Victor’s accomplice, but then Michael Baldwin (Christian LeBlanc) tells him that time has run out. Adam has to surrender and then he gets some valuable advice from Michael.

Dylan McAvoy (Steve Burton) gets an anonymous tip that Kevin Fisher (Greg Rikaart) must trace and Natalie Soderberg (Mara McCaffray) keeps pursuing the identity of the co-conspirator to clear her own name.

Late in the week, we’ll find out for sure if it’s Chloe Mitchell (Elizabeth Hendrickson) when Chloe returns to town, but all signs point to yes. At Newman Enterprises, Victoria cracks down on Luca Santori (Miles Villanueva) and Summer Newman (Hunter King). 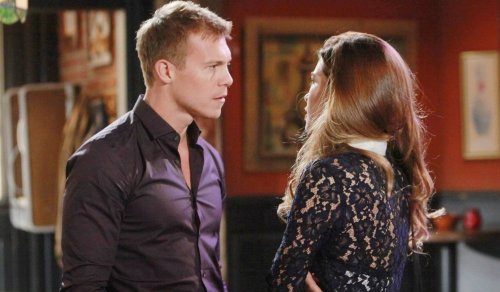 What was Luca up to with his trip to deal with the oil rig issue? Is he helping or hurting Victoria’s position as CEO? Victoria also has a very interesting offer from Travis Crawford (Michael Roark) to consider and gives it serious thought.

Jack Abbott (Peter Bergman) and Phyllis Newman (Gina Tognoni) are at a crossroads. Phyllis has to walk away from Billy or tell Jack the ugly truth and Billy is pressing hard on her to choose him. By the end of the week, Jack will make a major decision about their marriage.

Sharon Newman (Sharon Case) struggles to keep her Sully-Christian secret and is clearly in a manic state – is she off her meds? How much longer can she keep this up? Devon Hamilton (Bryton James) tells Neil Winters (Kristoff St John) that he still loves Hilary Curtis (Mishael Morgan).

Devon wants to reconcile and it’s about more than the lack of pre-nup. Just as he tells his dad what he wants, Hilary approaches them and collapses into Devon’s arms. Devon is worried about her erratic behavior and health and Hilary gets a wake-up call about her actions. 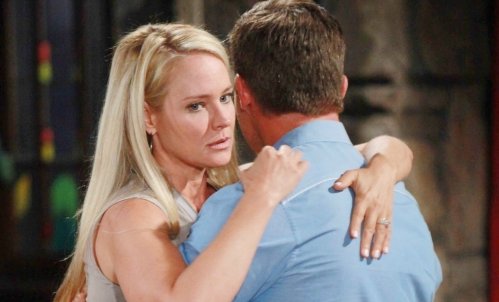 Stitch Rayburn (Sean Carrigan) lashes out over Max Rayburn’s (Jared Breeze) medical condition and he and Abby Newman (Melissa Ordway) have a serious talk about their state of their marriage by the end of the week. Can Stitch and Abby survive Max’s medical crisis?

All the action this week leads up to Adam’s trial the following week and The Young and The Restless spoilers reveal that Adam will have his day in court and soon, so will Victor as Meredith Young (Alicia Coppola) helps him land an appeal hearing with her dad, the judge.

Lots happening on this week’s episodes from Monday, July 11 until Friday, July 15. Check back with CDL for day ahead The Young and The Restless spoilers plus news and more.