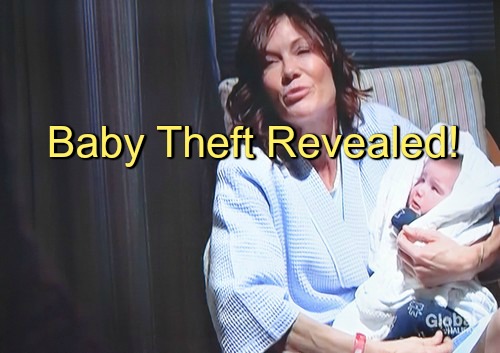 “The Young and the Restless” spoilers (Y&R) tease that Dylan (Steve Burton) will feel like there’s something he’s missing in this whole Patty (Stacy Haiduk) and Dr. Anderson (Elizabeth Bogush) saga. Patty will be in no shape to answer questions, but Dylan won’t let that deter him. He’ll plan on grilling Patty again once she’s had a chance to calm down.

Unfortunately, Paul (Doug Davidson) won’t be on board with Dylan’s investigation. It seems Paul thinks Patty had a psychotic break and that’s all there is to it. However, Sage (Kelly Sullivan) will theorize that Patty realized the truth about Dr. Anderson’s identity. Sage will suspect that Dr. Anderson came after Patty, which caused her to kill the shady doc in self-defense.

Dylan goes against Paul’s wishes as he keeps digging for information. “The Young and the Restless” spoilers say Nick (Joshua Morrow) will also believe there’s more to the story. They’ll begin searching for answers as a team. Nick and Dylan will try to uncover the real reason Patty felt the need to stab Dr. Anderson.

It’s fitting that Dylan and Nick are working together on this. They’ll have a huge surprise waiting for them at the end of this mission. The baby bomb is sure to drop sooner or later and it will affect both of them in a big way. By the time all of this is over, Dylan may wish he’d taken Paul’s advice and let it go. 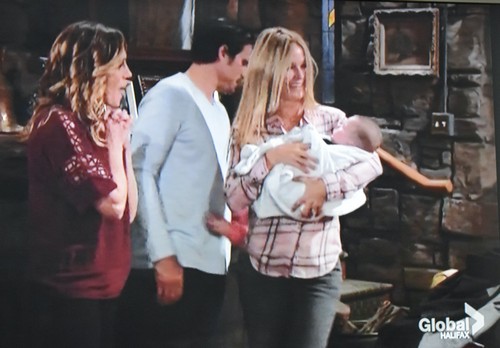 Dylan will have to deal with the heartbreak of losing a child that wasn’t even his to begin with. Of course, Nick will face the same dilemma eventually. Nick will be elated when he finds out Christian is alive, but surprise number two won’t be far behind.

Y&R spoilers indicate that Nick will be devastated when he gets the news that he’s not actually Christian’s father. It’ll be like Nick is losing Christian all over again. Check out Michael Fairman’s excellent in-depth interview with Josh Morrow

The fallout will continue as these couples handle all the chaos. Sharon (Sharon Case) could obviously become unstable and push Dylan away. Nick could also give Sage the cold shoulder when he learns that Christian belongs to Adam (Justin Hartley). 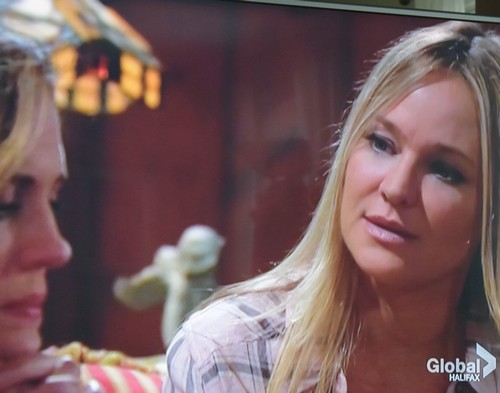 Times will be tough for these strained relationships as they try to move forward. Can they keep the romance alive or will drama rip them apart? Stick with “The Young and the Restless” for updates on how things will pan out.

So Y&R fans, what do you think about Dylan and Nick teaming up to discover Patty’s motive? What will happen when the truth is revealed? Will Dylan and Sharon last after losing Sully? Will Nick and Sage make it once Christian’s paternity is exposed?