The Young and the Restless: Sharon Loses Custody of Sully and Faith After Christian Reveal – Dylan Abandons Lying Wife 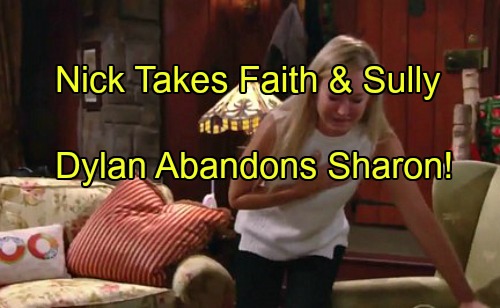 The Young and the Restless spoilers tease that Sharon (Sharon Case) will be abandoned by almost everyone she claims to love after the Sully reveal takes place. Then, with no faux life left to hide behind and her chance at redemption having disappeared in an instant she’ll descend into madness.

This powerful Y&R storyline will give Case the opportunity to win another Daytime Emmy Award based on her upcoming performance. 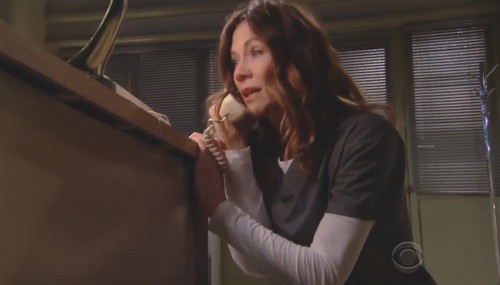 Case captured her only trophy (Best Supporting Actress in a Drama Series) in 1999. This ever-solid actor was nominated again in 2000 and 2004. Many Y&R devotees, along with Sharon fans, would likely point to a lack of meaty arcs in recent years as the reason why Case hasn’t been recognized for her work.

Alternative opinions in this regard are fair to offer, but more course banter generally lacks a deep understanding of the genre and Case’s profession. 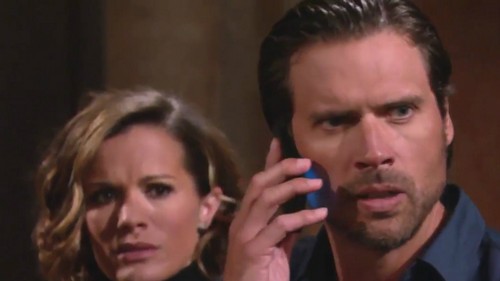 The extended Young and Restless Sully reveal has finally reached its climax this fall on CBS’ still-reigning steamer. The reappearance of Patty Williams (Stacy Haiduk) set the soap sirens screaming, as longtime fans knew her arrival within the current plot was timed for maximum impact.

Of course, The Young and the Restless spoilers tell us that Patty holds the key to Sharon’s ongoing baby lie. She knows that Dr. Sandra Anderson (Elizabeth Bogush) kidnapped Christian Newman, coerced a nurse to tell Sage (Kelly Sullivan) and Nick (Joshua Morrow) that their prematurely born son died and then orchestrated Sharon’s fake pregnancy through to concocted delivery. 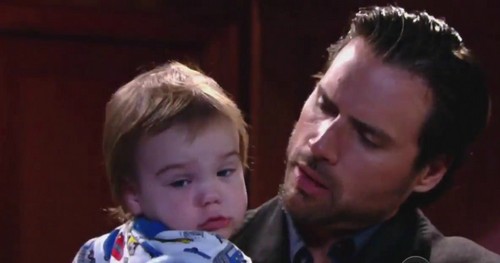 Patty’s discovery of her and Sharon’s psychiatrist’s amoral behavior then led to Sandy’s homicide. The bad doctor admitted what she had done and was about to drug Patty into the netherworld when a letter opener was inserted into her back by Miss Kitty’s owner.

Miss Williams was then remanded to a supposedly secure facility, where she remained until recently reappearing. 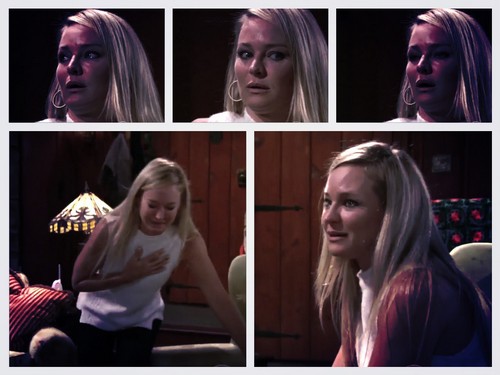 Sharon had the stuffing spooked out of her when Patty recently began calling the cottage. Sharon’s attempts to push her off resulted in Patty following Mrs. McAvoy’s advice and acting crazy (meaning more wacky then normal). 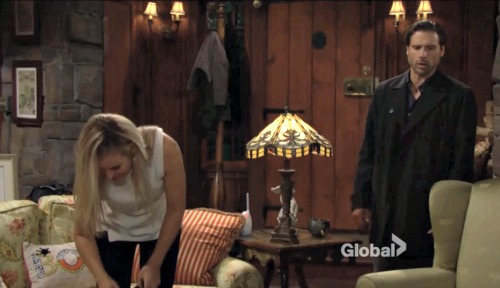 After the epic Y&R Sweeps reveal rocks this Midwestern town, Dylan (Steve Burton) will leave his wife, Nick will take full custody of Faith (Alyvia Alyn Lind) and the boy he believes is his son. Mariah’s (Camryn Grimes) attempts to help her mom cope with the fallout will be rejected.

And, the entire Newman family will come down on Sharon, as usual. Feeling that her world has been destroyed, this misguided soul will suffer the worst mental break ever and then, well, even the greatest readers in the world can only digest so much digital information. So, they’re encouraged to keep clicking here at CDL for further crucial The Young and the Restless updates.