‘The Young and the Restless’ Spoilers: Adam Shot – Stunned by Mystery Shooter – Paul and Christine Offer Victor a Deal 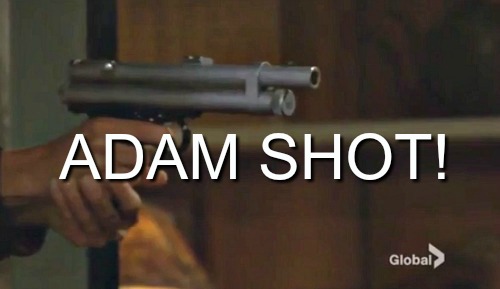 The Young and the Restless (Y&R) spoilers for Thursday, September 1, tease that some epic moments are about to go down. This will mark the CBS soap’s 11,000th episode. That’s quite an accomplishment and it’s certainly worth celebrating with plenty of intense drama.

For starters, Neil (Kristoff St. John) will feel the need to vent a little. His mother’s actions have hurt him deeply. Lucinda (Nichelle Nichols) abandoned Neil, but she eventually tried to reach out. Neil ignored her letters and refused to let his family members in the loop.

Now that everyone is aware of what happened, Neil is ready to work through the pain. The Young and the Restless spoilers say Neil will point out that Lucinda never wanted to be a part of his life. He’ll wonder why his mom bothered keeping up with it. Neil will ask what Lucinda really wanted to accomplish with those letters.

Lucinda has a story to tell and an apology to give. We know that Lucinda is only around for two episodes. It sounds like Neil will either refuse to make peace with his mom or she’ll pass away shortly after they do. Lucinda is extremely sick, so she may be holding out just long enough to reconnect with her son.

Meanwhile, Paul (Doug Davidson) and Christine (Laralee Bell) will stop by to see Victor (Eric Braeden). They realize that he must be involved in Adam’s (Justin Hartley) escape. The plot was just too perfect for anyone else to pull off. Christine will announce that they’d like to offer Victor a deal.

Victor will look intrigued by the news. The details of this agreement aren’t clear, but Victor might be willing to go for it. The Young and the Restless spoilers suggest that Christine and Paul will be pleasantly surprised by something in Thursday’s episode. Perhaps they’ll be both stunned and delighted by Victor’s cooperation. 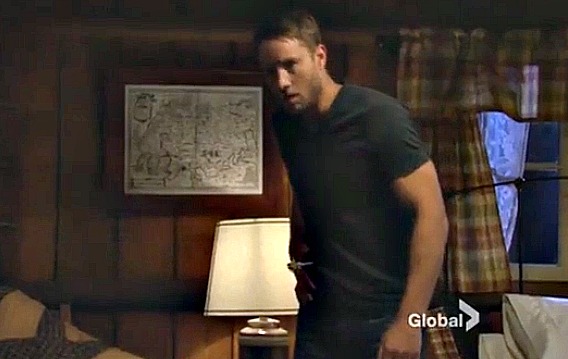 Of course, Victor probably won’t rat Adam out without another great plan. In fact, that might be what’s going on at the cabin in Thursday’s Y&R preview video. The clip shows someone shooting Adam with what seems to be a tranquilizer dart.

There are a few things we can gather from this portion of the video. The shooter’s hands are somewhat tan and look like they might belong to a middle-aged female. Who could this woman be? Could Meredith (Alicia Coppola) show up to help Victor out?

If Christine and Paul have evidence that points to Victor, he might agree to hand over Adam’s location in exchange for immunity. He could secretly make sure Adam was gone when the cops arrived. Meredith might be a good fit for an accomplice. She loved Victor and undoubtedly still does.

When Alicia Coppola’s last stint wrapped up on The Young and the Restless, she received several tweets from fans who hoped she’d be back. Coppola replied, “One never knows if Meredith will turn up again…” Was that a hint? It’s possible! The show likes to throw in some shockers.

On the other hand, Adam’s shooter could be someone else entirely. Y&R wants to keep us guessing. We’ll give you updates as more info comes in. Stay tuned and don’t forget to check CDL often for the latest Young and the Restless spoilers, updates and news.