BY Heather Hughes on May 18, 2016 | Comments: 7 comments
Related : Soap Opera, Spoiler, Television, The Young and the Restless 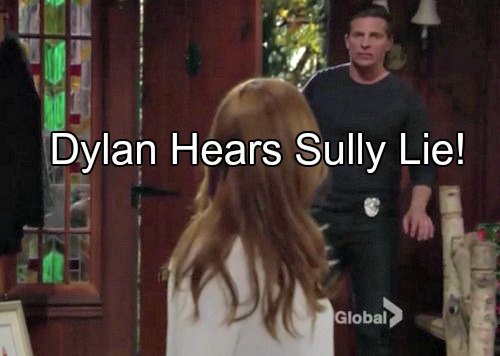 “The Young and the Restless” (Y&R) spoilers tease that on this week’s episodes Sharon (Sharon Case) will realize she still has a chance to keep her secret under wraps. When Nick (Joshua Morrow) found Sage’s (Kelly Sullivan) journal, Sharon feared the truth about Sully could be in one of the entries.

Now that Nick is hurling his wrath at Adam (Justin Hartley), Sharon feels like she’s off the hook. There’s just one little problem: Mariah knows the whole story. “The Young and the Restless” viewers are aware that Mariah is a bit on the stubborn side.

Sharon won’t be willing to give up her baby or her happy family. Y&R’s spoilers latest preview video shows Sharon shouting, “I will lie to keep Sully with us!” Just as Sharon is making that bold declaration, Dylan will walk through the door. He’s undoubtedly going to have questions about this confrontation and what lies Sharon has told. 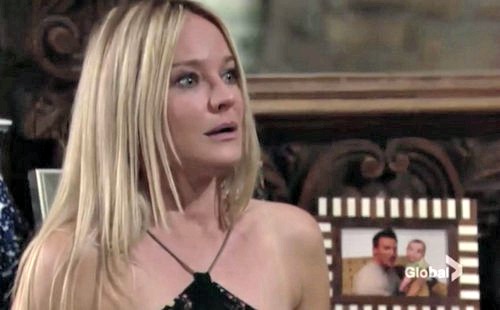 Mariah is fired up and she might force Sharon into making a confession. She may threaten to tell Dylan herself if Sharon doesn’t come clean. On the other hand, it’s possible that Mariah could reconsider and protect Sharon’s happiness. Y&R likes to throw a curveball occasionally.

Still, let’s say Sharon does bite the bullet and blurt out everything. Dylan would be crushed to learn Sully isn’t really his child. He would also be angry with Sharon for not telling him right away. Dylan’s emotions should be all over the place when he gets updates on what went down at Fairview. He may grab Sully and head right over to tell Nick what happened.

However, we don’t want to assume too much here. Dylan has finally had an opportunity to bond with a child. Even though Sully isn’t Dylan’s baby by blood, he’s grown to love him as his son. Dylan is typically portrayed as a hero who always does what’s right, but that doesn’t mean he’ll necessarily continue that pattern.

Right now, most of the soaps are showcasing the trend of good characters doing bad things to protect what they love. Dylan adores Sully and he’ll understand what giving him up would mean. If Sharon can get Dylan on board with a cover-up, they might be able to talk Mariah into it.

This tactic would only prolong the inevitable, but it would add interest to this storyline. Dylan rarely does anything super exciting, so he may choose to do the predictable thing and expose the truth. Nevertheless, we can all hope that Dylan will consider the possibility of doing something slightly crazy.

Stick with the CBS soap for to see if Dylan will get some life-changing news.