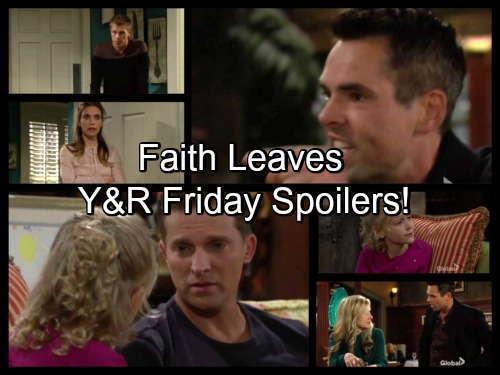 The Young and the Restless (Y&R) spoilers for Friday, November 18, tease that Faith (Alyvia Alyn Lind) will break Dylan’s (Steve Burton) heart. She just revealed that she wants to live with Nick (Joshua Morrow) and Christian. Now it’s time for Dylan to know why. Faith will explain that she loves Dylan, but she doesn’t like it there anymore.

Y&R fans know that Dylan and Sharon (Sharon Case) have been at odds since she confessed her secret. Things got even worse once the baby was taken from the house. They’ve been trying to fight out of Faith’s earshot, but she knows what’s going on. Faith is a very perceptive kid.

It seems Faith is picking up on all the strife. She doesn’t like living in a tense and gloomy home. Faith would rather pitch in at Nick’s place and be around her little brother. The Young and the Restless spoilers say Dylan will process Faith’s news and come up with a heartfelt response.

Elsewhere, Travis (Michael Roark) will face a tough task. Ashley (Eileen Davidson) found out that Travis was unfaithful to Victoria (Amelia Heinle). She’s forcing Travis to come clean, but it isn’t going to be easy. Y&R spoilers state that Travis will struggle to admit the truth.

Nevertheless, this must be done. Travis will start by filling Victoria in on his ex. He’ll mention that Michelle (Kelly Frye) is in town and Victoria has already met her. She was the woman they ran into at The Underground. 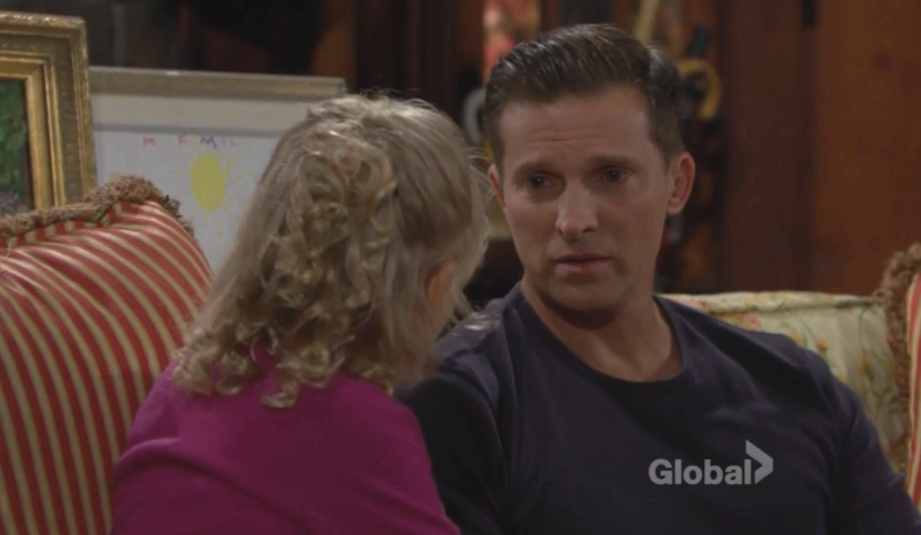 Victoria will look concerned as Travis opens up. She won’t like the fact that he stayed tight-lipped. Alas, this conversation will likely go from bad to worse. Travis still needs to confess that he cheated. If Travis doesn’t tell the whole story now, he’ll just be prolonging the inevitable. Ashley isn’t going to let this go.

Whatever happens, Travis won’t give up his dreams yet. He’ll pull out all the stops to keep Victoria, but Billy (Jason Thompson) could get in the way. The Young and the Restless spoilers say Billy will want more info from Ashley. When Billy hears that Michelle confirmed the hookup, he’ll have trouble controlling his rage.

Victoria and Billy aren’t exactly in love right now, but they clearly care about each other. Billy always watches out for Victoria and he’ll continue to do so. Once Travis and Victoria fizzle, Billy will console his ex. He’ll be there to help Victoria pick up the pieces of this shattered romance.

It sounds like a “Villy” reunion is coming up, but some drama has to play out first. Y&R wants to make sure this couple comes back stronger than ever. Victoria will need to work through her Travis issues before she moves forward with Billy.

Are you ready for Billy and Victoria to try again? Do you think they’ll finally have a lasting love? We’ll give you updates as other details emerge. Stay tuned and don’t forget to check CDL often for the latest Young and the Restless spoilers, updates and news. You can join in the Y&R discussion live on our Facebook Page!

Jill’s in the house which means the party is just getting started! #YR pic.twitter.com/AvKLO1JQYo

TODAY ON #YR: Traci is back and determined to reunite her family! @BethMaitlandDQB pic.twitter.com/LRXNeF6fNC