The Young and the Restless (Y&R) Spoilers: Friday, January 29 Shockers and Reveals – Hilary Getting Back With Devon 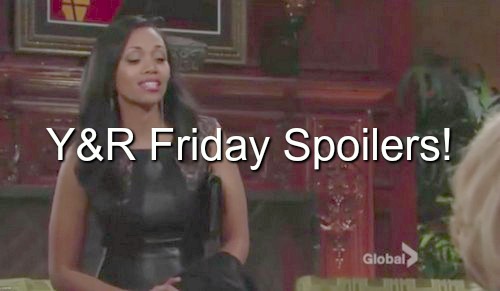 “The Young and the Restless” spoilers for Friday, January 29, tease that Neil (Kristoff St. John) will try to get Devon (Bryton James) to talk to him. Devon won’t see the point. He’ll believe Neil would just feed him more bull. It seems things are pretty strained thanks to the Hilary (Mishael Morgan) situation.

It’s obvious that Neil is feeling bit torn. Neil has been trying to push Hilary toward Devon, but he couldn’t resist sleeping with her anyway. Of course, Neil still has his fake affair with Nikki (Melody Thomas Scott) going as well.

On Friday, Hilary will get fed up with Nikki’s interference. The preview video shows Hilary suggesting that Nikki needs to drop the high-society act. She’ll say they both know Nikki was a stripper. Hilary will hope she can get Nikki to back off her man, but she’ll be changing her mind about that in the near future. 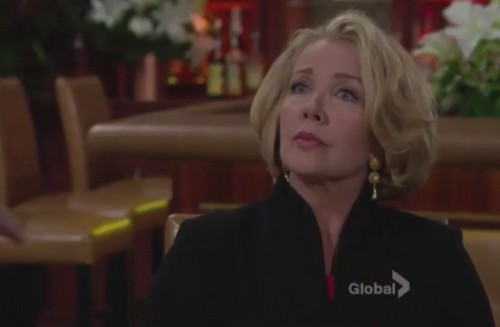 Next week, Hilary’s feelings for Devon will start to return. She’ll realize that Devon is her true love after all. Neil might be a little disappointed now that Hilary has stirred up old feelings, but he’ll know that it’s for the best.

Hilary’s love life will get back to normal, but it looks like big changes are coming to her career. Devon will happily support Hilary’s new endeavor. Stay tuned for updates on Hilary’s plans.

Meanwhile, Jack (Peter Bergman) will continue to gather a team for Jabot. In Thursday’s Y&R episode, Jack urges Billy (Jason Thompson) and Abby (Melissa Ordway) to return to the company. Now Jack will believe it’s Ashley’s turn to get back where she belongs.

“The Young and the Restless” spoilers say Jack will remind Ashley that Devon is funding Dr. Neville’s (Michael E. Knight) project. He’ll wonder why Ashley feels the need to stick around. Ashley will likely come up with an excuse, but it’s doubtful that will appease Jack. He’s determined to rebuild Jabot and he needs his family’s help.

Nevertheless, Ashley’s current treatment and budding romance could prevent her from making any sudden moves. Ashley is doing well, but a problem with Abby will soon emerge. Will this issue mean bad news for their relationship? Keep watching the CBS soap to see if this mother and daughter will face major drama.