The Young and the Restless (Y&R) Spoilers: Has Chelsea Ruined Adam, Victor Jr Not the Man He Once Was? Take Our Poll

BY Marcy Cohen on May 23, 2016 | Comments: 3 comments
Related : Soap Opera, Spoiler, Television, The Young and the Restless 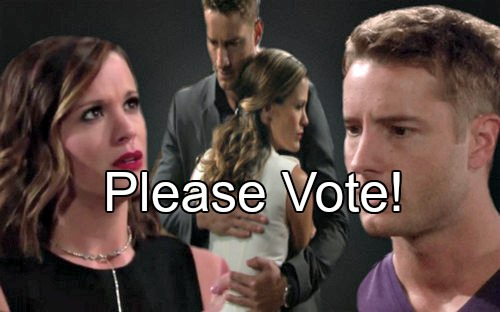 “The Young and the Restless” (Y&R) spoilers tease that Adam Newman (Justin Hartley) will face major legal trouble soon after a murder arrest. But is Adam in hot water because he’s wimped out lately? Has Chelsea Newman (Melissa Egan) ruined Adam? Consider the facts and take the CDL POLL.

Adam has a Masters from Harvard business school and was second in his class – yet now he’s running Chelsea 2.0. That’s a colossal waste of his talent and ambition and it’s all because Chelsea doesn’t want him involved at Newman Enterprises.

With Victor Newman (Eric Braeden) in prison, Y&R spoilers say that Adam could be running the show – instead of Victoria Newman (Amelia Heinle) who is struggling to get anyone to listen to her. And at Victoria’s side is college drop-out Summer Newman (Hunter King).

Nick Newman (Joshua Morrow) is also helping out at NE and he didn’t bother with college – neither did Victoria – but the Harvard grad sibling is sidelined… And why? Because of Chelsea! Remember when the board was voting to oust Victor after his conviction?

The Young and the Restless spoilers imply that Victor has only set up this Constance murder scheme (assuming that’s Victor’s handiwork) because Adam refused to take over the company and refuses to be part of his life. If Adam was in the seat of power at NE, no way would he be arrested this way. 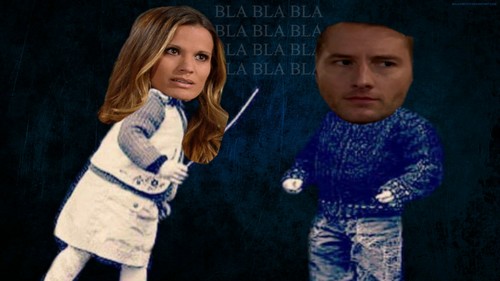 In fact, Chelsea doesn’t seem to want him near his family at all – remember how she’s been trying to get him to move away ever since she found out Gabriel was Adam. Why is Adam letting her manipulate him into being less than the man that he is?

Sure he loves her, but if she can’t love him as he is, then is that really love? Chelsea loves Adam only so long as he stays within the lines she’s drawn. In contrast, Sage Newman (Kelly Sullivan) cared about Adam no matter what – she cared about Adam as he was.

The bottom line is Adam used to be a real player in Genoa City and a compelling character to watch on Y&R. He tried to frame Victor for murder, survived prison, and overcame Billy’s attempt to kill him over the Delia hit and run. Adam was a hardcore schemer but now he’s a milquetoast.

Most recently, Victor manipulated Adam with the Christian paternity secret to bend him to his will. Adam got out from under that pressure only to find himself under Chelsea’s thumb. Sure she’s pretty and is sleeping with him, but Chelsea is doing Adam just like Victor did him.

This is all down to the Y&R writers. Justin Hartley is a great actor and Adam Newman’s character has the potential to be great like he once was. But for now, Adam is Chelsea’s lap dog and she’s got him on a very short leash. What do you think?

Do you like Adam better as the “good guy” under Chelsea’s rule or do you think he needs to stand up and be the man he wants to be? What do you think Y&R fans? Has Chelsea ruined Adam? Do you like him this way or want him back to his old scheming self?

Vote in the POLL and share your comments below and come back to CDL often for more “The Young and The Restless” spoilers and news.