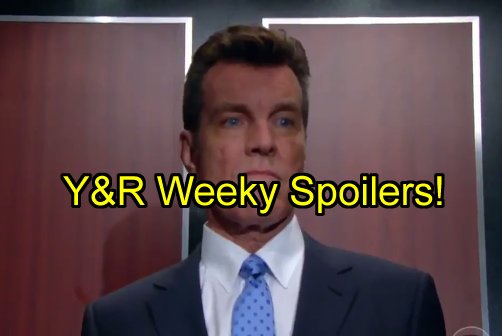 New The Young and The Restless (Y&R) spoilers for episodes the week of Monday, September 19 thru Friday, September 23 reveal that Jack is on the warpath, Billy wants Phyllis for himself, the affair makes headlines and Sharon and Chloe each try to keep their secrets hidden. 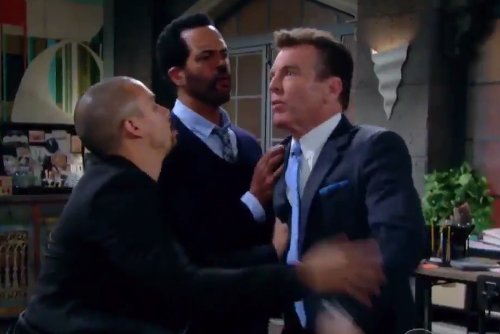 Summer rakes her mother over the coals and makes it clear she’s firmly on Team Jack. Nick Newman (Joshua Morrow) tries to shield Phyllis from the glare of social media, but it’s too little, too late. Summer tells Nick he’s no better since he cheated with her mom too.

Nick reminds her that’s why she was born, but Summer is disgusted. Victoria Newman (Amelia Heinle) tries to protect her kids from Billy’s messy personal life and when he raises heck at her house and gets too loud, Travis Crawford (Michael Roark) kicks him to the curb. 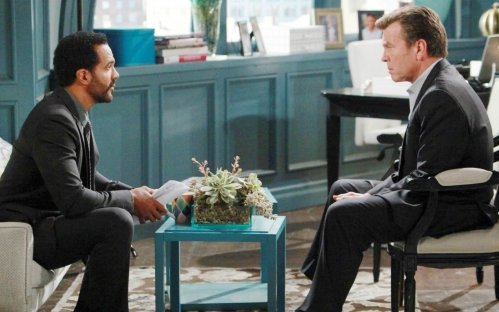 Jack Abbott (Peter Bergman) is determined to make everyone pay that played him for a fool – and that’s more than just Phyllis and Billy. Jack confronts Jill Abbott (Jess Walton) and tells her that she was wrong for keeping the affair secret and knows she hid it for her personal gain.

Jack tells her to watch her back. Phyllis begs Jack to reconcile with her but he blows up and tells her he wants a divorce and she’s out at Jabot. Phyllis will soon have nothing left. An increasingly desperate and distraught Phyllis turns to Michael Baldwin (Christian LeBlanc) for advice. 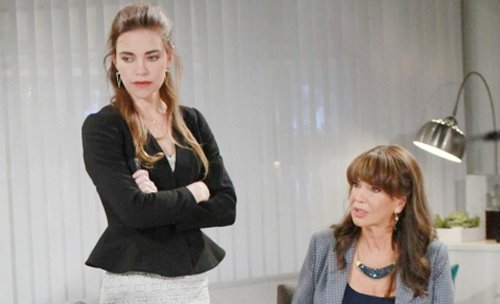 Will Michael have sympathy? After all, he was in Jack’s position when Lauren Fenmore (Tracey Bregman) cheated on him. Billy tells Cane Ashby (Daniel Goddard) that he’s more worried about Phyllis and Jack than himself as things get uglier with the affair revelation.

Cane’s wife Lily Winters (Christel Khalil) and Neil Winters (Kristoff St John) worry that news of the affair might mess things up for the new foundation. Hilary Curtis (Mishael Morgan) and Devon Hamilton (Bryton James) make a power move as a result of the turmoil. 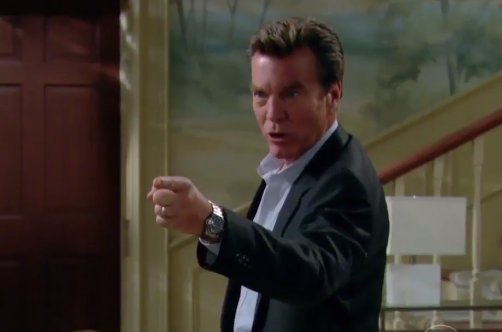 Kevin Fisher (Greg Rikaart) tells Michael that he thinks Chloe Mitchell (Elizabeth Hendrickson) is hiding something major from him. But when Kevin presses Chloe about who’s Bella’s dad and what she’s keeping from him, Chloe withdraws and Kevin panics and tries another approach.

Kevin is still worried this mystery man will show up and mess up what he’s got going with Chloe and so he tasks Mariah Copeland (Camryn Grimes) to find out what Chloe is keeping from him. Chloe regrets that Victor Newman (Eric Braeden) knows one of her secrets. 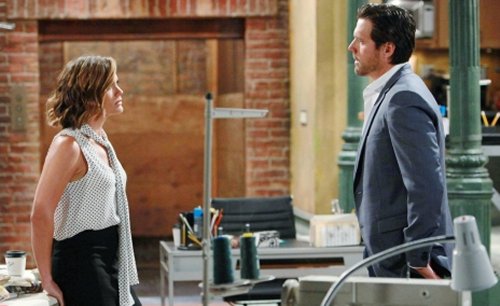 By week’s end, Mariah has info and confronts Chloe about her fibs. Dylan McAvoy (Steve Burton) can’t let go of the Adam Newman (Justin Hartley) investigation despite orders to the contrary and he grills Chelsea Newman (Melissa Egan) but she’s in no state of mind to deal with him. Nick steps up for her.

Jill makes Travis an enticing offer – does she offer him money to leave town? Nikki Newman (Melody Scott) confronts Ashley Abbott (Eileen Davidson) and the two devolve into a fight. It’s not a good week for Ashley who wants to keep Abbotts family intact but her brothers are at war. 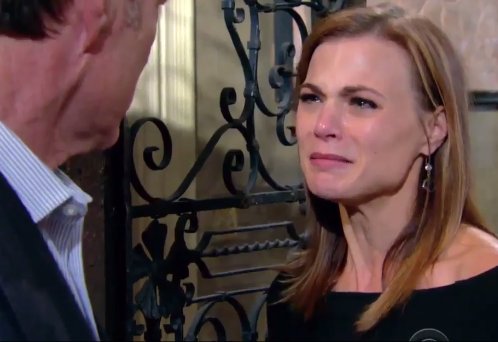 Victor also wants to heal his family but he and Jill come into conflict this week – could be over the offer she made to Travis. Billy appeals to Phyllis to give up on her broken marriage and choose him and she considers it because she’s tempted and Jack has made it clear he doesn’t want her.

Sharon Newman (Sharon Case) is freaking about the big secret she’s keeping and stressing out. Dylan notices and grills her too. A secret comes out that changes her relationship with Dylan for good but it may not be the Sully-Christian secret but something else. 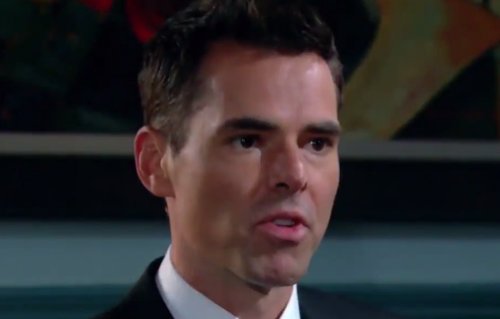 Lots to see on the Y&R episodes the week of Monday, September 19 thru Friday, September 23. Share your comments on out-of-control Jack and other action. Be sure to check back with CDL often for all the latest The Young and The Restless spoilers and news.