The Young and the Restless Spoilers: Noah Lashes Out at Victor – Mariah and Hilary Spar Over Christian – Travis Meets Old Flame

BY Heather Hughes on November 9, 2016 | Comments: one comment
Related : Soap Opera, Spoiler, Television, The Young and the Restless 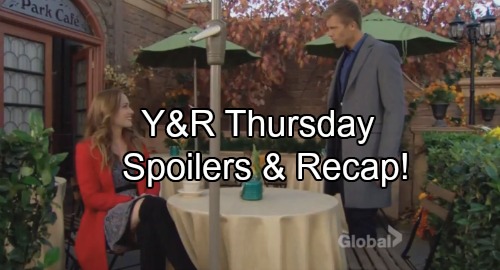 The Young and the Restless (Y&R) spoilers for tomorrow’s new episode, Thursday, November 10, tease that Sharon’s (Sharon Case) secret will continue to spread. Mariah (Camryn Grimes) won’t be pleased when she shows up at GC Buzz headquarters. Hilary (Mishael Morgan) will hold nothing back as she reports on this shocking scandal.

Later, Mariah will confront Hilary about trashing Sharon. Hilary will urge Mariah to go on camera and clear up the facts. Devon (Bryton James) will find them bickering. He’ll scold Hilary for doing another Newman-related story right now. It’s risky since they’re already on Victor’s (Eric Braeden) bad side.

Victor will watch the footage and make an angry phone call to Devon. He’ll insist that Nick (Joshua Morrow) and Christian need to be left alone. Victor will be OK with Sharon’s name being dragged through the mud, but that’s it. If they don’t play by his rules, Victor could slap them with a lawsuit.

Devon will determine that he needs Mariah around to keep Hilary on the right path. He’ll try to talk Mariah out of quitting by putting a new spin on Hilary’s offer. Devon will hint that Mariah can help Sharon by giving her side of the story. 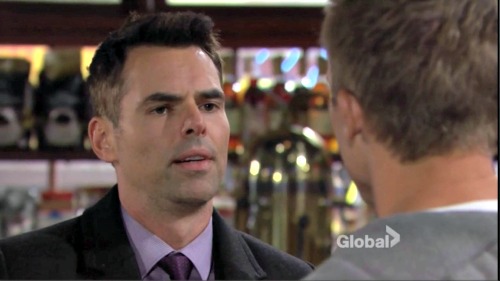 Elsewhere, Billy (Jason Thompson) and Travis (Michael Roark) will get updates on the secret. After watching GC Buzz, Travis will realize why Victoria (Amelia Heinle) took off to see Nick. Billy will suggest that Victoria must not be divulging much these days. They’ll argue about the strength of Travis and Victoria’s relationship.

Travis will contend that he’s on solid ground with Victoria. Y&R spoilers say Billy will drop a hint about marriage, but Travis will brush off the idea. He’ll just want Billy to stop interfering. Billy will meet Victoria at Brash and Sassy. They’ll help Lily (Christel Khalil) convince Cane (Daniel Goddard) to leave for his surgery.

Once Cane and Lily depart, Billy will get Victoria to open up. She’ll admit that she’s struggling to handle the conflict between Victor and Travis. Speaking of that conflict, Victor will lash out at Travis when he catches him talking about Christian. Vic will point out that Travis isn’t a Newman and shouldn’t be involved.

Billy will tell Victoria that Travis isn’t rushing to join the Newman clan. When Travis catches up with Victoria later, they’ll quarrel about secrets. Travis will feel like Victoria should have mentioned the Sully saga. Victoria will note that she was just handling a family matter. 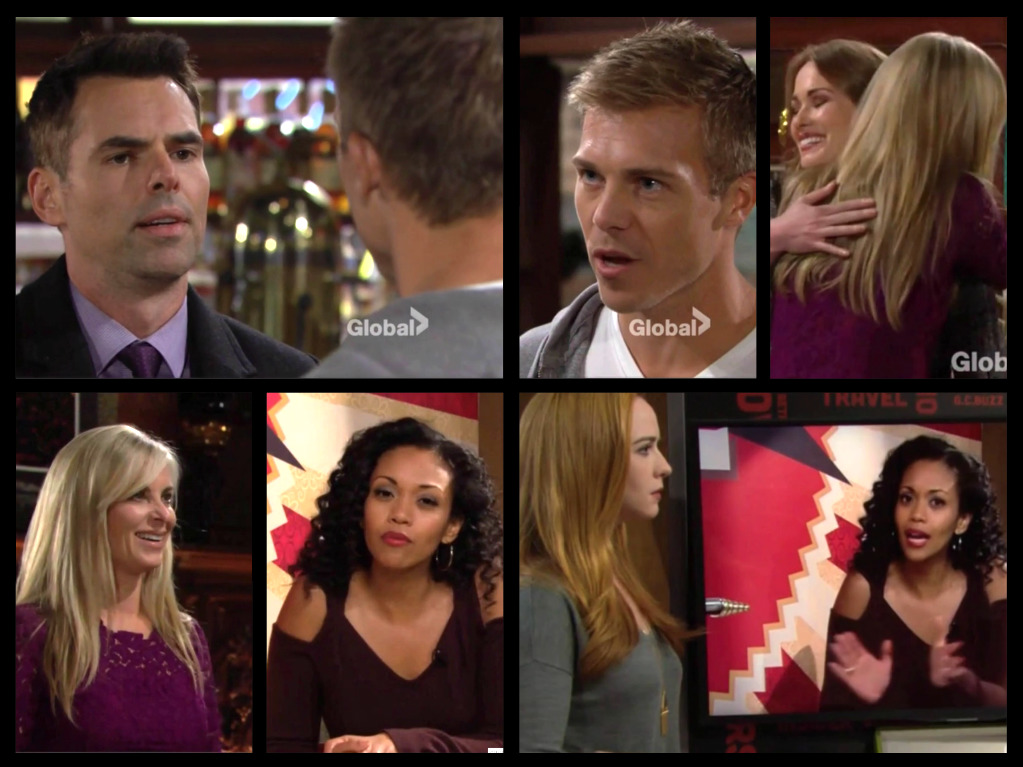 Travis and Victoria are facing some bumps in the road. That could lead to big trouble since Michelle (Kelly Frye) is in Genoa City. The Young and the Restless spoilers say Michelle will surprise Ashley (Eileen Davidson) by showing up for a visit. They’ll discuss Michelle’s divorce, which is already underway.

Ashley will suspect that Travis is the reason Michelle came to town. She’ll warn her friend that Travis and Victoria are living together. A short time later, Travis will be stunned when he spots Michelle in the park. The Young and the Restless fans can expect some awkward moments for these two.

Elsewhere, Noah (Robert Adamson) will get into a shouting match with Victor. Like Summer (Hunter King), Victor will believe Sharon’s deception was inexcusable. Noah will wonder if Victor is seriously going to gripe about Sharon’s behavior. Victor is the king of lies and manipulation. He has no room to talk.

It sounds like the drama is heating up. We’ll keep you posted as more news comes in. Stick with Y&R and don’t forget to check CDL often for the latest Young and the Restless spoilers, updates and news.

TOMORROW ON #YR: Someone from Ashley’s past visits Genoa City and she’s got an agenda! https://t.co/pTuwQsDf22 pic.twitter.com/UiQGAZDmRS