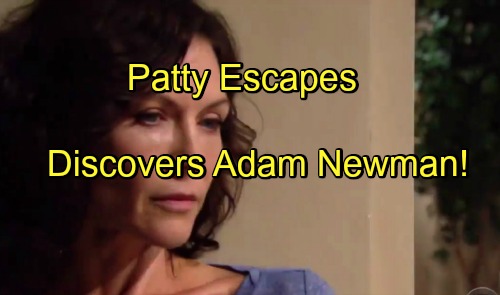 The Young and the Restless spoilers tease that Patty Williams (Stacy Haiduk) will do more than just escape from Stoneville and torment Sharon (Sharon Case), among others. While roaming free on the outskirts of Genoa City, Patty will find Adam Newman (formerly played by Justin Hartley). And, she won’t be tripping over the remains of his dead body. Instead, she’ll find Adam Newman very much alive!

Patty was put in the mental health facility after she murdered Dr. Sandra Anderson (Elizabeth Bogush). If there was any justice, Patty would never have been held responsible for that viscous so-called doctor’s death.

Ms. Williams sharp mind determined that Sandy had stolen a baby boy, convinced Sharon that she was pregnant and that Christian Newman, who was renamed Sully, was the child she thought she delivered. 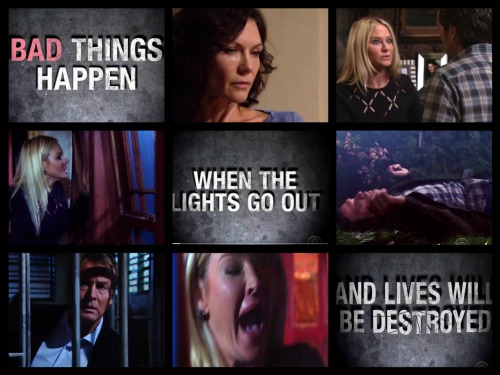 After confronting Ms. Malpractice, Patty was about to be vegetized through a high-powered drug. But, she picked up a letter opener on Sandy’s desk and plunged it into her back.

The resulting police investigation and Patty’s recurrent mental health break left the authorities with no choice but to decide that a homicide had occurred.

Paul (Doug Davidson) tearfully dealt with the duties of his job while also feeling deep empathy for his sister.

Genoa City’s chief of police also thinks that another case is closed, when it’s not. As viewers recall, Chloe (Elizabeth Hendrickson) shot her imagined arch enemy, Adam Newman, with a dart gun while he was holed up in a cabin outside of town. 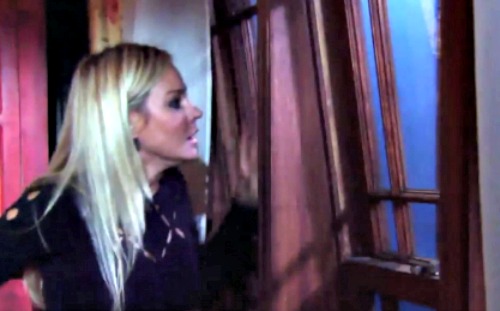 While Paul’s investigators later found remnants of Adam’s DNA, no actual body was located. Patty will be evading the law herself when she happens upon Adam. Whether the man she finds will be shown to the audience, or not, remains to be seen in this soapy world.

Good-hearted fans wished Justin Hartley well earlier this year when he left Y&R to pursue his newest full-time gig. The early success of his NBC prime time show ‘This Is Us’, which debuted in September, resulted in a quick full-season pickup.

So, Hartley won’t be able to return to the Adam role on a year-round basis, but could accept recurring status if that’s offered. However, Y&R’s executive producer Mal Young may also opt to recast this crucial role instead.