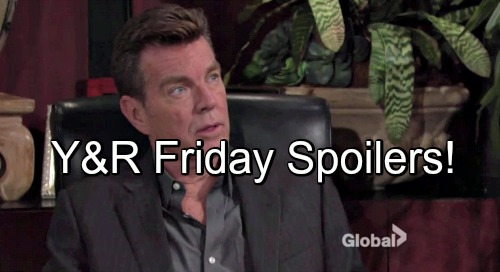 The Young and the Restless (Y&R) spoilers for Friday, September 30, tease that Chelsea (Melissa Claire Egan) will try to establish some firm limits. She’s still mourning for Adam (Justin Hartley) and she only thinks of Nick (Joshua Morrow) as a friend. Despite Sharon (Sharon Case) and Faith’s (Alyvia Alyn Lind) enthusiasm, Chelsea just isn’t interested in a romantic relationship at the moment.

Y&R spoilers say Chelsea will create some boundaries. She’ll hope that she can keep Nick from crossing any lines. It appears Nick will understand Chelsea’s point of view. He would never want to make Chelsea uncomfortable. 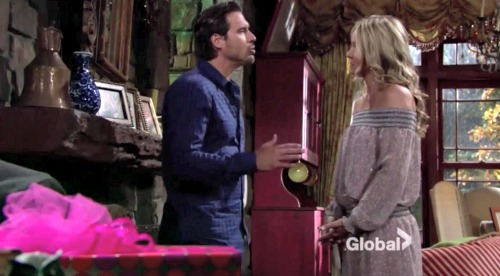 Nick will have a tense chat with Sharon about going too far. He’ll warn that she should drop whatever seed she’s planting and end his right now. Of course, Sharon doesn’t need to add matchmaking to her list of daily activities anyway. She’s busy trying to keep secrets and handle bizarre phone calls.

Speaking of those phone calls, Sharon will get another one in Friday’s episode. The Young and the Restless spoilers say Sharon will freak out over the message she hears. It looks like Patty (Stacy Haiduk) will be the person on the other end of the line. Patty definitely hasn’t forgotten what Sharon is hiding. 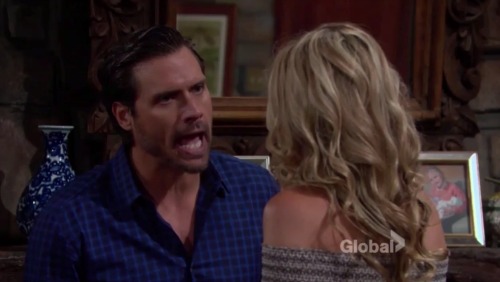 Elsewhere, Victoria (Amelia Heinle) will be scratching her head over Travis’ (Michael Roark) new attitude. First, Travis turned down Victor’s (Eric Braeden) offer and said he wasn’t interested in working at Newman. Now Travis is changing his tune and Victoria will want to know why.

When Travis first debuted, The Young and the Restless spoilers suggested that some buried secrets would come out. More revelations are on the way. With Ashley’s (Eileen Davidson) help, Victoria could discover a few things about Travis. She probably won’t be happy about whatever Travis has concealed. 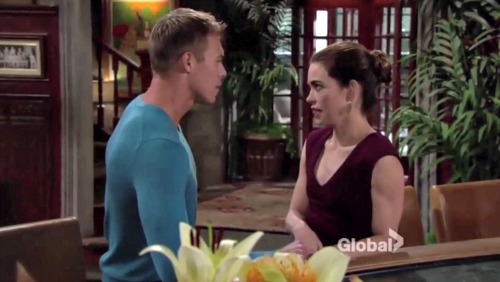 Travis could find himself in hot water by the end of next week. In the meantime, Jack (Peter Bergman) will face a dilemma. Michael (Christian LeBlanc) will indicate that he has updates from Phyllis (Gina Tognoni). The good news is that Phyllis is willing to give Jack a divorce free and clear. The bad news is that she wants to remain at Jabot.

Jack will undoubtedly reject this idea at first. He wants Phyllis out of his life completely. Jack can’t handle looking at Phyllis’ lying, cheating face every day. Nevertheless, Michael will argue that this is the best deal Jack will get. If Jack chooses to fight Phyllis, she’ll just drag out the divorce. 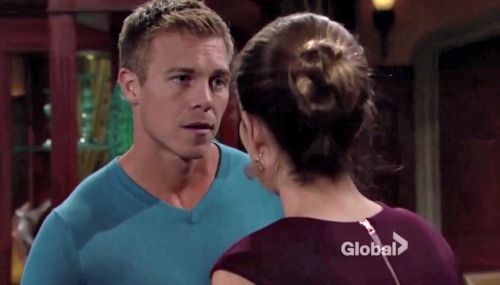 Ultimately, Jack will agree to let Phyllis stay at the company. He’ll think he really has no choice if he wants a quick end to this marriage. However, Jack will drop a bomb on Phyllis when she returns to work. If Jack has to compromise, so does Phyllis.

Jack will demote Phyllis to some crummy position and hope that she’ll hit the road pretty soon. We’ll keep you posted as other details emerge. Stay tuned to Y&R and don’t forget to check CDL often for the latest Young and the Restless spoilers, updates and news.

TODAY ON #YR: Can Faith’s family put their differences aside for her birthday party? pic.twitter.com/K9GSn6DBks