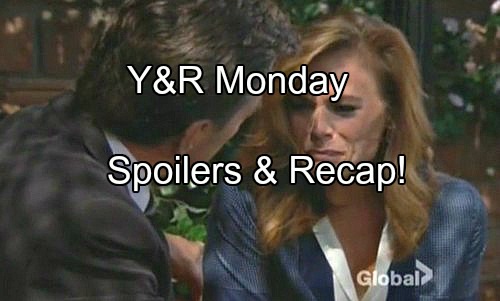 The Young and the Restless (Y&R) spoilers for Monday, September 12, tease that Jill (Jess Walton) will insist she needs to be taken to the hospital immediately. Billy (Jason Thompson) will think it’s all an act, but Jill will maintain that she needs help. Colin (Tristan Rogers) will accompany the pair to the emergency room and Jill will be checked out.

Stitch (Sean Carrigan) will determine that it was just a bad case of acid reflux. Jill will want to tell Billy and Colin her diagnosis on her own. When they walk in, Jill will pretend it was a frightening episode brought on by extreme stress. Billy will offer an apology and go on his way.

Colin will pick up on Jill’s deception and they’ll giggle about it. Once Colin starts nagging Jill about her secret again, she’ll admit that Billy is having an affair with Phyllis (Gina Tognoni). Jill will warn Colin to keep his mouth shut, but he won’t listen. The wheels in Colin’s brain are already turning.

At the park, Phyllis will open up to Jack (Peter Bergman) about how she sees Marco (Peter Bergman) whenever she looks at him. She’s haunted by those memories, even when she makes love with Jack. As Phyllis breaks down in tears, Jack will declare that he wants to work through this. They’ll make plans to visit a marriage counselor. 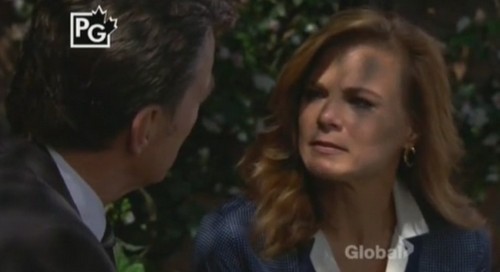 After their emotional chat, Phyllis will head to the Chancellor mansion for another one. She’ll inform Billy that they’re really done this time. Phyllis will give Billy updates on her discussion with Jack and their efforts to rebuild their relationship.

Once Phyllis explains her Marco dilemma, Billy will point out that the problem isn’t going away. Jack and Marco will always share the same face. Phyllis will insist that this is goodbye. They’ll cry together before Phyllis leaves. Later, Jill will return from the hospital and Billy will announce that she got her wish.

At the athletic club, Victor (Eric Braeden) will eavesdrop on Jack’s phone conversation. He’ll hear that they’re making an appointment with a marriage counselor. Victor will seem curious, but Jack will want him to back off.

Colin will arrive with an intriguing offer for Jack. He’ll state that he has a juicy tidbit on Phyllis. Colin will agree to spill his secret if Jack hands over $1 million. Jack will turn Colin down, but Y&R viewers can expect a change of heart later this week. 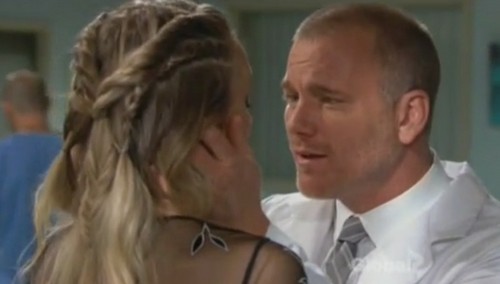 Elsewhere, Abby (Melissa Ordway) will tell Stitch that she isn’t prepared to have a child with him. She’ll understand that she’s the one who pushed for it, but things have changed. Abby will confess that she thought they were headed for a separation instead. Stitch will be grateful for Abby’s honesty. He’ll be confident that their marriage can be fixed, but Abby won’t be as certain.

Other Young and the Restless spoilers say Sharon’s (Sharon Case) edgy behavior will draw suspicion. Dylan (Steve Burton) will push Sharon to come clean, but she’ll just stomp off. When Mariah (Camryn Grimes) shows up, Dylan will urge her to stop covering for Sharon. He’ll know that something’s going on. 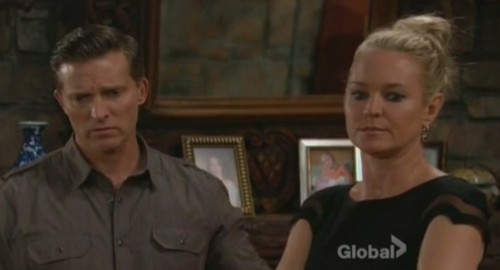 Mariah will do her best to brush off Dylan’s concerns. Sharon will come back while Dylan is upstairs with Sully. Mariah will argue that Sharon is going to have to make up a bogus story if she doesn’t want to come clean. They have to throw Dylan off the scent.

After Dylan returns, Sharon will offer a lame excuse about Mariah fishing for information. She’ll suggest that Mariah paid Victor a visit to see if he’d slip up. Sharon will say she’s afraid Victor will think Mariah was digging to help Dylan’s investigation. 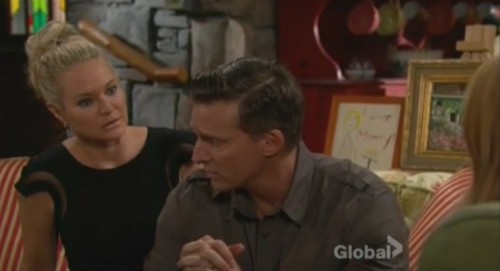 Dylan just won’t be willing to let this case go. He’ll continue his search for answers and it could lead to trouble. Does terrible news await this couple? Stick with the CBS soap to see if Sharon’s worst fears will come true.