BY Heather Hughes on September 20, 2016 | Comments: one comment
Related : Soap Opera, Spoiler, Television, The Young and the Restless 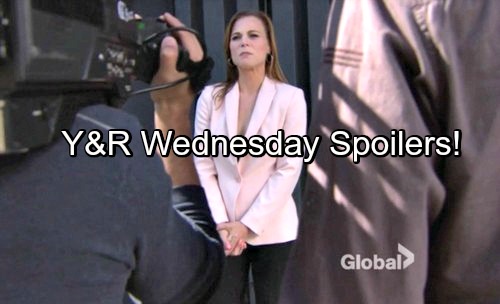 The Young and the Restless (Y&R) spoilers for Wednesday, September 21, tease that Phyllis (Gina Tognoni) will take a big risk. Her affair with Billy (Jason Thompson) has become the talk of the town and now Phyllis needs to decide how to handle it. Phyllis will choose to tackle the problem head-on. She needs to acknowledge the trouble she’s stirred up so she can put this mess behind her.

Phyllis will step in front of a camera to face the accusations. Y&R spoilers say Phyllis will address the gossip that’s been circulating about her personal life. She’ll insist that she wants to set the record straight. 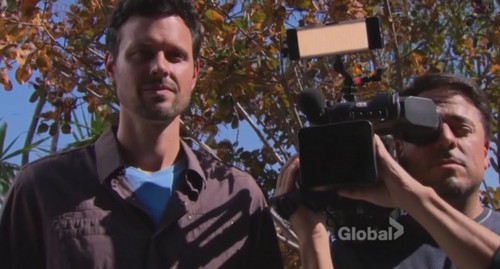 Phyllis will seem quite confident as she makes her speech. It looks like she’s prepared to make some admissions and possibly steer this story in a better direction. Phyllis will hope that she can find the silver lining of the situation and somehow spin this her way.

It’s not going to be easy, but Phyllis has to do something. The media circus is getting out of hand. If nothing else, maybe Phyllis’ statement will help the press move on. Y&R fans know it won’t be long until the next scandal hits Genoa City. 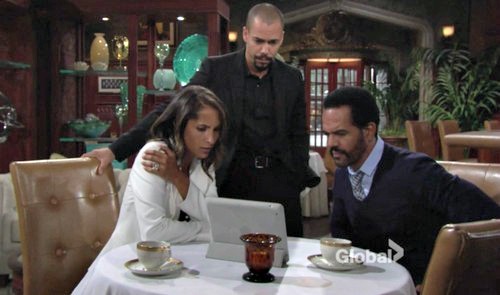 The public outcry will die down sooner or later, but that doesn’t mean the consequences are over. The fate of the Abbott-Winters foundation is in jeopardy thanks to Jack’s (Peter Bergman) outburst. Neil (Kristoff St. John), Lily (Christel Khalil) and Devon (Bryton James) will watch Phyllis’ announcement as it hits the airwaves. They’ll be anxious to see how things turn out.

If Phyllis manages to control this scandal, perhaps the foundation can get back to normal. If not, they could continue to lose donors and eventually fold. Phyllis’ words could mean the difference between success and failure. 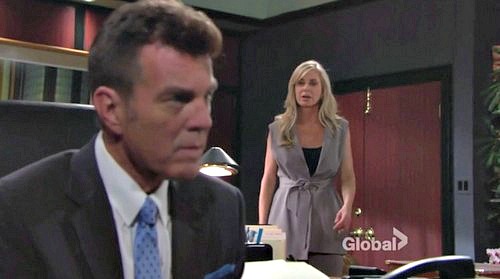 Meanwhile, Jack will be a bit preoccupied in Wednesday’s Young and the Restless episode. He’ll appear to have a startling realization about a new plan. As Ashley (Eileen Davidson) walks in, Jack will say that she’s right. Ashley will question what Jack means and he’ll suggest that it’s about what he should do next.

Jack may be taking Ashley’s advice, but he’s probably going to misinterpret it. It’s clear that Jack has been hurt deeply by Phyllis and Billy’s affair. This isn’t something Jack can just forgive and forget. Jack’s desire for vengeance is undoubtedly growing and it could lead to bad news for all parties involved. 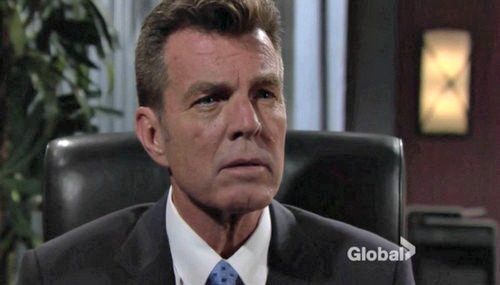 Of course, Jack wants Billy and Phyllis to pay for their forbidden encounters. He also wants revenge on Jill (Jess Walton) for keeping the secret. Finally, Victor (Eric Braeden) could use a good dose of retribution for setting everything in motion. Jack wants to check all of these people off the list one by one.