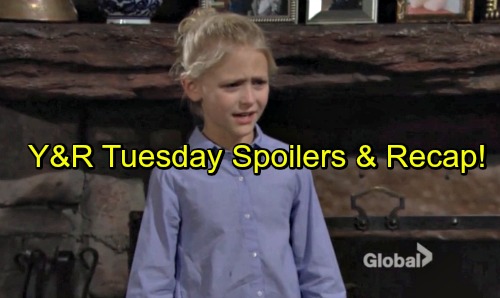 The Young and the Restless (Y&R) spoilers for Tuesday, November 8, tease that Nick (Joshua Morrow) will try to focus on the future. Sharon (Sharon Case) robbed Nick of precious moments with Christian, but he’s ready to take advantage of some new ones. Nick will be grateful that he has a chance to be a dad to his son.

Of course, Nick’s mind will also be on Sage (Kelly Sullivan). He’ll hate that Sage won’t be around to watch Christian grow up. Chelsea (Melissa Claire Egan) will offer Nick some comfort. They’ll decide to be there for each other when things get tough. As single parents, they’ll determine that they’ll both need help along the way.

At home, Dylan (Steve Burton) and Sharon will tell Faith (Alyvia Alyn Lind) about Dr. Anderson’s (Elizabeth Bogush) deception. They’ll explain that Christian was stolen from Nick and Sage. Faith will be stunned by the revelation. She’ll wonder when Sharon found out about all of this. 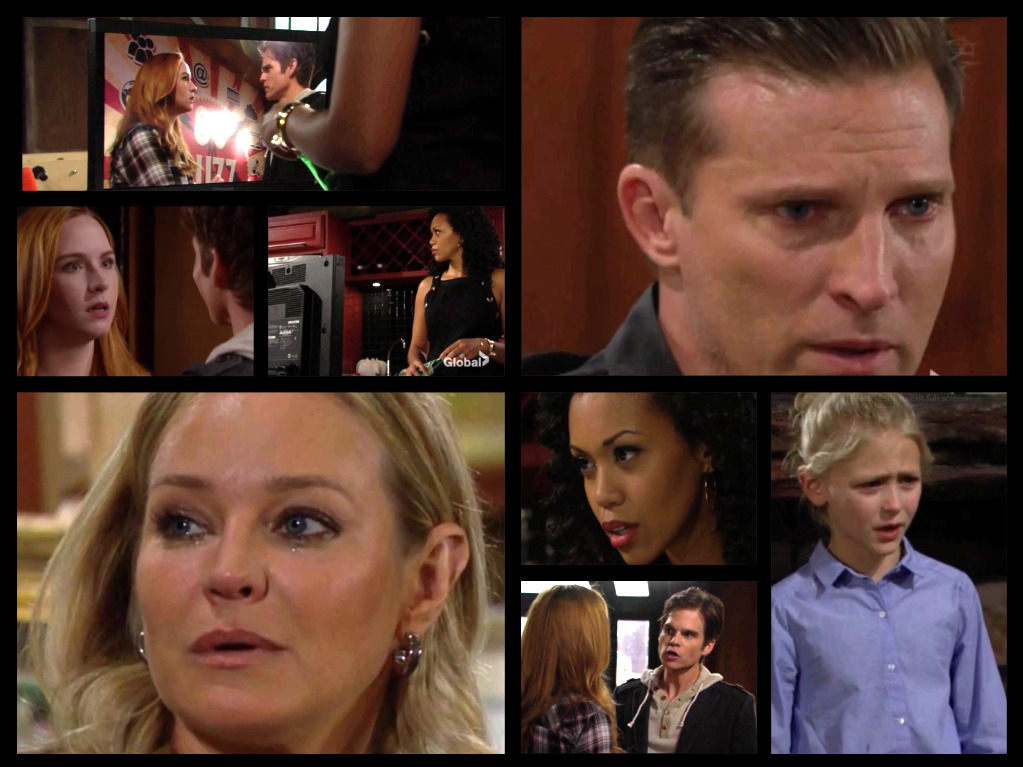 Sharon will break Faith’s heart when she reveals that she kept the secret. Faith won’t think it was right for Sharon to let Nick suffer. She’ll demand to see the baby immediately. At the tack house, Faith will hug Nick and explain what she learned.

Nick will insist everything it going to be OK. He’ll instruct Faith to start referring to the baby as Christian. Elsewhere, Chloe (Elizabeth Hendrickson) will incorrectly assume that Kevin (Greg Rikaart) heard about the wild baby drama. After she lets something slip, Kevin will want to know more.

Chloe will give Kevin updates on Dr. Anderson’s actions and Sharon’s lies. Kevin will realize Mariah (Camryn Grimes) was protecting Sharon. Meanwhile, Sharon will find Dylan hitting baseballs at the batting cages. They’ll get into another argument when Sharon maintains that she’s a victim. Dylan will contend that Sharon should’ve come clean as soon as she discovered the truth. 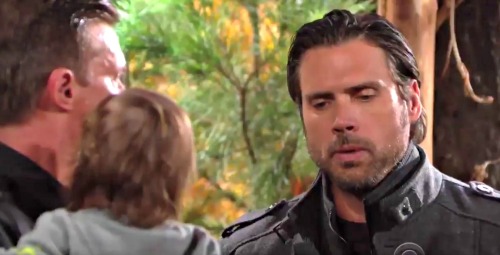 At GC Buzz headquarters, Devon (Bryton James) will order Hilary (Mishael Morgan) to scrap the story on the Newman board member’s confession. It would only make them look worse. Devon won’t want to expose the fact that they didn’t check out their source.

The Young and the Restless spoilers say Kevin will arrive to speak with Mariah. Hilary will be irritated by the interruption, but she’ll leave them to talk. Kevin will confront Mariah about covering for Sharon. Mariah will insist that she didn’t know Sully was Christian at first. When she found out, she decided to stay silent for Sharon’s sake.

Mariah will admit that she’s been struggling with the choice she made. Kevin will try to be understanding, but he’ll point out that the news will soon spread. They’ll discuss what steps Mariah should take. She could get in major trouble if Nick presses charges. 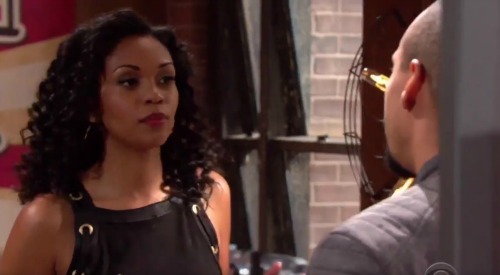 Nearby, Hilary will notice Kevin and Mariah’s intense conversation playing out on a monitor. When Devon approaches, she’ll ask him to read their lips. Devon will note that they’re talking about a baby and Dr. Anderson.

Later, Y&R spoilers state that Hilary will act like a tip is coming in. She’ll pretend that someone provided info on Dr. Anderson. Mariah’s nervous reaction will convince Hilary that she’s on the right track. She’ll decide to do some digging in hopes of learning the truth. On Wednesday, Hilary will have a potentially enlightening chat with Patty (Stacy Haiduk).

In the meantime, The Young and the Restless spoilers say Chloe will apologize to Chelsea for spilling the beans. Chelsea will suggest that Kevin would’ve found out from Mariah eventually. Chloe will be concerned about keeping their trust intact, but Chelsea will claim they’re fine.

Unfortunately, Chelsea is in for a shock down the road. Chloe has some dark secrets and they could tear her life apart. Stick with Y&R and don’t forget to check CDL often for the latest Young and the Restless spoilers, updates and news.