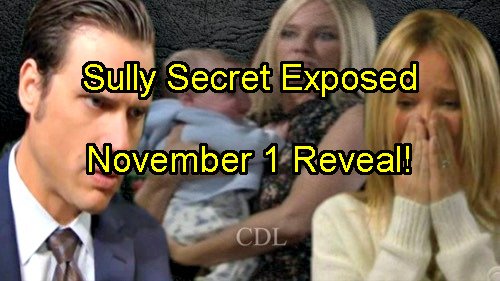 New The Young and The Restless (Y&R) spoilers reveal that Sharon Newman’s (Sharon Case) Sully-Christian baby secret will spill out on November 1 and GC Buzz will break the story. Hilary Curtis (Mishael Morgan) has been struggling with low ratings since she took over the tabloid show but this scoop is too big to ignore, no matter how much Devon Hamilton (Bryton James) won’t like it.

Is this why crazy Patty Williams (Stacey Haiduk) went missing from her room at the psych prison? We know she didn’t get far and she isn’t the person who was lurking outside Sharon’s house at the Newman ranch. Since Patty is the only one who knows all the facts at hand,could it be her that sent the info to GC Buzz. Sharon has had every chance to come clean but has refused to do so. 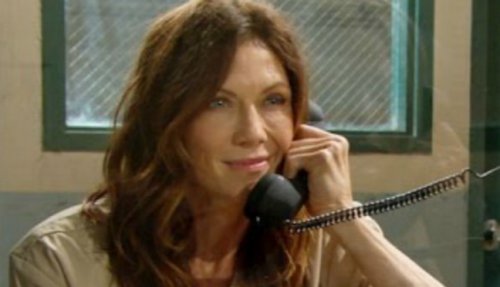 Mariah Copeland (Camryn Grimes) begged her on many occasions to tell Nick Newman (Joshua Morrow), most recently when news of Patty’s escape came to them, but Sharon adamantly refused to do the right thing. Sharon and Mariah will be both shocked and terrified when GC Buzz breaks the story of Sully’s true paternity and then they have to scramble to try and make reparations.

Nick is furious at Sharon and Mariah and so is Nikki Newman (Melody Scott) according to The Young and The Restless spoilers. The bright spot in the way this reveal comes out is that everyone in Genoa City finds out the truth all at once so the secret is out – and out in a big way. Nikki comes at Sharon hard for keeping Nick’s kid hidden from him but will Victor Newman (Eric Braeden) keep quiet? 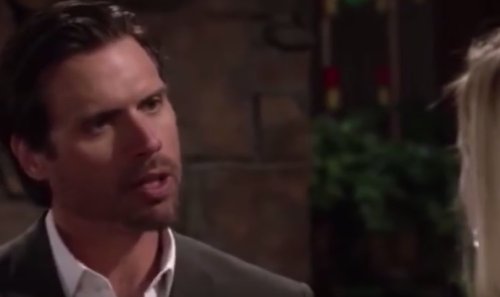 Y&R viewers all know that this secret is a layer-cake of lies since Adam Newman (Justin Hartley) is Christian’s bio-dad, or IS HE? Sharon Case spoke to TV Insider and hinted that might not be the truth saying “The evidence that Christian is Adam’s son hasn’t totally been fleshed out, so who knows how this will end up?”

It would be easy enough to DNA test Christian to check paternity, but if Victor and Chelsea Newman (Melissa Egan) keeps their lips zipped, that might not happen at all. Will Chelsea and Victor agree to let Nick keep Christian and keep Adam’s last secret hidden? Other Y&R spoilers for this reveal hint that Faith Newman (Alyvia Lind) will not like that mom Sharon has been a proven a naughty liar.

Fun fact: @StaceHaiduk & I went straight to tape on all of those Patty/Mariah scenes! #yr

Sharon Case also shared that Sharon Newman will be relieved that the secret is out. Sharon has to deal with the fallout in her marriage and around Genoa City, but the stress of the secret is off of her and she can start to piece her life back together. But can Nick forgive her and how will Dylan McAvoy (Steve Burton) react when he finds out he’s still not a father?

This heartbreaking story isn’t over yet. Even after this reveal, when and if Adam is recast and returns, he’ll have to decide if he wants his son and will take him from Nick. And there’s always the chance that Christian could turn up with Adam’s genetic eye disorder which would be a dead giveaway that Nick is not the daddy.

What do you think Y&R fans? Are you excited for the November 1 episode to see the reveal at long last? Do you think Sharon can be redeemed after this horrible year-long lie? Share your comments below and check back with CDL often for the latest The Young and The Restless spoilers and news.