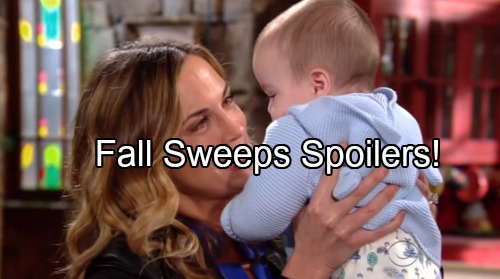 New The Young and The Restless (Y&R) spoilers for hot Fall sweeps action center on startling break-ups, make-ups, new love sparking and old rivalries flaring back to life. Genoa City will be on fire as we head into the cooler months – here’s a look at what’s coming.

Ashley Abbott (Eileen Davison) is torn between her brothers and wants the Abbotts back together. Jack Abbott (Peter Bergman) is off the rails angry at Billy Abbott (Jason Thompson) but he sees the root point of his trouble as Victor Newman (Eric Braeden). 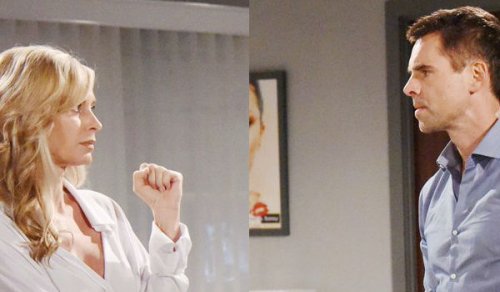 The Marco situation was the start of Jack losing Phyllis Abbott (Gina Tognoni). Jack has been preaching peace for so long but in coming weeks he does a 180 and turns against Victor even as The Mustache is trying to put his family back together.

Ashley sees the Abbotts falling apart and has to deal with Abby Newman’s (Melissa Ordway) crumbling marriage to Stitch Rayburn (Sean Carrigan). Stitch is ready for more but now Abby puts on the brakes. Can they survive this speedbump? 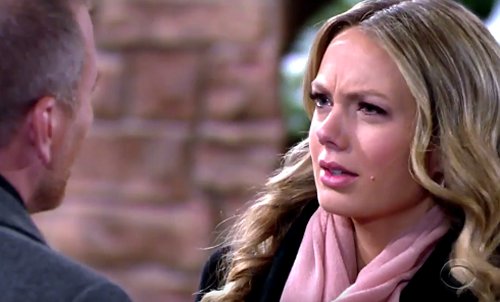 If Stitch and Abby crumble, will Stitch turn to Ashley for comfort? If Ashley indulges, isn’t she as bad as Billy (or worse)? Dylan McAvoy (Steve Burton) struggles to let go of the Victor suspicions and turns his eye on Sharon Newman (Sharon Case) and her secrets.

Y&R spoilers promise we’ll see the truth about Sully spill out but it will be a drawn-out reveal, as we all expected. Dylan finally takes notice of Sharon’s erratic behavior and ferrets out at least some of what she’s been hiding then looks for truth elsewhere. 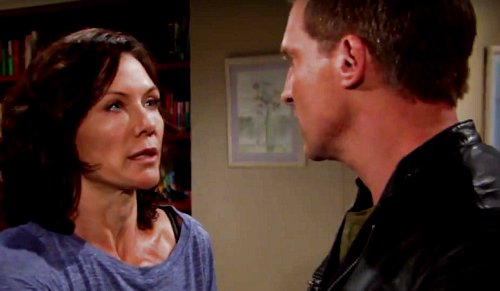 Recent leaks from Y&R reveal Patty Williams (Stacy Haiduk) is back and as Dylan turns to his nutty aunt for some illumination on the baby Sully issue. The revelations will drive a wedge in Dylan and Sharon’s marriage and shake Dylan to the core.

Patty is the lone person that could unravel the secret Sharon is keeping – the only part of the mystery Patty doesn’t know is who Christian/Sully’s biological father is. Patty could be the nail in Sharon’s coffin of secrets. 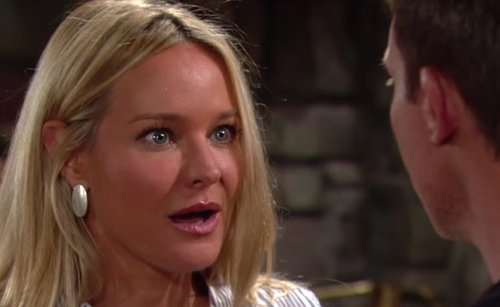 Nick Newman (Joshua Morrow) can’t leave Chelsea Newman (Melissa Egan) alone despite her request. He’s committed to the promise to Adam. Nick will chip away at Chelsea’s grief and break down her walls and will be there for her.

Chelsea has two upheavals coming – first is the ugly truth about Chloe Mitchell (Elizabeth Hendrickson) and second is the Sully reveal. Since Chelsea knows he’s not Nick’s child, she has to decide whether to keep the paternity secret. 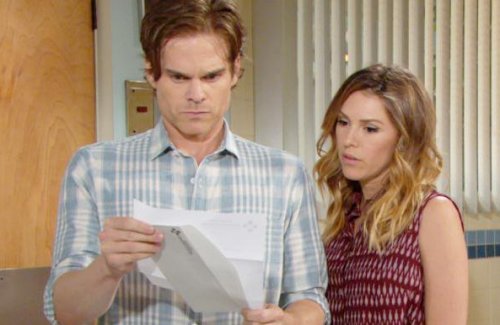 Meanwhile, Kevin Fisher (Greg Rikaart) is torn between Chloe and Mariah Copeland (Camryn Grimes) but Chloe’s secrets come out and will tip the scales towards one of them. The truth about Bella factors into how these three relate in the future. 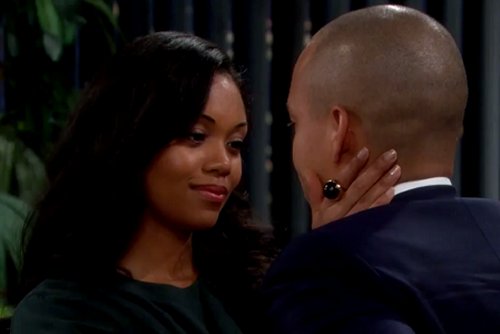 Neil Winters (Kristoff St John) does some soul-searching after reuniting with then losing his mother. He tries to keep Jack on an even keel, but Jack isn’t rational. Phyllis works to win back Jack with Billy’s support, but Jack’s anger may be insurmountable.

As Fall sweeps hit, we’ll see the transition from the frustrating and prolonged plots of Chuck Pratt Jr to the new stories crafted by replacement head writer Sally Sussman Molina and (we hope) that will change the direction of many stories.

Fingers crossed that Molina and Mal Young pick up the pace, shut down lingering plots, offer closure, and move on with fresh ideas that will better engage viewers. We’ll see. What do you think Y&R fans? Which Fall plot are you most excited about?

Share your comments below and check back with CDL often for the latest The Young and The Restless spoilers and news.

Are Billy and Cane capable of calling a truce? #YR pic.twitter.com/5tCUtjiksi