The Young and the Restless Spoilers: Summer Tries To Stop Victor & Adam Killing Luca – Nikki Plots Against The Moustache 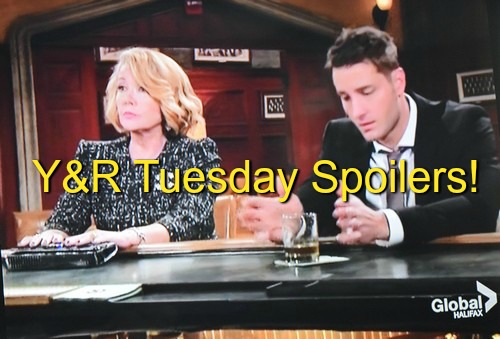 “The Young and the Restless” spoilers for Tuesday, February 23, tease that Summer (Hunter King) will catch Natalie (Mara McCaffray) spying on Victor (Eric Braeden). At her apartment, Summer will hear Victor giving Adam (Justin Hartley) orders through the camera feed on Natalie’s computer.

Victor will hint that he wants rid of Luca (Miles Gaston Villanueva) and Adam needs to make it happen.

Summer will fear that Victor plans on killing Luca and she’ll try to warn him of the danger. After she tracks him down in a suite, Summer will give Luca updates on Victor’s plot. Meanwhile, Victor will tell Adam that he doesn’t want to kill Luca, but he would like him out of the way.

Victor will insist that Adam should get Luca out of town for good. He’ll remind Adam that his secret about Christian is at stake.

Luca will try to make a run for it, but Adam will show up to stop his escape. Adam will say he’s taking Luca to the airport, but Luca will think Victor has something more sinister in mind. He’ll fear that Victor wants him dead.

Back at Summer’s place, Victor will arrive to threaten Natalie. She’ll get nervous and demonstrate that her program actually works. After giving Natalie two days to work out all the kinks, Victor will depart. Natalie will be forced to call Phyllis (Gina Tognoni) with the news that she’s backing out of their deal.

Other “Young and the Restless” spoilers say Nikki (Melody Thomas Scott) will have a busy day of scheming. At the athletic club, Nikki will meet with Judge Elise Moxley (Jensen Buchanan) and make some demands. She’ll contend that she wants Elise on Noah’s (Robert Adamson) case and his only punishment should be community service. 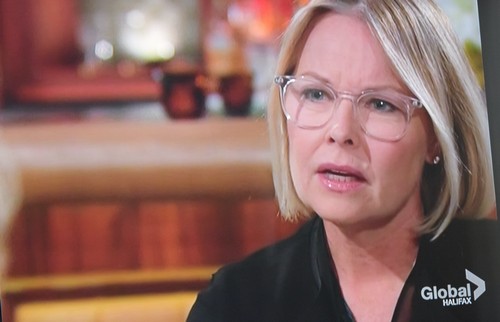 Elise will agree that Noah won’t be locked up. She definitely doesn’t want the truth about her affair with Victor to come out. Keeping Nikki satisfied is Elise’s only option at the moment. Once Nikki has that squared away, she’ll head over to Neil’s (Kristoff St. John) suite.

Nikki will eavesdrop as Jack (Peter Bergman) talks about Victor being the mastermind of an evil lookalike swap. He’ll spill details on the chaos Marco (Peter Bergman) caused.

Nikki will barge in and wonder if Jack’s claims are really true. Jack will confess that Victor is indeed responsible, but he’ll want Nikki to stay tight-lipped. After Nikki is in the loop, she’ll decide to teach Victor a lesson. Downstairs at the bar, Nikki will approach Adam with an attractive proposal.

She’ll declare that Adam should be running things and she’ll mention a plan to put him in charge. Nikki will ask if Adam wants in.

Adam could be playing with fire if he takes Nikki up on this offer. We’ve seen how Victor reacts when he gets double-crossed by a family member. Nevertheless, it’ll be tough for Adam to let this opportunity slip by him.

Y&R viewers will be anxious to see what’s coming up. Stick with the CBS soap to see if Adam will take the gamble.