The Young and the Restless Spoilers: Tracey Bregman’s Son Slapped with Restraining Order to Protect Her Terrified Boyfriend

BY Stormy Elizabeth on March 13, 2016 | Comments: 2 comments
Related : Celebrity Justice, Hot News, Soap Opera, Spoiler, Television, The Bold and the Beautiful, The Young and the Restless 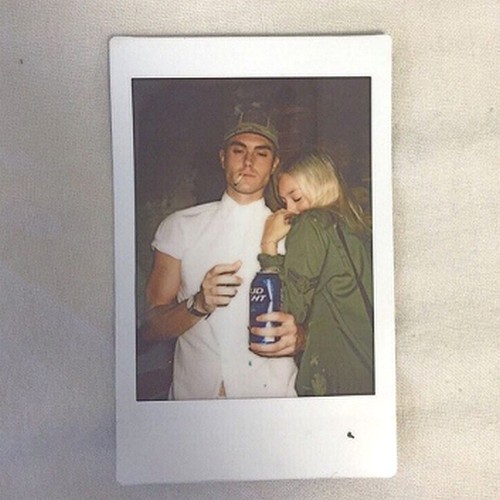 “The Young and The Restless” (Y&R) spoilers reveal that Tracey E Bregman’s son Landon Recht has been slapped with a restraining order for alleged threats against her boyfriend, Brian Landow. Tracey’s scheming soap character Lauren Baldwin is trying to get Victor Newman (Eric Braeden) locked up for life – but she’s got a soap-worthy criminal storyline going on at her own house – in real life.

This Y&R news item is all about the conflict between Tracey E Bregman’s businessman boyfriend Brian Landow and one of her two sons. Tracy’s youngest son Landon Recht, born during her 20+ year marriage to ex-husband Ron Recht, has been hit with a restraining order by Bregman’s current BF Landow according to TMZ.

This is a real The Young and the Restless shocker, particularly since the details of the requested order detail violent and dodgy behavior. Brian Landow has accused the former “The Bold and The Beautiful” star’s son of wanting to kill him and pulling a gun on him and threatening him with it.

In fact, the request for the protective order says Landon Recht has threatened to kill Brian Landow on several occasions. Landon, who is 19 now, has been a constant presence alongside his mother at soap events for both “The Young and The Restless” and “The Bold and The Beautiful.”

Brian and Tracey tried to put an end to his antics – and this led to death threats against his mom’s BF of several years. Brian and Tracey are seriously involved and even launched a company together called Bregman Landow – a fashion line.

According to Landow’s claims, Landon Recht has done some scary stuff to him – aside from the firearms incident. He’s accused Tracey E Bregman’s son of spiking his coffee with cocaine and hiding women’s lingerie in his car so that Bregman would think her longtime BF was cheating. These alleged actions are worthy of any The Young and the Restless spoilers plot.

Perhaps Landon has spent too much time watching his mom’s antics on “The Young and The Restless” and “The Bold and The Beautiful” – both of those ideas seem like soap storylines. While the panties in the car is dastardly, but mostly harmless, the coked up caffeine drink is downright terrifying and lethal.

And if Landon has cocaine lying around that he used to spike Brian Landow’s coffee, then Bregman may be right that her son has been partying way too hard. There is a court date slated in coming weeks to address the issues and Landow’s accusations against Landon Recht.

Interestingly, Tracey E Bregman posted a tribute to her older son Austin Recht just a few days ago showing him with a mug he made for his mom – she wrote “I love this boy so much.” 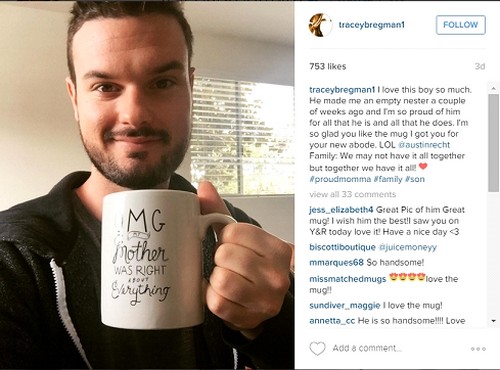 In contrast, it’s been seven weeks since Tracey posted anything about her troublesome younger son Landon Recht. 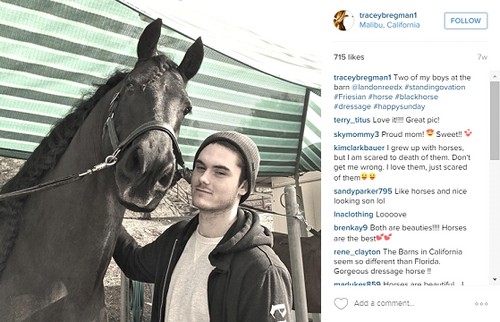 Also, if you check out Landon’s Instagram feed, you have to admit the kid looks like trouble. There are party pics, loads of profanity, middle finger out, the F word – and generally thuggish behavior on display there. Can anyone say spoiled Hollywood brat? 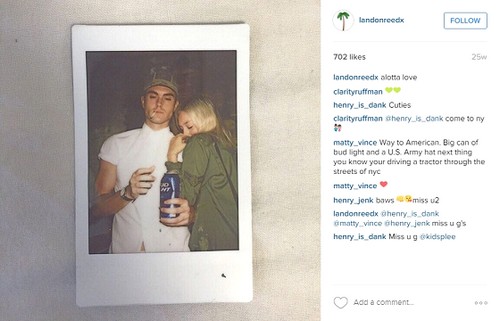 What do you think fans of Y&R and B&B? Do you think Tracey E Bregman’s son Landon really did what he’s being accused of by Bregman’s BF Brian Landow? How will the restraining order impact his relationship with his mom since Bregman and Landow are constantly together?

Let’s hope the at-home drama Bregman is enduring doesn’t affect her work on Y&R. Share your comments below on this soapy showdown between Tracey E Bregman’s son Landon and her BF Brian and check back with CDL often for more “The Young and The Restless” spoilers and news.