The Young and the Restless Spoilers: Traci Won’t Buy Jack’s Act – Michelle Refuses to Back Off – Travis Blasts Meddlesome Billy

BY Marcy Cohen on November 16, 2016 | Comments: one comment
Related : Soap Opera, Spoiler, Television, The Young and the Restless 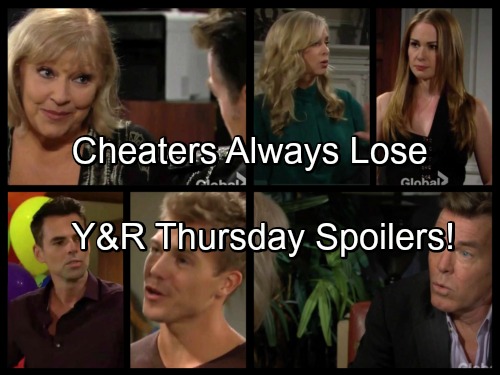 The Young and the Restless (Y&R) spoilers for Thursday, November 17, tease that Traci (Beth Maitland) will pop up in Genoa City. Once she gets updates on the latest family drama, Traci will gladly offer unsolicited advice. Jack (Peter Bergman) is facing a bit of a dilemma, but he’s not willing to admit it yet. He could use some guidance from Traci as he works through his issues.

Phyllis (Gina Tognoni) cheated on Jack with Billy (Jason Thompson) and it turned all of their lives upside down. Jack was devastated by the affair news and he insisted on ending his marriage. Although Jack’s rage hasn’t died down much, it’s clear that his feelings for Phyllis are growing stronger. Jack is finding it difficult to fight his attraction.

Nevertheless, Jack is choosing to live in a state of denial. The Young and the Restless spoilers say Traci will hear about the deal Jack and Phyllis made. He’ll contend that it’s the only reason Phyllis is at Jabot. After Jack suggests that there’s nothing between them anymore, Traci will flash a sly smile. She’ll point out that Jack is a terrible liar. 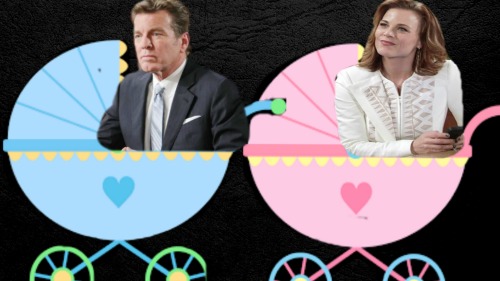 Like any good Abbott, Traci tends to meddle when it comes to family matters. She wants Jack to be happy and she’ll do whatever she can to help him. It seems Jack is still in love with Phyllis deep down. Perhaps Traci will encourage Jack to move toward forgiveness. She’ll know that’s the only way Jack will ever be at peace.

Of course, Traci will face resistance. Jack is stubborn and he’ll wrestle temptation as long as he can. In the meantime, Ashley (Eileen Davidson) will dish out some advice of her own. She’ll talk to Michelle (Kelly Frye) about her fling with Travis (Michael Roark) and what it could do to Victoria (Amelia Heinle).

Ashley will argue that things are different now. Travis moved on and so should Michelle. Ashley will declare that Michelle needs to do the right thing and walk away. Michelle will reply that she can’t do it. She’s in love with Travis and she feels confident that she can get him back.

It appears Ashley won’t make much progress. She’ll have to turn to Travis if she wants any of this resolved. Elsewhere, Billy will do his part to sort this mess out. He’ll try to determine just how bad this situation is going to get for Victoria. 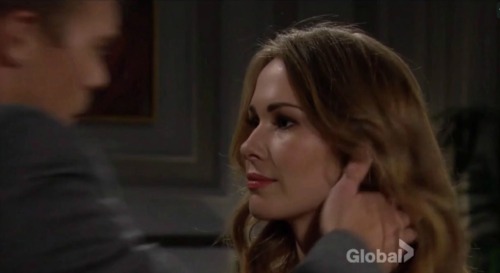 During a tense chat with Travis, Billy will note that there are no secrets in this town. The Young and the Restless spoilers say Travis will be agitated by Billy’s constant interference. He’ll snap that it’s really none of Billy’s business. Naturally, Billy will disagree.

If it involves hurting Victoria, Billy most definitely feels like he should be in the loop. Victoria and Billy aren’t together at the moment, but they still have each other’s backs. Y&R fans know that fact just isn’t going to change.

Later, Ashley will catch up with Travis to deliver an ultimatum. If Travis doesn’t come clean about his betrayal, then Ashley intends on spilling the beans. We’ll keep you posted as this storyline plays out. Stay tuned to Y&R and don’t forget to check CDL often for the latest Young and the Restless spoilers, updates and news.