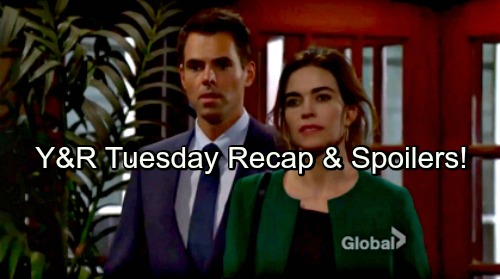 The Young and the Restless (Y&R) spoilers for Tuesday, September 27, tease that Jill (Jess Walton) will actually try to get some work done. She’s been busy matchmaking lately and it’s about to interfere with her business goals. When Jill extends an offer to Lauren (Tracey E. Bregman), she’ll be met with criticism.

Jill will suggest that Fenmore’s could sell Brash and Sassy’s new fragrance exclusively. Lauren won’t like the idea. She’ll think Jill is too focused on Billy (Jason Thompson) and Victoria’s (Amelia Heinle) reunion. Jill will maintain that the company is offering a great product, but Lauren won’t budge.

Meanwhile, Victor (Eric Braeden) will prepare to deliver an offer of his own to Travis (Michael Roark). He’ll get on the phone with someone and state that he needs to know everything. When Victoria hears about Travis’ upcoming appointment, she’ll have some concerns. Travis will insist that he can handle it. 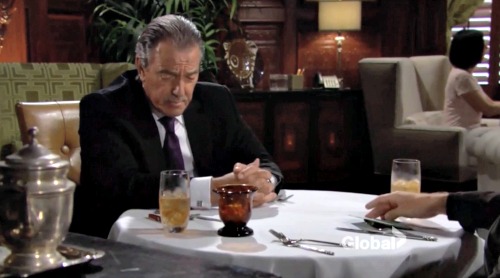 Later, The Young and the Restless spoilers say Travis will meet with Victor in his office. He’ll impress Vic with his knowledge of Newman Enterprises and claim that the company is actually quite vulnerable. Travis’ honesty will be appealing to Victor. He’ll think they might be able to work out a mutually beneficial arrangement.

Elsewhere, Billy will reject Lily’s (Christel Khalil) advice on the new ad campaign. He’ll think Victoria’s opinion matters more. Cane (Daniel Goddard) will be offended, but Billy will stand by his thoughts on the matter. Victoria will arrive and express her approval to Cane. She’ll think the commercial turned out well.

Billy will speak with Victoria privately and wonder why she’s on board. She’ll argue that Cane isn’t the one they’re going up against. Billy will agree that Jill is the real enemy here. Cane will speak with a flirty model who is clearly interested in him. As Jill watches, Cane will remain loyal to Lily. Jill will be proud of Cane for doing the right thing. 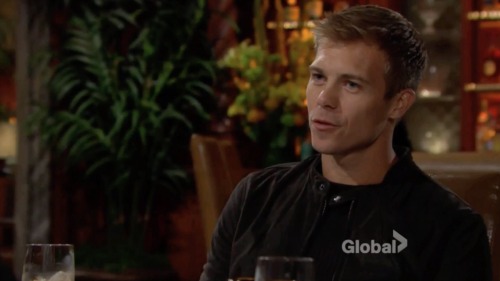 At the club, Victor will write down a figure on a piece of paper and toss it toward Travis. When Billy and Victoria will show up, they’ll be curious about what’s going on. Victoria will indicate that she trusts Travis completely, but Billy will remain nervous. Suddenly, Travis will walk over and announce that he turned down Victor’s offer to work at Newman.

Once everyone is gone, Victor will scowl over not getting his way. Nearby, Y&R spoilers say Devon (Bryton James) and Hilary (Mishael Morgan) will consider suing GC Buzz. Michael (Christian LeBlanc) will contend that it’s a waste of time and money. They just don’t have a case.

Devon will remain determined to resolve this, so he’ll head to GC Buzz headquarters. He’ll try to get the producer to back off Jack, but that plan won’t pan out. Back at the club, Devon will prepare to give a follow-up interview. Once it gets underway, he’ll state that he just purchased GC Buzz. He’ll promptly tell the reporter he’s fired. 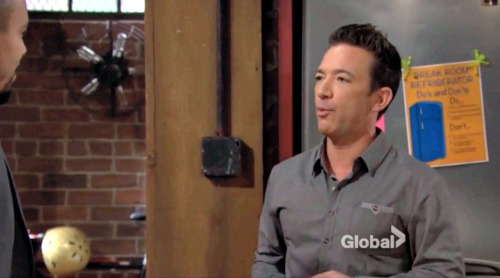 At the park, Michael will get cozy with Lauren. They’ll share some kisses and Lauren will fill Michael in on her encounter with Jill. Michael will suggest that Lauren could make Brash and Sassy’s product a hit. Lauren will call Jill and ask if the exclusive selling rights are still available.