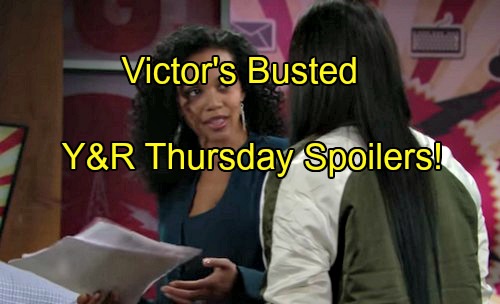 The Young and the Restless (Y&R) spoilers for Thursday, October 20, tease that Ashley (Eileen Davidson) will grill Jack (Peter Bergman) about his flash drive. She’ll wonder what her brother is hiding, but he’ll play dumb.

Later, Ashley will warn Phyllis (Gina Tognoni) that she’d better not mess everything up for Jack again.

Phyllis will stay focused on her reunion goals. She’ll make a bold move to help her plan. In the elevator, Phyllis will face a curious Billy (Jason Thompson). He’ll still want to know what the flash drive contains. Phyllis will urge Billy to forget it. She’ll quickly restrict him to Brash and Sassy’s floor.

A security guard will be posted to make sure Billy’s visits to Jabot cease immediately. Billy will meet up with Cane (Daniel Goddard) and Victoria (Amelia Heinle). He’ll relay the new rules and they’ll get down to business. Travis (Michael Roark) will interrupt their work discussion and ask to speak to Victoria privately. 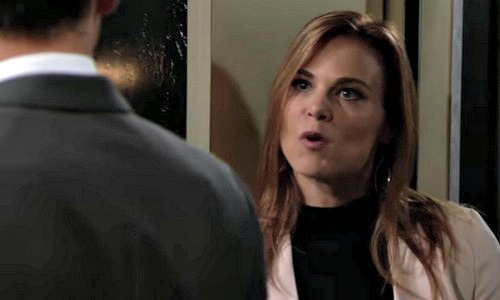 The Young and the Restless spoilers say Travis will mention a problem he ran into at Newman Enterprises. Victor (Eric Braeden) called Travis into his office and brought up a leak at the company. Travis felt like he was being accused. He’ll point out that he doesn’t approve of the constant suspicion.

Victoria will admit that her whole family struggles with trust. Travis will seem unsure about being involved in the Newman web. Meanwhile, Jack and Phyllis will chat about the threats to their scheme. Billy and Ashley are obviously trying to learn the truth.

Y&R spoilers say Jack won’t be worried about his siblings. He’ll indicate that he’s eager for the bomb to drop on Victor. Jack will want Vic to know why it happened and who delivered it.

At GC Buzz, Hilary (Mishael Morgan) and Devon (Bryton James) will be at odds over morals. These two just can’t get on the same page. 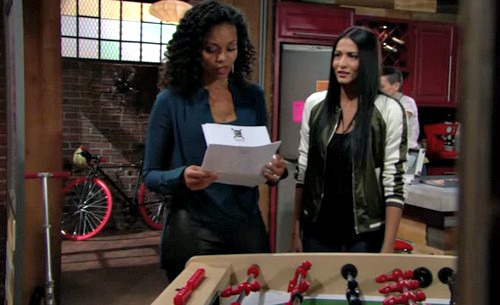 Devon will be adamant that they can’t sacrifice their integrity for ratings, but Hilary will continue to gripe. After Devon exits, Hilary will receive the scoop on Newman. She’ll learn that Victor has been cooking the books.

Hilary will hesitate to move forward without Devon’s go-ahead, but she’ll do it anyway.

Devon will come back as Hilary is taping and he won’t be pleased. He’ll insist that they can’t report on this until they’re certain of the facts. They’ll head off to get a comment from Victor on these accusations.

At Newman, Natalie (Mara McCaffray) will be serving as the new assistant. Victor will tell Natalie that she can take Travis off the list. It looks like Victor will have to keep searching for answers about the mole.

A short time later, Jack will run into Victor and sarcastically praise him for his efforts to rebuild Newman. Victor will get agitated and return to his office. 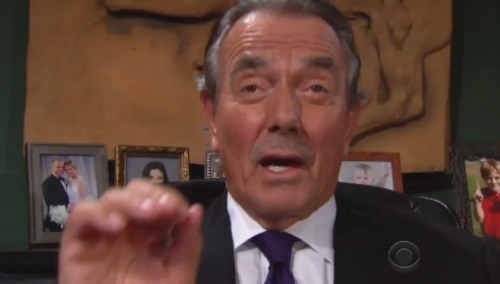 The Young and the Restless spoilers say Hilary and Devon arrive to confront Victor about the info that came in. When Victor hears the book-cooking allegations, he’ll toss Devon and Hilary out. Victor will probably know that this has Jack written all over it.

The Abbott and Newman feud is about to heat up. We’ll give you updates as more news emerges. Stay tuned to Y&R and don’t forget to check CDL often for the latest Young and the Restless spoilers, updates and news.