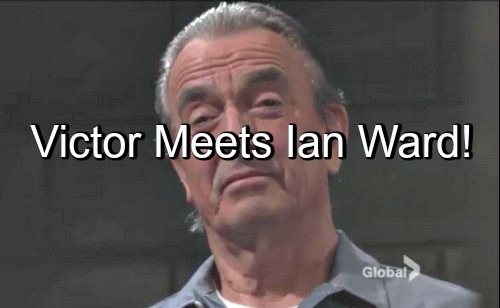 “The Young and the Restless” spoilers for tomorrow’s epsiode on Friday, April 1, tease that Victor (Eric Braeden) will face some trouble in prison. Victor normally runs the show at Newman Enterprises and he’s always had a tight hold on his family. Even Luca (Miles Gaston Villanueva) and the Santoris know that Victor is a force to be reckoned with.

Now Victor is sitting in the slammer wondering where he went wrong. He’s not feeling so large and in charge anymore. In prison, Victor is just another criminal in a jumpsuit. Nevertheless, “The Young and the Restless” spoilers indicate that Victor will try to make the best of a bad situation.

Victor will enjoy himself by reading a book in a common area. Unfortunately, an angry thug will dare to disturb Victor’s recreation. The inmate will drop a hint about Victor needing some protection in the state pen.

Victor will ask, “Protection from what?” The brute will pull out a shiv and extend it toward Victor. He’ll snarl back, “Me.” 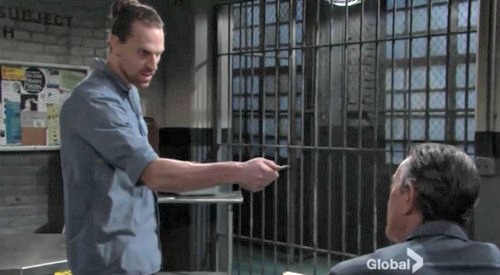 Victor won’t be too worried about a skinny dude with a man bun. He’ll punch this hipster convict to put him in his place. The defeated prisoner will hiss that “he” won’t be happy about this. Who’s the ringleader that this guy is talking about? Victor will find out soon enough.

Later, someone will approach Victor’s cell. Vic will glance over and state, “So it’s you. I should have known.” Could Ian Ward (Ray Wise) be the person Victor is staring down? It sounds like a good possibility. If it is Ian, Y&R is really shaking things up.

Victor Newman and Ian Ward are normally bitter enemies. This time they might be on the same team. If Ian and Victor put their heads together, they might be downright unstoppable. “The Young and the Restless” spoilers reveal that Victor will form a dangerous plan. Perhaps Ian will lend a helping hand in a mutually beneficial arrangement.

Y&R spoilers tell us that on next week’s episodes, Nick (Joshua Morrow) will realize that Victor has something in store. It’s probably going to ruffle a few feathers if Victor pulls off whatever he has cooking. Stick with the CBS soap for updates on Victor’s attempt to secure his freedom and get revenge.

So Y&R fans, what do you think about the news that Victor will beat up another inmate? Will Ian come to see Victor? Will they team up to get out of prison and seek vengeance? Voice your opinion in the comments below and don’t forget to check CDL often for the latest “Young and the Restless” spoilers, updates and news.