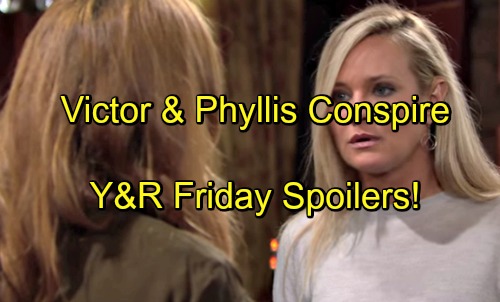 The Young and the Restless (Y&R) spoilers for Friday, October 21, tease that Hilary (Mishael Morgan) will cause quite a stir. She’ll run the story on Victor (Eric Braeden) and Newman Enterprises, but Devon (Bryton James) won’t be pleased. He’ll feel like Hilary didn’t care what he thought about it.

Y&R spoilers say Victor will stew as he watches Hilary’s report. He’ll head over to GC Buzz to give them a piece of his mind. Victor will insist on doing an interview to defend himself.

He’ll rip into Hilary for taking advantage of this scoop without checking the facts. 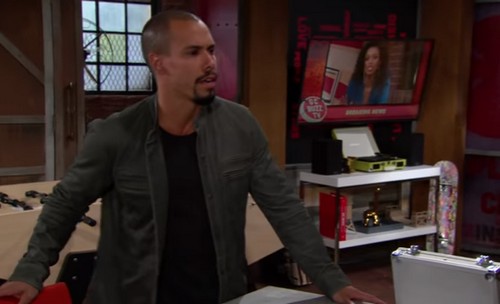 Victor will vow to sue them and purchase the company. Once he’s the owner, Victor will plan on taking Hilary’s show off the air. It’s clear that Victor means business.

At Jabot, Jack (Peter Bergman) will let Phyllis (Gina Tognoni) know that he’s just getting started. He hopes to bring Victor down in a big way. 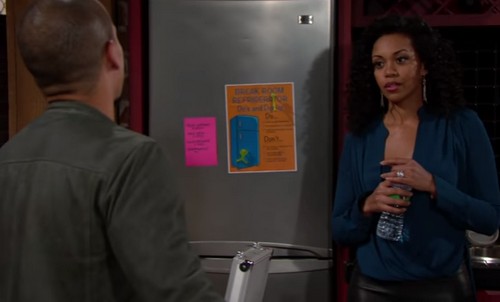 Ashley (Eileen Davidson) will stop by Jack’s office to ask about his involvement in Newman’s misfortune. Jack will admit that he’s responsible, but he’ll pretend that he’s finished with his revenge mission.

Later, Victor will storm in and accuse Jack of causing the media mayhem. Jack will deny it, but he’ll tease Victor by providing info for a good PR firm.

After Victor leaves Jack, he’ll surprise Phyllis at her desk. Victor will hint that they have a mutual goal. It seems he’s hoping to get Phyllis on his side. 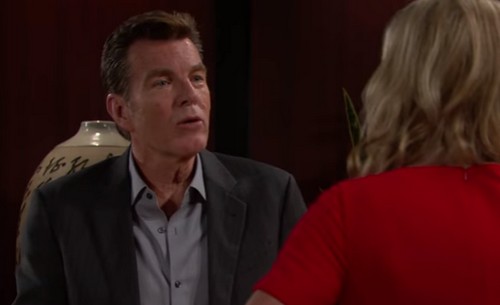 Meanwhile, Ashley will listen to Abby (Melissa Ordway) talk about her Stitch (Sean Carrigan) issues. Abby will confess that her marriage is probably over.

When Abby meets up with Stitch in the park, she’ll make it official. Abby will tear up as she declares that she never really loved Stitch. She’ll insist that it’s best to end it. Stitch will look heartbroken over the news.

Other Young and the Restless spoilers say Nick (Joshua Morrow) will open up to Mariah (Camryn Grimes) as he prepares to leave the hospital. He’ll mention that Christian would be turning one today. 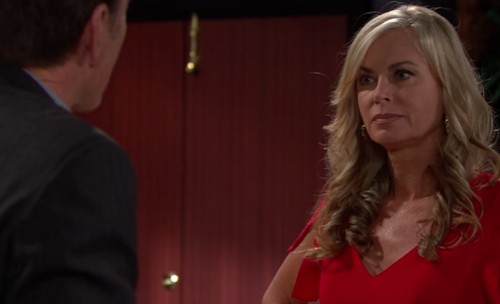 Nick will believe that spending time with Sully softened the blow. He’ll describe the strong connection he feels with the tot.

As they disconnect, Nick will walk in with Mariah and excuse himself to change clothes. 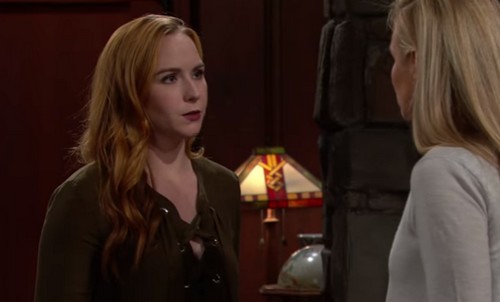 Mariah will tell Sharon about Nick’s growing bond with the baby. Sharon will decide she needs to put a stop to it. She’ll hope to get Nick out of the house ASAP.

When Nick comes back, Sharon will indicate that she’s not comfortable with him staying there anymore. She’ll say they’re reverting back into couple mode and it’s awfully awkward.

Sharon will throw in a comment about looking out for Connor (Gunner and Ryder Gadbois). That will be the final push that Nick needs. He’ll pack up his stuff and get ready to head home.

Before he goes, Nick will embrace Sharon and express his gratitude for this visit. He’ll suggest that he particularly enjoyed hanging out with Sully.

Sharon will be filled with guilt, but she’ll stick to the plan. Unfortunately, The Young and the Restless spoilers state that things are going to blow up soon. We’ll give you updates as the Sully reveal gets closer.