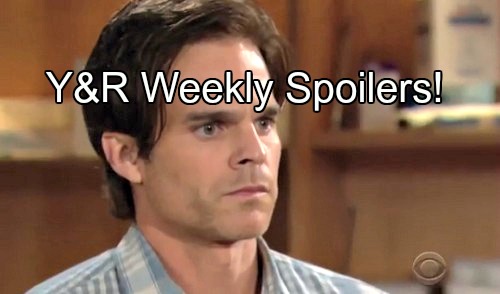 The Young and The Restless (Y&R) spoilers for episodes the week of Monday, August 1 through Friday, August 5 indicate that the DNA results are back on Bella and Victor makes big scary moves. Meanwhile Jill schemes to reunite Victoria and Billy, Chelsea tries to work Chloe to save Adam, and Hilary and Ashley rub each other the wrong way.

At Adam Newman’s (Justin Hartley) request, Chelsea Newman (Melissa Egan) agrees to dig info out of Chloe Mitchell (Elizabeth Hendrickson) to find out if she was working with Victor Newman (Eric Braeden). To facilitate info gathering, Chelsea moves Chloe and Bella into her place.

Victoria Newman (Amelia Heinle) and Nick Newman (Joshua Morrow) doubt their futures at Newman Enterprises and she entertains the lucrative offer from Jill Abbott (Jess Walton) to helm Brash & Sassy. Victoria tells her dad about the deal to see how he responds and if he tries to keep her. 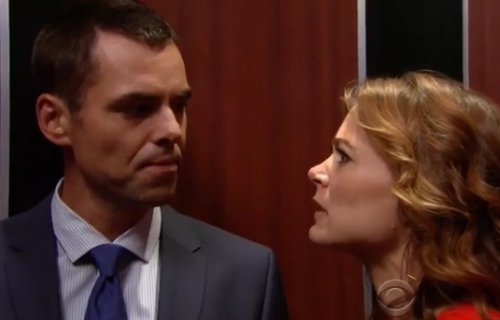 Nikki Newman (Melody Scott) worries that Victor is trying to cut the kids out of the business – imagine that, The Moustache seeks revenge against those rats that betrayed, what a shocker… Plus, Jill wants to make darned sure that Phyllis Abbott (Gina Tognoni) stays away from Billy Abbott (Jason Thompson) and reminds her she can take her down at any time.

Nick visits Adam and they discuss their father and whether he’s the one who set Adam up and if he can get him out. Adam tells Nick about the missing Sage diary pages. Nick then goes to see Dylan McAvoy (Steve Burton) about the pages.

Kevin Fisher (Greg Rikaart) gets the paternity test results back on Bella (Cali May Kinder). Stitch Rayburn (Sean Carrigan) delivers the envelope to Kevin and Chloe together. Is Kevin a daddy or not? And if it’s not Kevin’s, does that confirm it’s a Billy baby for sure? 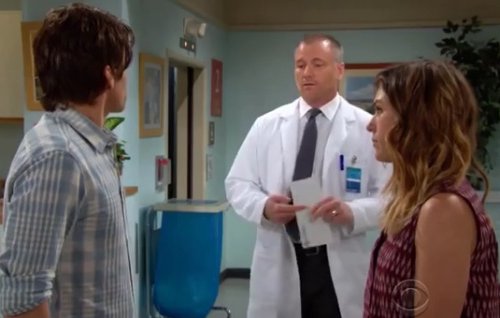 Sharon Newman (Sharon Case) makes a sacrifice this week as she and Dylan make plans to go camping with the kids including Mariah Copeland (Camryn Grimes). The Young and The Restless spoilers tease that Mariah and Sharon are less than thrilled by the ick of the great outdoors.

Ashley Newman (Eileen Davidson) and Hilary Curtis (Mishael Morgan) get into a heated confrontation yet again. Victor is neck deep in shenanigans this week and Chloe decides to visit Adam in prison. Will she admit she nailed him or try and play the same story she told Chelsea that she’s over the anger?

Luca Santori (Miles Villanueva) is stunned when Summer Newman (Hunter King) tells him she might be pregnant. What’s next for these two? The Young and The Restless spoilers tease that Phyllis and Nick team up and have an uncomfortable discussion about being grandparents. 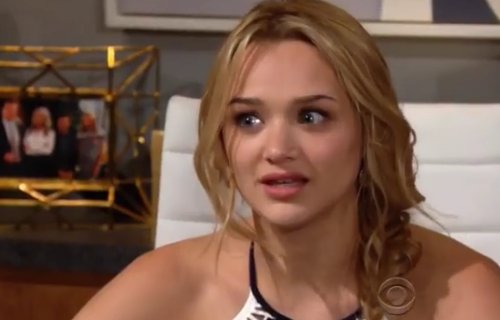 Lily Winters (Christel Khalil) can’t get past her hatred of Hilary and begins to scheme again. Meanwhile, Cane Ashby (Daniel Goddard) and Billy continue to bicker at work and get under each other’s skin. Jill continues her plot to reunite Victoria and Billy.

Jack takes sides later in the week and he and Nick have a serious talk about whether Victor has revenge plans against Phyllis. Abby Newman (Melissa Ordway) finds out something this week that takes her off guard. What could it be and will it affect her marriage for better or worse?

By the end of the week, Victor has completely had it with Chloe not handing over the diary pages and thwarting his plan to get Adam out of jail. What will Victor do to get his way? There’s no way he’ll let little Chloe ruin his grand plan to redeem Adam. How far will Chloe push The Moustache and survive? 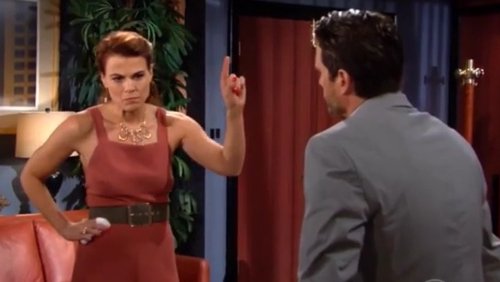 Lots to see on the Y&R episodes the week of Monday, August 1. Share your comments below and check back with CDL often for all the latest The Young and The Restless spoilers and news.