‘The Young and the Restless’ Spoilers: Week of July 25-29 – Heated Showdowns, Shocking Reunions and Dangerous Connections 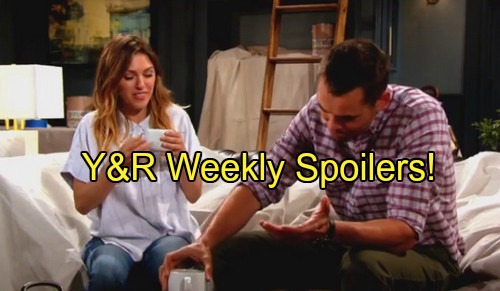 The Young and the Restless (Y&R) spoilers for the week of July 25-29 tease that Victor’s (Eric Braeden) release will really shake things up for the Newmans. This is what they fought for, but that doesn’t mean everything will be just peachy. Victoria (Amelia Heinle) and Nick (Joshua Morrow) will find it difficult to have their say once Victor is back at the helm.

Meanwhile, Nikki (Melody Thomas Scott) will be thrilled to have her hubby home. She’ll insist that this is a new beginning for them. Nikki is convinced that Victor has changed, but he’s still the same conniving criminal he always was. Victor has been lying nonstop about framing Adam (Justin Hartley).

Unfortunately, Victor got himself in too deep. Chloe (Elizabeth Hendrickson) has no intention of letting Adam off the hook. She wants Adam to rot in prison. After engaging in a showdown with Victor, Chloe will make a few more stops around town.

Chloe will visit Chelsea (Melissa Claire Egan) as well as Billy (Jason Thompson). They’ll both be stunned by her unexpected arrival. Later, Kevin (Greg Rikaart) will also get a blast from the past when he runs into Chloe. Stick with The Young and the Restless to see how all of these encounters turn out. 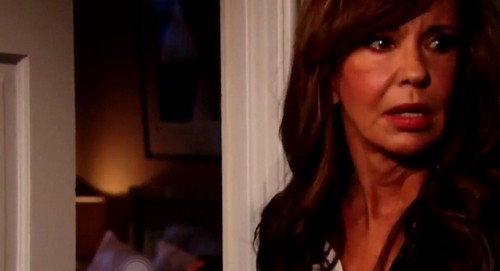 Other Y&R spoilers reveal that Phyllis (Gina Tognoni) will take some heat after Jill (Jess Walton) catches her in bed with Billy. Phyllis will try to explain her actions, but Jill may have a tough time buying her excuses. Nevertheless, Billy and Phyllis’ affair won’t be ending just yet.

The Young and the Restless spoilers suggest that Phyllis won’t be able to resist Billy’s charm and adoration. Their profound connection has put Phyllis in a real bind. Phyllis doesn’t want to hurt Jack (Peter Bergman), but there’s something about Billy that she craves.

Billy and Phyllis will likely enjoy another love session after Jill makes her discovery. When they’re around each other, they just can’t fight temptation. Honestly, they don’t even want to try anymore. It’s clear that the bond between Billy and Phyllis is growing stronger.

Elsewhere, Victoria will get an attractive offer. Since Jill wants to bring Victoria on board at Brash and Sassy, perhaps that’s what this is about. Victoria is quickly being pushed aside at Newman. She’ll probably realize she needs to move on.

Victoria feels like she’s the only one who knows how to handle Brash and Sassy. This company is her baby and she’s got what it takes to send profits soaring. Jill undoubtedly wants to lure Billy out of his new romance with Phyllis. Once Victoria joins the B-and-S team, will sparks fly with her ex?

It’s anybody’s guess who Billy will end up with six months from now. Billy could fully pursue a relationship with Phyllis. Then again, he might reunite with Victoria. Billy could even get back together with Chloe down the road. Of course, it might be a mixture of these options. Billy is quite the player!

We’ll give you updates as more news comes in. It should be interesting to see where these storylines are headed. Stay tuned to Y&R and don’t forget to check CDL often for the latest Young and the Restless spoilers, updates and news.