‘The Young and The Restless’ Spoilers: Week of June 27 – Victor Shocks the Court – Devon and Jack Face Off Over Hilary 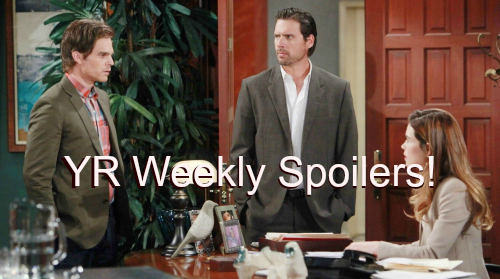 The Young and The Restless (Y&R) spoilers for new episodes the week of Monday, June 27, to Friday, July 1, show that Adam’s case looks like a slam dunk against him, Victor stuns the judge and his family with his testimony and Jack’s birthday is forgotten.

Hilary Curtis (Mishael Morgan) tells Devon Hamilton (Bryton James) that they’re done but he pushes back. Lily Winters (Christel Khalil) tells Hilary to pack her junk and get out of the GCAC and Hilary responds by calling her a “vicious bitch.”

Hilary has a medical setback and lands at Genoa City Memorial and when Devon comes to see her, she tells him that their marriage is over. Meanwhile, Hilary focuses on Jack Abbott (Peter Bergman) and Devon can’t ignore that. 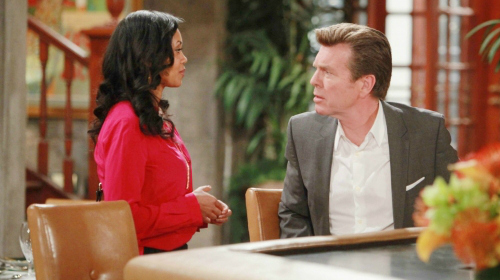 Jack is stunned by Devon’s anger. Ashley Newman (Eileen Davidson) worries about the Abbotts. Phyllis was so busy getting busy with Billy she forgets Jack’s birthday. Phyllis tries to play it off and says she planned to take him to the Abbott cabin.

Jack seems to buy it and they take off but as soon as they get there, Jack realizes that Adam Newman’s (Justin Hartley) trial is starting and takes off back to Genoa City to be there for Adam leaving Phyllis alone at the cabin.

Billy was jealous when he saw Phyllis playing sweet with Jack at the GCAC and so he heads up to the cabin and finds Phyllis alone. Phyllis is overwhelmed by guilt but she and Billy can’t keep their hands off each other – will Jack run in on them.

Billy’s jealousy doesn’t stop with Phyllis, though. Billy also gets into a showdown with Travis Crawford (Michael Roark) over Victoria. Travis talks smack about him having something real with Victoria Newman (Amelia Heinle) and Billy gets physical. 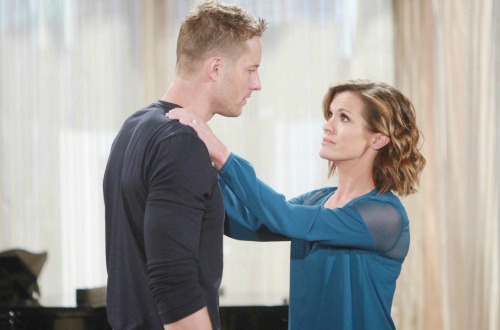 Does Summer finally suspect that Luca is scheming? Michael Baldwin (Christian LeBlanc) tells Adam that he has information about Victor Newman’s (Eric Braeden) accomplice. Kevin Fisher (Greg Rikaart) is also on the trail of the accomplice.

Kevin wrongly accused Natalie Soderberg (Mara McCaffray) of being Victor’s partner so they hack the prison video to find out who it is. They can’t see her face but from the back she looks like Natalie. They dig into the mystery. 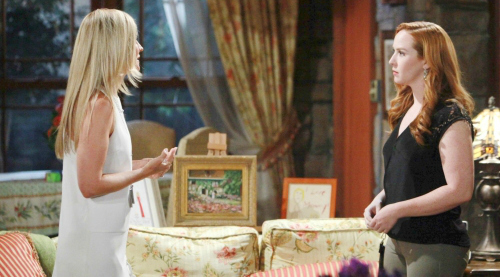 Ghost Sage keeps haunting Sharon Newman (Sharon Case) and she’s off her meds. To make it worse, Mariah Copeland (Camryn Grimes) lies to get sleeping pills for Sharon. Mariah also tells Sharon and Dylan that Natalie is working for Victor.

Chelsea Newman (Melissa Egan) goes to extremes to protect Adam. By the end of the week, Sharon is backed into a corner and is ready to crack. As Adam’s trial begins, Victor tells Meredith Gates (Alicia Coppola) to stay away.

He doesn’t want her to find out he’s been lying but she sneaks into court at the last minute. Nikki Newman (Melody Scott) sees Meredith and thinks they have much in common. Adam is counting on Ian Ward (Ray Wise) to get him out of trouble.

Ian and Victor are taken to court for their testimony. The Newmans show up to support Adam and what Victor says when he takes the stand is explosive and changes everything. His family will be floored. But is he damning Adam to jail or saving him?

All this and more on the Y&R episodes the week of Monday, June 27 thru Friday, July 1. Watch then come back to CDL often for more The Young and The Restless spoilers and news.