‘The Young and The Restless’ Spoilers: Who Wants Hilary Dead – Will One of Her Enemies Try To Kill Her? 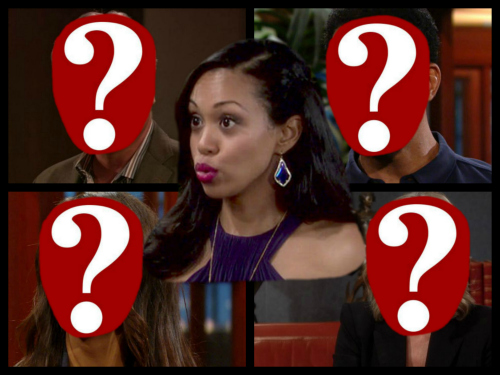 The Young and The Restless (Y&R) spoilers tease that Hilary Curtis (Mishael Morgan) may see her ruthless quest for power in Genoa City cut short. But will her illness take her out – or will someone else? There’s a roster of people who wouldn’t mind seeing Hilary out of the way whether it’s in a coma, leaving town or dead and gone. Who wants Hilary dead? Vote in the CDL POLL.

It’s a toss-up who hates Hilary more – Lily or Neil. Father and daughter both hate her. Lily despises what Hilary has done by destroying the lives of the men most precious to her, so it’s conceivable that Lily might want to see Hilary pushing up daisies for what she’s done to her father and brother.

Not only does Lily hate what Hilary is doing to Devon Hamilton (Bryton James) and the blackmail against her dad, but now Hilary is after Jack Abbott (Peter Bergman). Lily isn’t violent, but if Hilary was already on the ground dying, Lily might step over her, NOT call 911, and let Hilary lapse into coma or death. 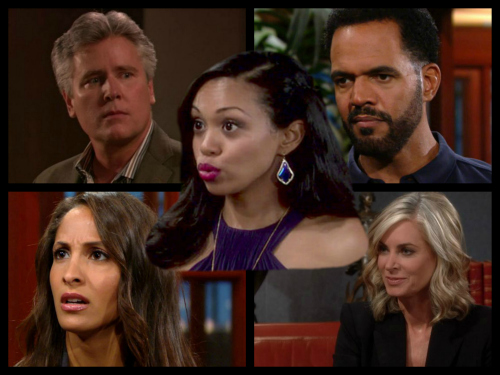 Love and hate are tied closely together but is seems like lately hate is about all that Neil has left when it comes to his ex-wife/daughter-in-law. The Young and The Restless spoilers reveal that Neil will soon admit his day of reckoning is coming since the kidnapping secret is out.

Neil may already wish he left Hilary to die in the British Virgin Islands, but would he go so far as to kill her? Perhaps – particularly if it meant it would save his son Devon or daughter Lily. Neil might not off Hilary with his bare hands, but if he boozes up, perhaps he’d run her down in a tragic DUI.

Ashley is disgusted with Hilary all around. Not only is Hilary sabotaging the Jabot research project, but she has lied to and about Ashley for months. To ice the cake, Hilary is now targeting Ashley’s brother Jack with her sick games. Ashley might look the other way if an accident befell Hilary.

Ashley sees that Hilary’s behavior is not only harming those she loves, but also costing countless other lives because of the schemes that Hilary has engaged in that is messing with the potentially life-saving research project they’re both working on. Would Ashley rig a lab “accident”? Maybe…

Knight has just a few episodes left – The Young and The Restless spoilers tease that Neville will be making his exit from Genoa City soon. But will he be taken out in handcuffs as an accessory to kidnapping – or something else? Neville’s treatment might be blamed if Hilary goes back into a coma.

Neville may yet take the fall for Hilary’s failing health. Alternately, if Hilary’s lies send Neville to jail over the lab tech bribery or kidnapping, he won’t be able to complete his research and she might die since he can’t treat her – that would be karma. Neville might want her dead, but would he kill her? Nah.

Given Hilary’s current behavior, it might be a simpler question to ask who does NOT hate Hilary and want her dead. Aside from these four, there are lots of others that would be happy to see Hilary gone – whether that means on a permanent vacation or six feet under!

Who do you think hates Hilary most and would like to see her dead? Vote in the POLL and share your comments below.

Who Wants Hilary Dead & Might Try to Kill Her?
What do you think Y&R fans? Would you miss Hilary if showrunners put her into a permanent coma, sent her out of town, or killed her off? Check back with CDL often for more The Young and The Restless spoilers, news and more.