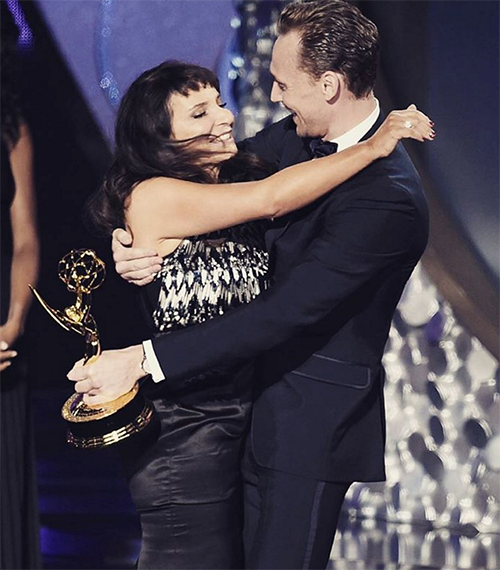 Tom Hiddleston is seeking revenge on his ex-girlfriend Taylor Swift by looking for an A-list girlfriend to parade around with on the red carpet. In fact, there’s a new report that says Tom actually misses all of the media attention he got when he dated Taylor this past summer and that’s why he’s desperate to get back in the limelight with a new woman by his side.

Even though Taylor allegedly dumped Tom for being too fame-hungry while they were dating, it looks as though Tom is desperate to be in the headlines again. After all, his fame shot up thanks to his romance with Taylor, as their relationship was splashed all over the gossip blogs and tabloid magazines.

Tom is so addicted to the attention – along with the private plans and non-stop paparazzi – that he’s willing to do anything to find someone even more famous than Taylor. His life hasn’t been the same since Taylor pulled the plug on their relationship and he supposedly thinks that being in a high-profile relationship will actually help his career, too.

There’s no doubt that if Tom Hiddleston were to find a girlfriend with even more A-list influence than Taylor Swift, it would leave the singer in a tailspin. If there’s one thing that Taylor doesn’t like, it’s being compared or overshadowed by someone who is clearly more accomplished than her. That’s why the singer was fuming behind closed doors when Tom was spotted so openly flirting with gorgeous Hollywood actress Priyanka Chopra. Even though they supposedly exchanged phone numbers, the duo hasn’t been spotted on a date just yet.

Of course, it will only be a matter of time for Tom steps out with another girlfriend soon and, when he does, Taylor will definitely try to steal the attention away from him, especially if his new girlfriend just happens to be an A-lister. As jealous and vindictive as Taylor is, there’s no denying that she would be willing to pull the biggest stunt of the year just to keep the headlines and attention on her.

Do you think Tom Hiddleston is seeking revenge on his ex Taylor Swift by trying to date an A-list star? Let us know your thoughts below and of course, check back with CDL for all the latest news and updates on Taylor Swift, Tom Hiddleston and all of your favorite celebrities here!