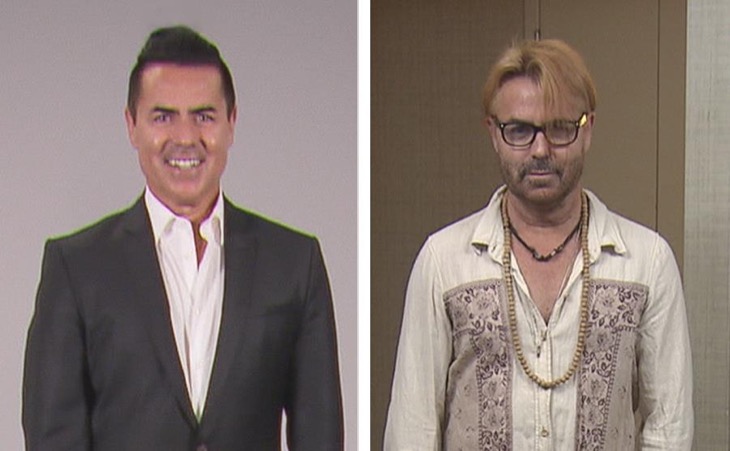 Greg Scott is the latest CEO on tonight’s all new episode of “Undercover Boss” and he’s lead quite an interesting life.

Greg had apparently been grown up in Napa, California and he had been raised by his father after his parents after his parents had split up. But luckily Greg and his dad had had an amazing relationship. He remembers his father as the one of the first to believe in him and he had counted the other man as his best friend growing up however his father unfortunately, passed as when he was college and he was sort of left without support after that. His birth mother hadn’t really been around and so Greg had more or less drifted towards his work without anyone to fall back on. So that eventually turned out to be a good thing for Greg.

He had gone to the best schools like UCLA and Harvard. However, Greg hadn’t slowed down after college because he had quickly gotten into the Macy’s training program and from there his career has only grown. He worked for Macy’s, Kate Spade, Arden, and even at Bebe’s. So what truly led to his career at New York Company had been the fact that he had been let go at Bebe’s for no apparent reason yet thanks to that he started his job at NY & Co in May of 2010 and has been changing up the company’s overall brand. The brand had been losing money because women at the time had perceived as an old woman’s store so Greg has been the one that was turning the brand around.

Greg had had a rough start at the beginning, but now the company was making a profit in their nationwide stores as well as in their online revenue which brings in about two hundred million dollars a year. Yet, Greg had felt that there was still more he could do and that’s why he decided to do “Undercover Boss”. He had thought that the show would help understand what he needed to work on if not get rid of and so he had been in for a surprise when he went to go work with Anthony in Sales Associate. Anthony had taught Greg that the company had wasted money and that it wasn’t treating the males associates as well as the women.

Greg had pretended to be Brett who was into Hippie/ Surfer Chic and that had made Anthony feel more comfortable about addressing certain issues. But Anthony had showed Greg that the tablets that had been put in all of the stores weren’t actually being put into great use. They were instead locked into the cash register system and the manager was the only one that had the keys in unlocking them. So that had made Greg feel like the company had wasted money in getting tablets that were supposed to help the Sales Associates find the product that they were looking for though what had thrown him for a tailspin had been the dress code.

The women associates were allowed to wear color and even jeans as a way of showing off the products in the stores. Though the men were told they had to wear black pants with a white button-down shirt. So men like Anthony had felt they couldn’t be as creative as the women and it was a little unfair to them so Greg had told himself that he was going to change that. And another thing he had wanted to change was Anthony’s life. Anthony was interested in fashion and wanted to go to school for it because that’s where his passion lied.

Yet, Anthony had needed the money to start school and that’s where Greg came in. Greg had offered Anthony twenty thousand dollars for college and he had also offered Anthony the opportunity to work with the head designers for the company to get that additional experience he needed. So Anthony was going to go to school and he didn’t have to worry about his grandmother. Greg also gave him 60 thousand dollars to help Anthony and his grandmother afford some better housing that sent Anthony into tears. He said he wanted to give his grandmother a better place because she had always taken care of him and now with Greg’s help could finally take care of her.

So Greg had changed Anthony’s life with this experience and the young man hadn’t been the only one to receive assistance. Greg had also met Amber who had had to leave her job at another store because she had a difficult pregnancy however she was great at what she did and should have long been promoted to manager which she was at the other retailer. But Amber had been blunt as well. Amber had said that it was rare for younger women to come in because they still thought of the stores as carrying old ladies’ clothes and so Greg had later asked Amber for the help that. He offered her a job as a consultant with an additional fee of five grand and he also gave her forty thousand dollars so that she could finally get married as well as move out of her mom’s house.

Then there was Pinya. Pinya had fallen into retail because her daughter had been sick and she hadn’t had enough experience with the five-year gap to do anything else. However, Pinya had showed Greg that there should be a fallback plan when the manager goes on maternity leave because there had been no one left to lead. So Greg had offered to get Pinya the help she needed in the stores and he had also given her twenty thousand dollars so that she could finally have the leeway to pursue her dream one which was to work with children. And so Pinya was now working her way into opening up a daycare for military families.

Though with Eva, Greg had realized that the stores needed a better way to find signs in the back so while he working on that he had also told Eva how much she reminded him of his father. She had been a single mother with three kids and her son had been willing to give up on the college he had wanted to go to for something cheaper. So Greg had offered her seventy grand so that her son could go to his dream school and with that load off her mind – she was working towards a management position.