Who Won ‘Big Brother 18’ Final HoH Spoilers: Round 1 Endurance Winner is Paul – James and Nicole Face Off in Round 2 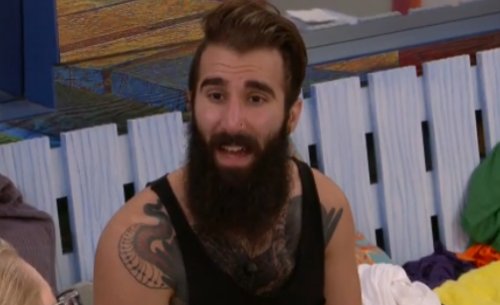 New Big Brother 18 spoilers from the Live Feeds reveal the BB18 HoH Round 1 winner is Paul. The three-part Final HoH competition kicked off last night right after Corey’s LIVE eviction. James, Paul and Nicole faced off in the comp which was an endurance one so Paul did NOT seem the likely winner.

Both Nicole and James are usually much better at endurance comps and this one was a wall comp that was modified with a rope element. Surprisingly, Paul triumphed and that means he gets to advance straight to Round 3 of the Final HoH competition. 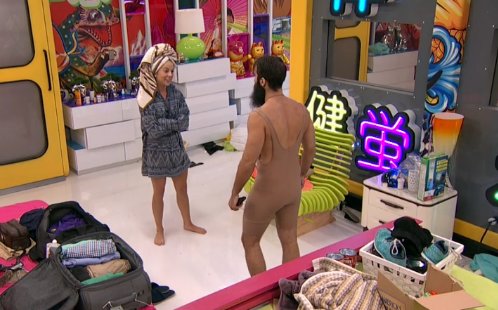 Paul insisted that James didn’t throw it and was trying to win. James revealed later that he lost his balance, didn’t throw it, and was genuinely surprised that he didn’t win it. Paul seems to be fully committed to Nicole as his new ride or die since Victor is gone. 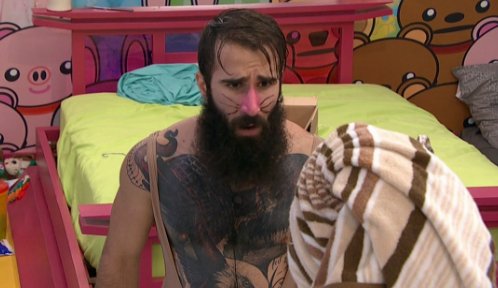 Paul will cut James if he gets the chance. Paul said Nicole needs to win Part 2 so that James doesn’t stand a chance of final HoH. Nicole thinks she’s a lock to win against James and Paul offered to help her study so she’s even more prepared.

Nicole, though, seems to be stringing Paul along waiting to see how things shake out with the HoH comps. Corey advised Nicole, prior to his Week 12 eviction, that she should work with James. Corey is right for many reasons. 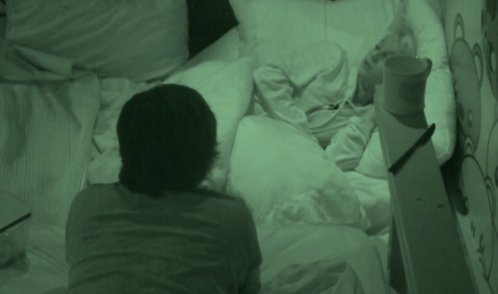 Nicole has played a stronger game than James bar none. But Paul is, surprisingly, very likable. When BB18 first started, he was just annoying but he grew on the BB18 fans and on the houseguests and his speeches are always epic.

Paul could talk circles around Nicole to the jury. Plus, the girls in the house would be likely to vote for him – unless they decide they want to see a girl get the check. They have to balance their girl power thoughts against their dislike of Nicole. We’ll see. 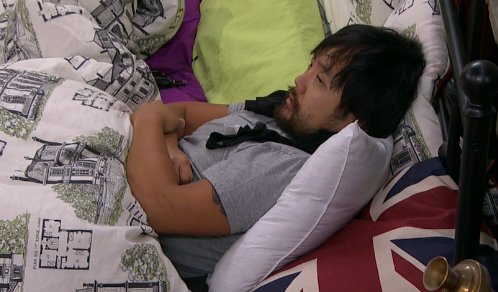 Round 2 of the Final HoH comp will play out on Friday and we’ll see Nicole flip based on the results. She’s in a good position to determine her own fate. Nicole is playing this well. She schemed with Paul while James was in the shower and couldn’t see them.

Later, when Paul was called into the Diary Room, Nicole had a round of scheming with James. He offered to throw the Round 2 HoH comp to her and she said if he did, she will take him to Final 2. Then when Nicole went into Diary, Paul talked F2 with James. 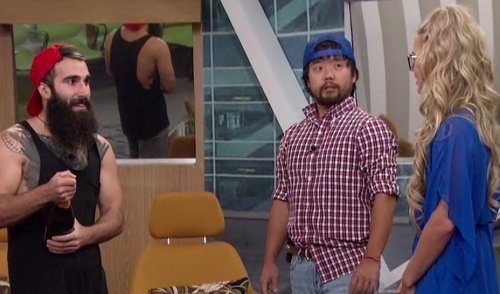 It’s a round-robin of scheming between the three with all making F2 plans. That makes sense as everything is still wide open at this point. Share your comments below on Paul’s Round 1 Final HoH win and who you hope to see in the BB18 Final 2.

And be sure to check back with CDL often for the latest Big Brother 18 spoilers on competition results, Live Feed action and more!