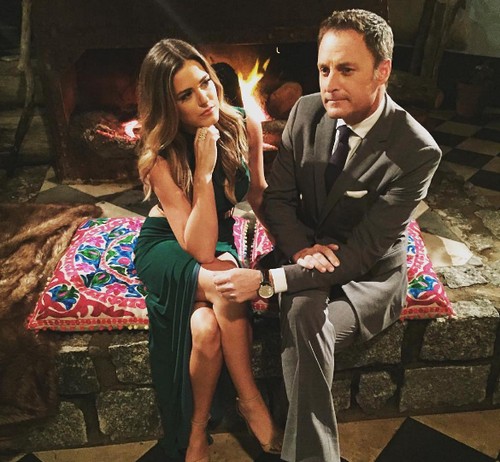 Who won The Bachelorette 2016 spoilers are ramping up as the Season 12 Final Rose Ceremony approaches. Are Jojo Fletcher and her Bachelorette 2016 winner getting married? According to Season 12 spoilers from Reality Steve, Jojo’s final rose recipient is none other than frontrunner Jordan Fletcher.

Like we didn’t all see that one coming before the show even started! Reality Steve’s spoilers indicate that Jojo Fletcher and Jordan Rodgers are currently engaged, but don’t expect a wedding.

It looks like ABC has put together another Bachelor Nation couple that will never make it down the aisle to say their “I Do’s” … shocker. The Bachelorette 2016 spoilers have been teasing since before the show even began that Jordan Rodgers is a total player, just ask his ex-girlfriend Birttany Farrar, and the last thing Jordan has any intention of doing is settling down with just one girl.

Jordan Rodgers’ “friends” are singing like canaries to tabloids, and just like the other guys on Season 12 of The Bachelorette, they claim that Jordan joined the reality TV show to gain exposure and keep his career going after being cut from the NFL.

Ironically, Chad Johnson and James Taylor expressed to Jojo Fletcher on the show that they got the exact same vibe from Rodgers.

Jordan Rodgers may be who won The Bachelorette 2016 and he will most likely play the part perfectly as long as necessary, but don’t count on him actually marrying Jojo Fletcher. As a matter of fact, it looks like Jordan’s plan is already paying off, and he has already landed a gig at ESPN, although the details haven’t yet been released.

In Jordan’s defense, he is not the first and probably won’t be the last person to join The Bachelor or Bachelorette to launch their own personal career, not find love. Look at Ben Higgins, he just scored another reality show and is branching off into politics.

Andi Dorfman quit her job as an attorney to peddle products on social media and write a book, and we have lost count of how many TV shows Chris Soules has been on.

What do you guys think? Is Jojo Fletcher’s 2016 winner Jordan Rodgers actually going to marry her? Or just ride the fame train as long as he can? Share your thoughts in the comments below and don’t forget to check CDL for all of you’re the Bachelorette 2016 spoilers and news!