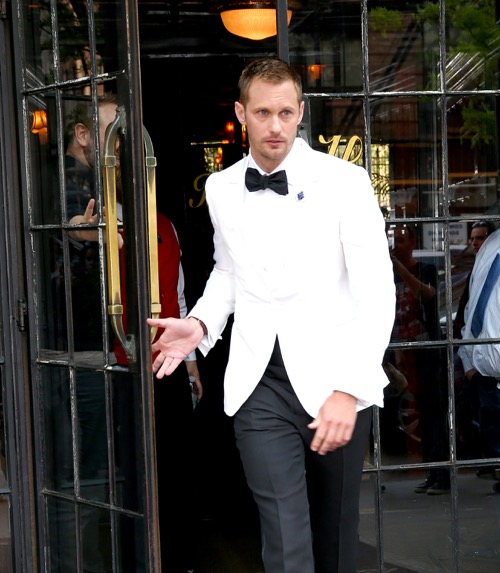 New reports say that Alexander Skarsgard and Alexa Chung have broken up. But apparently, the Swedish hunk already has a new girlfriend by his side. The ‘Big Little Lies’ star is reportedly dating Leonardo di Caprio’s ex, super model Toni Garrn.

Even though Alexander Skarsgard and Alexa Chung were together for several long years, they’ve always managed to keep their relationship under the radar. Alexander never talked about their romance in public. He also didn’t take her to any of his red carpet movie premieres. They were occasionally photographed running their errands together by the paparazzi and that’s it. The last time Alexander and Alexa were spotted together was back in May.

That’s why so many of the actor’s fans are surprised that he’s moved on so quickly after his split from Alexa. Alexander was spotted having a romantic dinner date with German model Toni Garrn in Montauk on Saturday, July 8th.

In fact, one source close to the situation told Page Six, “This was the first time they met. It was a blind date set up by a mutual friend. Toni was nervous, so she brought two girlfriends. They had lunch at his house and then all hit Gurney’s.”

Unfortunately, the insider goes on to say that they didn’t hit it off very well. In fact, there might not even be a second date in the cards. Still, a lot of people can’t help but wonder if this means Alexander Skarsgard is looking to become Hollywood’s next Leonardo di Caprio. After all, Leonardo has a reputation for dating supermodels. And apparently, Alexander is no different. Alexa started off her career as a model. And apparently, models just happen to be Alexander’s type.

If his romance with Toni doesn’t work out, a lot of his fans wouldn’t be surprised if he moved on with another supermodel. Plus, Alexander is the kind of person who likes to keep his personal life out of the headlines. He wans to be as discreet as possible. That’s also another reason why so many people are calling him the next Leonardo di Caprio. If there’s one thing he doesn’t like, it’s making headlines for his personal life. 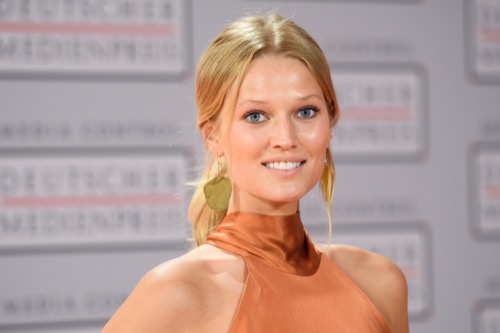 So far Alexander Skarsgard himself has not made any comments about his break-up with Alexa Chung or his new romance with Toni Garrn for that matter. In the meantime, don’t forget to check back with CDL for all the latest news and updates on Alexander Skarsgard right here!