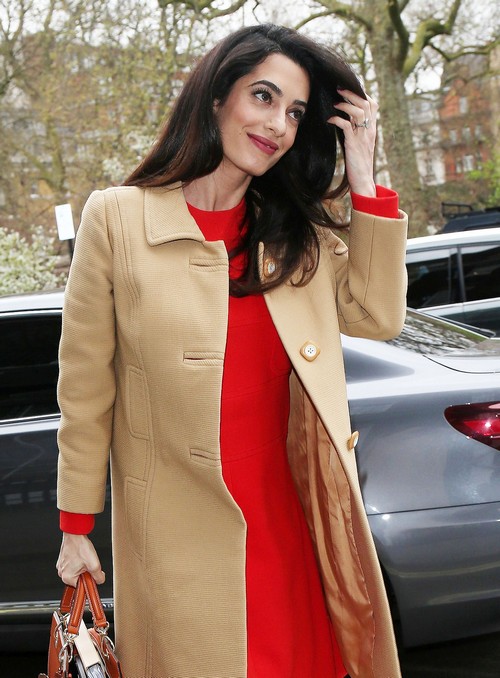 Amal Alamuddin and George Clooney are silencing their neighbors by offering them lavish gifts and getaways. In fact, there’s a new report that says the celebrity couple have allegedly given their new neighbors over $50,000 in gifts as their way of saying I’m sorry for the loud disturbance coming from their home renovations.

Multiple reports say that pregnant Amal and George have been renovating their multi-million dollar English estate for several months now and apparently, their neighbors hate it. It’s because the constant noise and paparazzi have caused havoc in the otherwise quiet Sonning neighborhood, outside of London. Apparently, Amal Alamuddin and George Clooney know that their home is causing a lot of problems and that’s why they are trying to win over their neighbors by buying their silence. 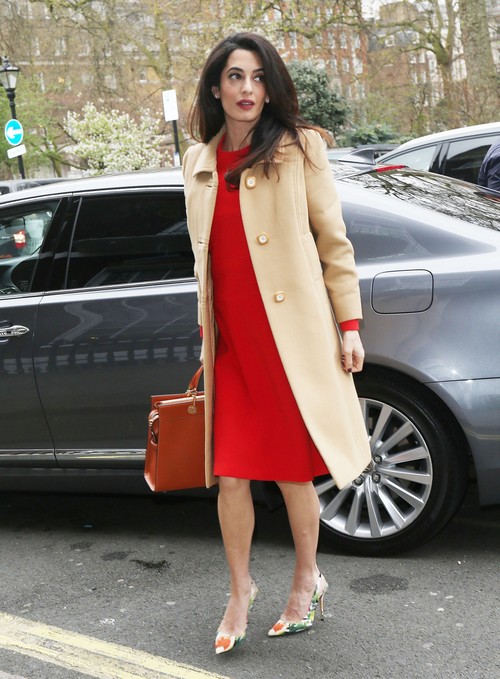 Sources indicate that Amal and George have been offering their neighbors hotel stays and have been compensating them “generously for the hassle of the building work,” according to Britain’s The Sun. The Clooneys are currently renovating their estate, which includes a 12-seater cinema and tennis court.

Of course, it’s not surprising that Amal Alamuddin and George Clooney are trying to win their neighbors’ silence with luxurious vacations and cash gifts. After all, Amal is currently expecting the couple’s twins and is hoping to raise them in their British estate. At this point, she and George are making it pretty clear that they want their babies to be born and raised in England. The last thing they want is to make enemies with their neighbors and that’s why they are doing whatever they can to be in their good graces. 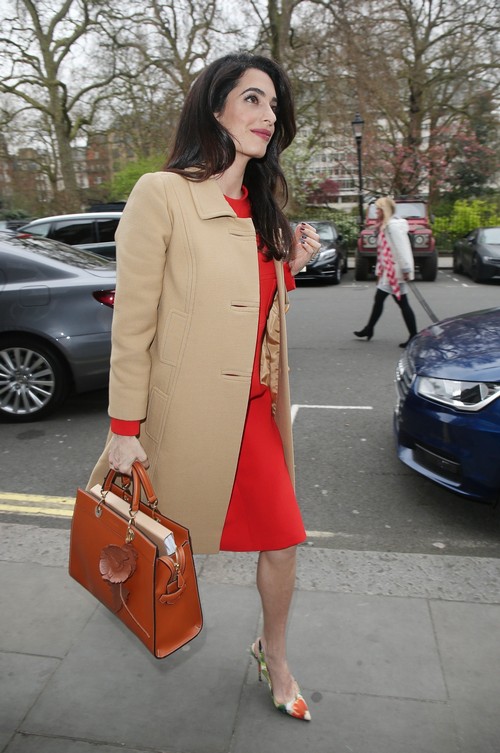 After all, George and Amal want their children to have normal lives outside of Hollywood. That’s why they are doing whatever the can to buy everyone’s silence before it’s too late. Amal doesn’t want to raise her family in Hollywood or New York City. She believes the only place for her family is in Sonning.

So far neither George nor Amal have made any comments about the report. Tell us, are you surprised that Amal Alamuddin and George Clooney are spoiling their neighbors with beach getaways and cash gifts? Is this their way of trying to keep their neighbors from talking to the press? Drop us a line with your thoughts in our comments section below. Also, don’t forget to check back with CDL for all the latest news and updates on Amal Alamuddin and George Clooney right here!