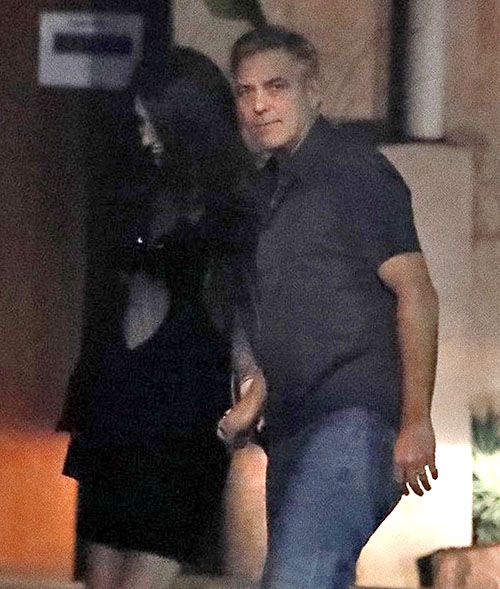 Amal Alamuddin and George Clooney were spotted dining in Barcelona, Spain this week. The A-list couple was spotted dining with George’s parents Nick and Nina Clooney at the Rooftop Smokehouse Restaurant.

George was dressed casually in a loose-fitted shirt and jeans while Amal wore a tight black dress that showed off her curves. Many reports indicate that Amal is pregnant with the couple’s first child. Others say that the British human rights lawyer is pregnant with twins. So far, neither Amal nor George have confirmed the pregnancy to the media.

Were Amal and George celebrating their pregnancy news with George’s parents in Barcelona? That’s what fans can’t help but wonder. Many eyewitnesses say that Amal has put on weight around her midsection. She was first spotted with what looked like a baby bump at the premiere of Netflix’s documentary ‘The White Helmets’ back in January. 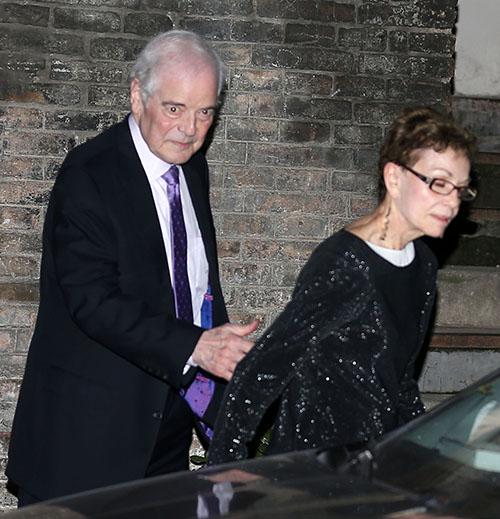 Earlier reports indicated that Amal wants to raise their child in her native England. After all, the couple has a multi-million dollar estate Sonning, England. This way, Amal will be able to continue working at her law firm in London. Insiders believe, though, that George will have to put his Hollywood career on hold. There’s no way he will be able to help raise a family in England while trying to work on new projects in Los Angeles.

Does this mean that George has finally settled on fatherhood? That might be the case. George Clooney and Amal Alamuddin have been spending more time in England than in California these days. Insiders say that Amal has been begging George to get pregnant for several months now. Now it’s only a matter of time before Amal and George share their happy news with the rest of the world. 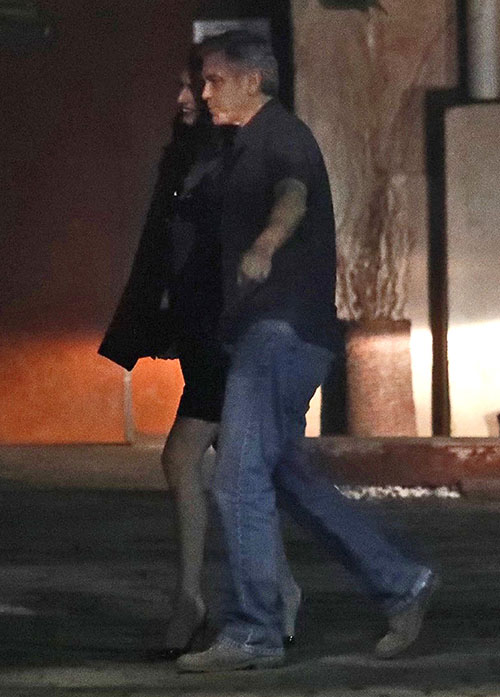 But many insiders know that she will have to open up about it one way or another, especially as her pregnancy progresses. Amal won’t be able to hide her baby bump for very long. Plus, George Clooney is one of the biggest stars in Hollywood. The press will ask him about fatherhood one way or another.

Take a look at our photo gallery below of Amal Alamuddin and George Clooney and let us know what you think. Can you spot her baby bump in these photos? Will Amal make her pregnancy announcement soon? Drop us a line with your thoughts in our comments section below. Also, check back with CDL for all the latest news on Amal Alamuddin right here!