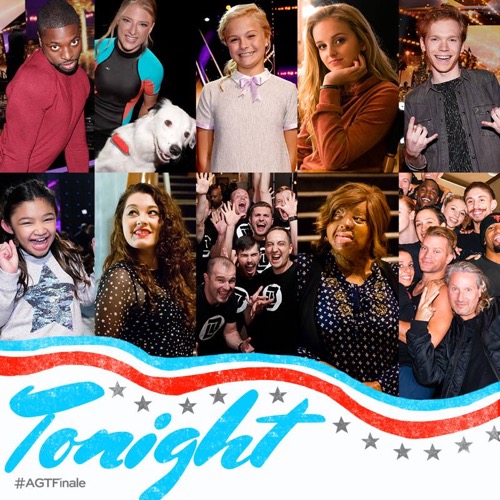 Tonight on NBC America’s Got Talent begins its new season with an all-new Tuesday, September 13, 2017, episode and we have your America’s Got Talent recap below!  On tonight’s AGT season 12 episode 23 Finale as per the NBC synopsis, “The top 10 acts compete one last time at the Dolby Theatre for the chance to win one million dollars and be named the most talented act in America.”

The Top 10 competed tonight for their last chance at name making career and million-dollar prize. However, the Top 10 was comprised of a very eclectic group. There were all performers though some sang, some dance, and others simply entertained. So Tyra kicked off tonight’s episode with a look back before and the audience remembered how it all began for tonight’s young hopefuls on this latest season of America’s Got Talent”. And by the end of it, Tyra wasn’t the only one left gobsmacked.

There had been great talent and there had been Top 10! Though throughout it all, one of tonight’s brightest stars has always been Angelica Hale. Angelica had had to miss out on her little brother’s birth because of the competition yet the little girl was getting to live out her dream and so that’s what she put in her letter to Hector. She asked him to never stop believing and then she went out onstage to win over the crowds with her rendition of Zara Larsson ‘s “Symphony”. “Symphony” as it turns out was a great choice for her.

Angelica had gotten the chance to hit those high notes that left everyone around her wondering how she was able to do that. Yet, that was just Angelica for you. She was talented singer and the judges didn’t even have a single complaint afterwards. So if there was anything that gave Simon a Simonesque look on his face then it must have been when Tyra suggested she also sing a little bit because right away Simon asked her not to. And then right afterwards, she chose to ignore him and did try hit a high not if only to laugh at herself.

After that, however, it was Chase Goehring’s turn. The young man had come a long way from the kid that kept facing rejection and told to compromise or become sell out. But Chase proved why the audience and judges loved him so much when she sung an original song and there was also some rap thrown in which was unexpected. So the judges could have said he strayed too far and they didn’t because they loved what Chase brought to the table. Chase was versatile and he showed that every time he performed.

However, having so many people believe in him had also done a lot for Chase. He didn’t even have to win by this point because now he knew that there was no reason to change who he was or what he looked like just to fit a stereotype. Sara was another one that had been told that there wasn’t a place for her or what she did and though she was also landed in the Top 10 and so now Sara knows that she doesn’t have to compromise. There was a place for her and her dog Hero. So all those people that told her to get a real job never realized how much she and Hero made people smile.

The duo took the stage after Chase and they were cute. Though Mel B didn’t think it was executed as well as it could have been. She later said that it wasn’t perfect and Howie had backed her up. He too saw that there had been some mistakes with the act and so it became him and Mel against the others because Simon and Heidi just loved that dog. So overall Sara and Hero’s performance was good yet it could have been better and they have done better in the past. And so hopefully that won’t cost the duo a place in the Top 5!

So after Sara and Hero had gotten their chance, it was Diavolo’s turn. The acrobatic dance group have been steadily pushing themselves since the start of the competition and their leader said that they were ready for their “do or die” moment. Yet, Diavolo’s actual performance was just something else. They went bigger and more precise than ever before and it was beautiful to watch. The judges were wowed and some had been left stumbling for the right words, but they all thought that Diavolo deserved their own show. And so it sort of a tough act to follow.

Except Evie Clair did do her best when she went up next. The teenager decided to sing a slower version of “What a Wonderful World” and she was great. The judges and the audience had all given her a standing ovation because the performance had gotten some of them teary-eyed. So from Howie to Simon they loved her. They understood she dedicated her song to her dad that passed away and so they told her about how they all felt the emotion she put into it. And so for once, Simon said he wouldn’t judge her on her performance.

Now that could be good or bad! Yet, Simon also went on to tell Evie how proud of her he was and so that more than anything proved how talented she was. So after Evie, there was Preacher Lawson. The comedian came from a happy and funny family. They laughed amongst themselves and weren’t afraid to take shots, though while Preacher inherited some of his skill, not everyone was happy with tonight’s performance. Heidi for one had said that his material fell flat for her and that if he hadn’t thrown in any physical comedy then she wouldn’t have thought any of tonight’s material was good.

Though some of the others had disagreed with Heidi and Heidi got herself booed for her opinions. So it was a toss-up! Preacher wasn’t for everyone and that could either hurt or help him if he gets into the Top 5 however he wasn’t the first controversial act and he wouldn’t be the last. And so there was still a chance for him and meanwhile the audience moved on. There was one person the audience hadn’t heard from that yet they were also dying for and so eventually Kechi took the stage!

Kechi has been through a lot and she will probably still have to suffer a couple of inappropriate stares. However, Kechi was forever beautiful onstage and when she sang “Conqueror” she managed to even change Mel’s mind about the song. Mel said that she didn’t like before and now she does after hearing Kechi sing it. So Kechi managed to change a song that not everyone liked into her own anthem because that’s what Simon called it. Simon said that she brought that song to life and it sure looks like she did.

Then following what was surely an impressive performance, Darci Lynne Farmer took the stage with not one but two puppets. Darci introduced her two puppets that were squabbling over one thing or another when Darci suggested the song “With a Little Help from My Friend”. But her puppets didn’t want Darci to sing along so it became just a duo. A duo that managed to pull off very well and which gave the audience a smile because of how funny it was. The fact that Darci could do that and that she was self-taught was something that still wowed the judges.

They loved themselves some Darci and the twelve-year-old never disappointed them. However, it was Mandy Harvey that somehow didn’t live up to her awesomeness. Mandy hasn’t most of the stuff that was out there and she had a beautiful voice despite her disability though tonight she didn’t impress Mel B. Mel said her performance wasn’t as great as before and then she added that she would leave Mandy’s performance last week on the mind because that had been great. So Mel sort of canned Mandy’s performance tonight even if no one else agreed with her.

Simon for one loved Mandy. He thought she was one of kind and had defended her performance tonight because he thought Mel was being unfair. So moving into the last performance of the night, the judges found themselves split. They couldn’t always agree only tonight with so much on the line it was like they were barely in tune. And so it proved to be a good thing they weren’t the ones making the decision anymore. The judges were off and the audience were the only ones that could break the tie.