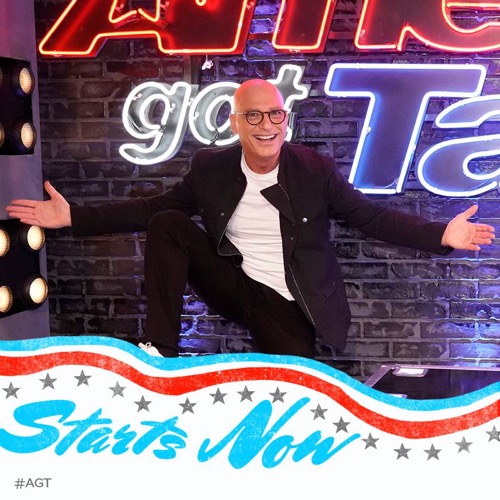 Tonight on NBC America’s Got Talent begins its new season with an all-new Tuesday, August 22, 2017, episode and we have your America’s Got Talent recap below!  On tonight’s AGT season 12 episode 14 as per the NBC synopsis, “Twelve acts will take the stage at the Dolby Theatre in Hollywood for the chance to win the $1 million prize, as judging is turned over to the American viewing audience.”

The show opens with a recap of last week’s winners. Tyra then takes the stage to introduce the judges. Simon, Mel, Heidi and Howie are ready to go. Only 7 acts will move on tonight. The first act to take the stage is Brobots & Mandroidz. They are a dance crew with amazing moves. While Howie thought they were good he wasn’t wowed. Mel disagrees. She was wowed through the whole act. Heidi could really tell they had been rehearsing. She and Simon were both very impressed. Tyra encourages the home viewer to vote if they want this act to move forward.

Nine year old Celine Tam is the next act to perform. She and her family have been having a wonderful time in Los Angeles. She is dreaming of winning America’s Got Talent. Mel thought Celine was so brave but the song was just too big for her. Heidi disagrees and thinks her voice was so sweet and innocent. Heidi sees so many opportunities for Celine. Howie thinks while her voice isn’t polished America will love her and will vote for her. Simon thinks for a nine year old girl she did a great job.Tyra encourages

Tyra encourages viewer to vote, vote, vote as she introduces Mirror Image. Simon buzzed them during the first round so they are going to do the best to win him over tonight. Simon buzzes the act again. He says while he likes them he doesn’t know what to make of the act. Heidi and Mel feel like the moms of these boys and think they are very entertaining. They both hope America votes for this act. Howie is also a little confused but did enjoy them.

Johnny Manual is a 31 year old singer. He had a recording contract when he was just a teenager. It didn’t pan out and he has been lost ever since. Johnny got the Golden Buzzer in the last round and he is hoping to wow the judges tonight. Simon thinks Johnny really proved himself tonight. He could be on Broadway. Howie thinks Johnny’s act was the highlight of the night. Heidi has no doubt that Seal was right when he hit the Golden Buzzer for Johnny. Tyra reminds the home viewer to vote using the app or on line. Merrick Hanna is an

Merrick Hanna is an 11 year old dance who moves like a robot. During the performance the judges and the audience are on their feet. Mel found him mesmerizing. Simon thinks this is the best act of the night because of Merrick’s originality and talent. Merrick is overwhelmed with Simon’s feedback. Tyra tells the audience they can vote up to 10 times on each device they have. The next act will be a magician.

Eric Johnson’s has loved magic since he was a little boy. His father died several years ago and Eric hopes to make him proud tonight. Howie, Mel, and Heidi help Eric with his act. He does several tricks with a card, poker chip and piece of glass. Simon liked the magic and thinks Eric has gotten consistently better but still needs to work on his showmanship. Howie likes his low key presentation. Tomorrow we will know if America also likes his presentation.

The Masqueraders have been together for over 50 years. They recorded their first single in the same studio as Elvis Presley and were living just blocks away from the hotel where Martin Luther King was assassinated. Mel loved the performance and thinks the group has a feel good feeling but tonight it was just a little too over produced. Simon loves everything the group stands for and encourages America to vote for them. Howie thinks they have a classic sound and hopes the show can make their dream come true. Heidi feels bad that America hasn’t been listening to them all these years.

Light Balance is a dance troupe from the Ukraine. Tyra gave the group the Golden Buzzer during their first appearance on the show. They hope the show will help them give their families a better life. Tyra takes the stage to tell the audience that there is a technical problem so instead of seeing the act live we will see a tape of their dress rehearsal from earlier. She promises it is just as good. Howie and Simon both would definitely vote for this original act. In fact, it was Howie’s favorite act of the night. Mel loved their creativity as did Heidi. All the judges want to see them again.

Tyra reminds the viewers at home that they will decide who moves on to the next round of the show. Evie Claire is a singer who is performing for her dad tonight. He has stage four colon cancer and has only been given a 5% chance of survival. Tonight she sings and plays the piano. Her performance left Howie was speechless and Mel thought she was a singing angel. Heidi was so very proud of Evie and thinks she is so special. Simon found her to be so brave.