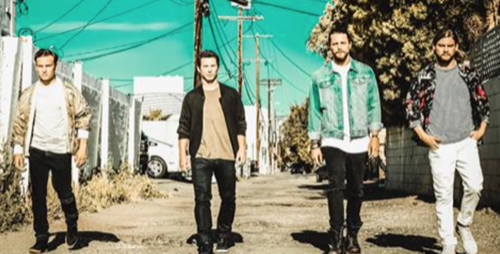 Tonight on TNT Animal Kingdom premieres with an all new back to back Tuesday, June 13 season 2  episode 3 Animal Kingdom recap called, “Bleed for It.” On tonight’s Animal Kingdom season 2 episode 3 as per the TNT synopsis, “Smurf takes J to the desert for an old friend’s wake. Also, Baz visits Lucy in Mexico, Pope forges a bond with Amy from the megachurch while babysitting Lena, and Deran mulls over what he’ll risk in order to get a liquor license for the bar.”

Tonight’s episode of Animal Kingdom looks like it is going to be great and you won’t want to miss it, so be sure to tune in for our live Animal Kingdom recap at 9:00 PM ET! While you wait for our recap hit the comments and let us know how excited you are about the season 2 episode 3 of Animal Kingdom.

There had been something about Manny that had had Smurf worried. However, now that he was dead, she believed she had every right to go to his funeral and she had even asked her grandson J to go with her. So he thought that he was offering emotional support, but he found out differently when Smurf warned him that he had to watch her back and that it would better if he didn’t speak to anyone at the funeral. And so that had made J curious. He wondered about what they were walking into and had questioned the idea of attending the funeral if it was going to be dangerous.

But Smurf had been adamant. She had wanted to go to the funeral and so they were going to go though they had left Nicky at the house by herself and the teenager couldn’t be trusted around Craig. She had sat back while Craig had gotten stuff out of Smurf driveway and she hadn’t been sure whether or not Smurf would have lent him those things only that didn’t matter to Nicky because she thought she was in a relationship with Craig. As if they were boyfriend and girlfriend and it was still high school.

Except Craig is an adult. He likes to take drugs and constantly sleeps with other women behind her back. So Craig didn’t really think he was in a relationship with Nicky and he had taken up a spot at Deran’s new bar because he thought it was their bar and had liked flirting with the bartender.

Though Deran on the other hand had at least wanted to be professional. He had tried to shut down whatever it was that Craig wanted with their employee and he had also tried to get the bar up and running by getting the important stuff. Like a liquor license.

Deran wasn’t sure if he could get a liquor license because he had a record and ex-cons usually don’t get the benefit of the doubt. Yet, he thought that maybe if he could come up with a right buinsess plan and show that he was genuinely serious about turning his life around that he would get the liquor license. So Deran was being serious about the bar however Craig told him to relax and not take everything so seriously. He said that Smurf owned a ton of stuff and that her record had never gotten in the way because she greased things.

Smurf would pay off whoever she needed to in order to get what she wanted and that apparently had never backfired. However, Craig thought he and Deran could do the same thing so he eventually talked his brother into giving up on sensible plan in exchange for something reckless. So those two were just asking for trouble when Nicki decided to intervene. The teenager had gotten bored with hanging out by herself and so she kept calling Craig until he came over to the house. And not that surprisingly, he had wanted to break up with her.

Craig had gotten tired of Nicki clinging to him and so he had wanted to break up with her. But he had only run the idea past Deran and Deran hadn’t said anything against it because he wasn’t like his brothers. He didn’t necessarily think things through like say Baz or even Pope would. Then again Baz was down in Mexico to see Lucy and to get some stuff they needed for their next heist. So he was nowhere around and Pope was also busy watching Baz’s daughter for him when Craig thought confronting a drunk Nicky was an ok idea.

Though Craig seemingly never got around to dumping Nicky. She had drunk a lot of Smurf’s booze and that had made her shockingly aggressive. Like she finally grew a spine and realized that Craig wasn’t treating her right. So she told him what’s what. She said she knew about her dad and what he did for Craig’s family because that was her father hadn’t been able to sleep lately and had taken a job overseas just to get away from everyone. And so Nicky reminded Craig that she wasn’t stupid and that he couldn’t keep treating her like a kid if her.

So Craig changed his mind about dumping her and Nicky proved to be a lot more dangerous than anyone thought however things are finally looking up for the boys despite dumping Smurf. They had gotten everything they needed in Mexico and Baz had had an idea about finding people to work with that weren’t afraid of Smurf or like Smurf. They had found someone new to help them fence their items and Deran hadn’t bribed anyone to get his liquor license. And so they were fine. Yet, Smurf had ran into some old enemies at Manny’s funeral and she found out that Manny was losing it at the end.

He had unfortunately had some problems with remembering people so he had recorded everything that he could remember like running jobs with Smurf and now that information was out there.