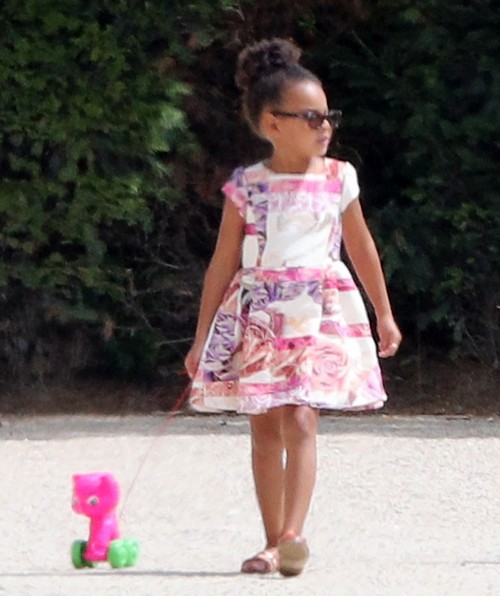 It looks like Beyonce and Blue Ivy are giving Kim Kardashian and Kanye West a good run for their money. There’s a new report that says Bey is looking to launch her own kids’ line with her 5-year-old daughter, Blue Ivy. In fact, Beyonce and Jay-Z trademarked the young tot’s name for future use in beauty, fashion and electronics.

Reports say that Beyonce wants to start her own line of Blue Ivy Products. She apparently filed legal papers to reserve her daughter’s name for commercial use. Apparently, she wants to sell a range of products in Blue Ivy’s name that will also include clothing, hair care and even video games. 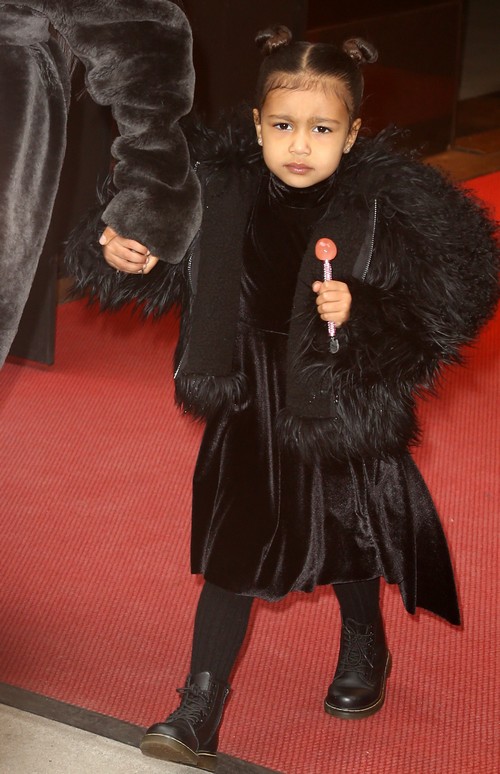 Of course, many fans couldn’t help but notice that Beyonce’s move to trademark Blue Ivy’s name comes only a few days after Kim Kardashian revealed that she and Kanye West are developing a kids’ clothing line. Kim shared a photo of her 3-year-old daughter North West modeling one of her designs on her Snapchat account. Kim even said in another clip, “Hey, where’s our model? See daddy and mommy are doing a kids line and these are some of the pieces. Northie picked out the colors and the fabric.”

So does this mean that Blue Ivy and North West will be competing with one another in the fashion and style world? Even though they are only toddlers, some believe that might be the case. Beyonce is using her daughter’s name to help make a mark on the world of kids’ fashion while Kim Kardashian and Kanye West are doing the same thing. Time will only tell if one line ends up being more successful than the other. 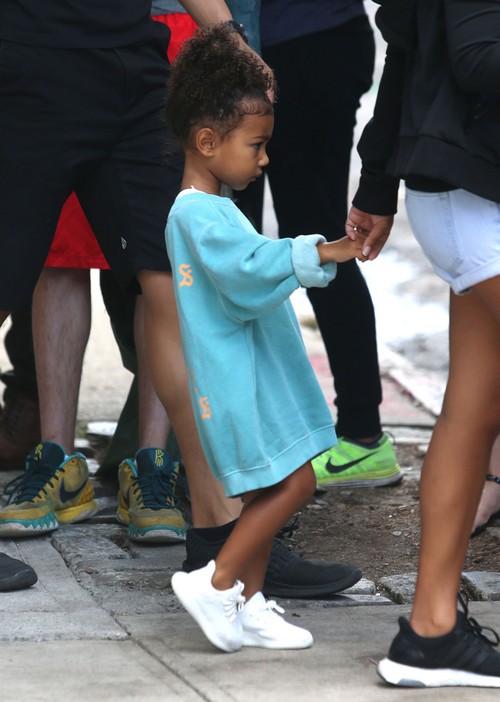 So far Beyonce herself has not made any comments about her Blue Ivy Products line. Yet, fans wouldn’t be surprised if she used her pregnancy as a way to promote her new line. After all, Bey will soon be a mother-of-three. Her fans are going to want to see more of her and her three children in the future and buy whatever they sell. After all that’s what people do. For Kim Kardashian though, this isn’t her first kids’ line. Kim and her sisters Kourtney Kardashian and Khloe Kardashian launched their Kardashian Kids clothing collection back in 2014.

Tell us, do you think Kim Kardashian and Kanye West should be worried about Beyonce’s new kids’ line? Let us know what you think in our comments section below. Also, check back with CDL for all the latest news and updates on Beyonce’s pregnancy right here!