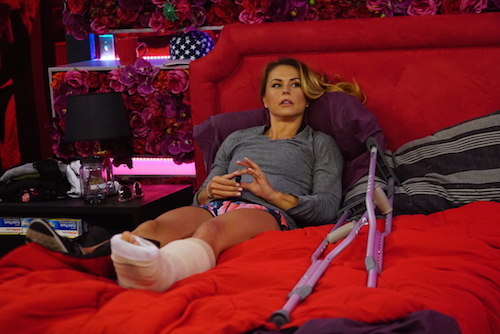 Big Brother 19 (BB19) spoilers have revealed all that is going on in week 8 in the Big Brother 19 house. Derrick (Big Brother 16 winner) hosted the HoH competition this week. Christmas Abbott won the game, which was totally thrown to her by Paul Abrahamian.

However, Christmas vows that it is ‘her’ HoH and she is going to make some big strategic moves this week. Christmas’s says that Mark Jansen is her main target, she nominated Jason Dent and Matt Clines as pawns in hopes to back door Mark like they did Cody Nickson last week. Not sure how much of a ‘big strategic move’ that is, as that has been the house’s (aka Paul) plan, so no big shock there.

Big Brother 19 (BB19) sources filled us in on the new twist in the game, the Tree of Temptation. For the next three weeks, this ‘temptation’ can be used to help or hurt one’s game, the catch is you do not know what until you open the apple. How can the houseguest choose an apple? The lights on the tree will turn red, once it turns red the first houseguest to go to the D.R. to claim it, is the houseguest who gets to choose an apple. 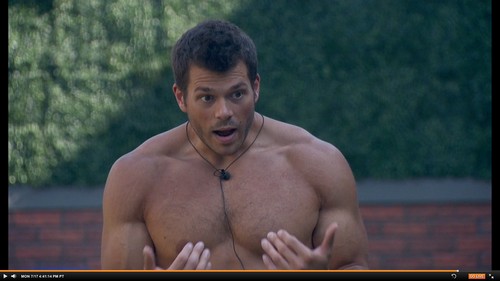 The houseguests can only claim and choose just once, and the apple is to be open and announced in front of the house. The prize/punishment is only good for that week. Mark, feeling the vibe of the house knowing he is the target for the week was the first to claim an apple. Mark received “Save a Friend”, it was used pre-nomination ceremony in which Mark choose to save Paul. Not that Paul was in any danger of being nominated since he threw the HoH to Christmas.

During the Veto Ceremony, Jason pulled himself off the block allowing Christmas to name Mark as the replacement nominee as planned. Making Jason the eighth player in Big Brother history (Paul did last year) to have the veto used to save him, but the first to have three different players used the veto to save him (Paul, Matt, and himself).

Big Brother 19 (BB19) live feed spoilers have indicated that the houseguests had another guest visit the house this week, the highly anticipated Zingbot! Big Brother 19 (BB19) cast has given Zingbot so much material to work with it should be a real ‘zinger’ of a visit. We all have certain players who we can not wait for Zingbot to zing!

Zingbot’s visit to the Big Brother 19 house on Wednesday, August 23. Are you looking forward to seeing Zingbot? Leave us a comment sharing your past favorite ‘Zingbot’ moments and let us know your thoughts on the new twist in the game The Tree of Temptation. Catch Big Brother on CBS Sunday/Wednesday nights 8/7c, and Thursday night Live eviction’s 9/8c. Then check back with us here on CDL, your source for all the latest news, updates, spoilers, and everything going on within the “Big Brother 19” (BB19) house.